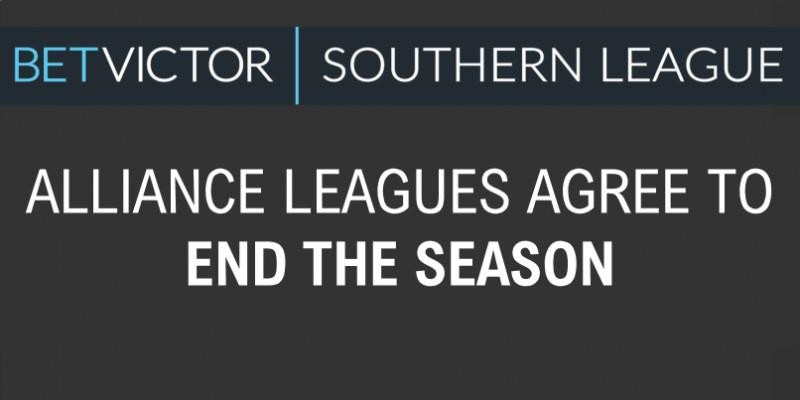 The Alliance Leagues held the latest of several conference calls last night (Monday) after our own board, and those of the Isthmian and Northern Premier Leagues, met over the weekend to determine how we wish to proceed. We have also participated in calls with the Step 5/6 clubs.

The Step 3 & 4 Leagues share clubs’ frustration that it is taking so long to determine whether the 2019/20 season is to end now, and if so on what basis. To maintain the integrity of our competitions, we ideally need to apply one solution across all of the National League System. However, this may not be possible.

The Southern, Isthmian and Northern Premier Leagues are unanimous in wanting to terminate the 2019-20 season immediately.

Whether that is done on the basis of determining final placings via average points per game, or the season is declared null and void cannot be decided until the National League decides how it wishes to proceed.

Right now, the National League’s position is that they wish to be able to resume the 2019-20 season at some point. The feeder Leagues do not support this because our clubs do not have the financial resources to continue to honour player contracts indefinitely.

The Southern, Isthmian and Northern Premier Leagues have therefore implemented the process to terminate the season. This has to be ratified by FA council, so there may be a short delay as the relevant documentation is submitted, distributed and approved. Therefore, the League’s desire is not the confirmed outcome.

Whilst this process is on-going, and once the National League has finalised how it wishes to proceed, competition issues can then be decided, together with the implications for promotion and relegation.