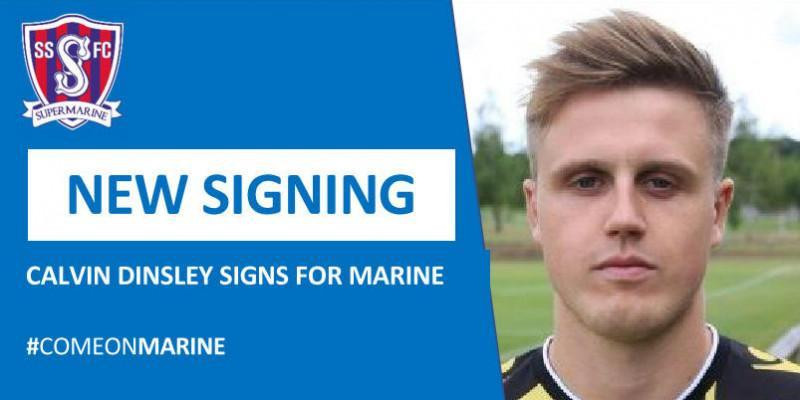 Swindon Supermarine Football Club is delighted to announce the signing of midfielder Calvin Dinsley from National League North side Hereford FC this afternoon. He joined Hereford from Gloucester City in March 2017 having previously had a month’s loan with them.

Calvin has played most of his football in the National and Southern Leagues having been with Gloucester City, Kidderminster Harriers and Redditch United. He started his career in the Youth team at West Brom before having short spells with Cambridge United, Evesham United and Stourport Swifts.

After helping Hereford FC to two championship titles he played seventeen times for them this season but found it difficult to recover his place in the side of a couple of niggling injuries and decided to move on ten days ago. Having spoken to a couple of other clubs he has now decided to sign for Swindon Supermarine and we warmly welcome Calvin to the club.

Manager Lee Spalding commented, “We are bringing in yet another talented player in Calvin and I can only see more positives to acquiring his signature”. The management team are delighted to announce the signing of Calvin.

His addition to the squad will add even more quality in the midfield area. This is another big step in the right direction, bringing in another player who has experience of playing at a higher level. We will continue to build the squad for the future and this is another great signing and shows what direction the club are looking to build and achieve over the next couple of seasons with the backing of the Chairman and the board of Directors.