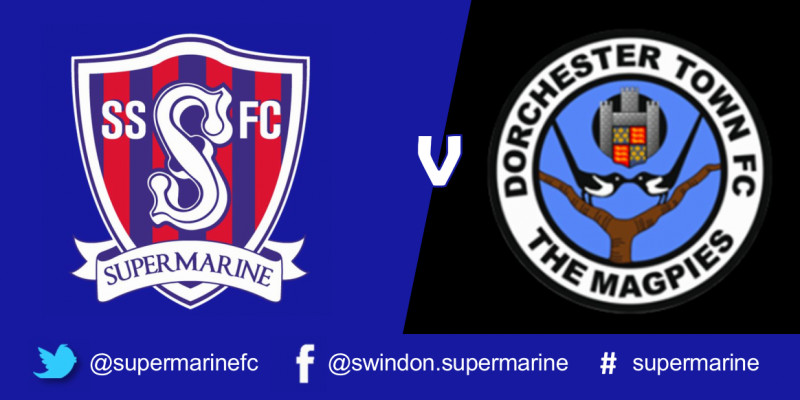 Swindon Supermarine return to action this Saturday 5th December at the Webbswood Stadium for a 3pm kick off in the FA Trophy 1st Round.

After defeating Highworth Town in the previous round 3-2 in their last fixture before lockdown the Magpies of Dorchester Town visit under new boss Robbie Herrera who has just been appointed.

Dorchester currently sit 1 off the bottom of the Southern League Premier Division South with just 1 win this season against Tiverton Town. Key player is forward Thomas Bath who has just to notch this season but struck 14 goals last term.

The two sides met already in the league at Supermarine when we came out winners 2-0 in front of a crowd of 331 thanks to an own goal from Josiah Dunstan and a header from skipper Matt Liddiard. It was equally tight last season at home with a 1-0 win thanks to Ryan Campbell and away where it ended 1-1.

Team news ahead of the game is that the only injury concern is over Harry Williams who picked up a hamstring strain in that Highworth match but with the four week enforced break for lockdown will need to be tested in training.

Gaffer Lee Spalding said “ We fully expect the players to be very eager to get back to football after a four week break and we will be looking for a good performance in front of the home fans and to progress in the FA Trophy. Basically we want to continue from where we left off with a win“

£10 Adults, £6 Concessions, U12s Free when accompanied by an adult.