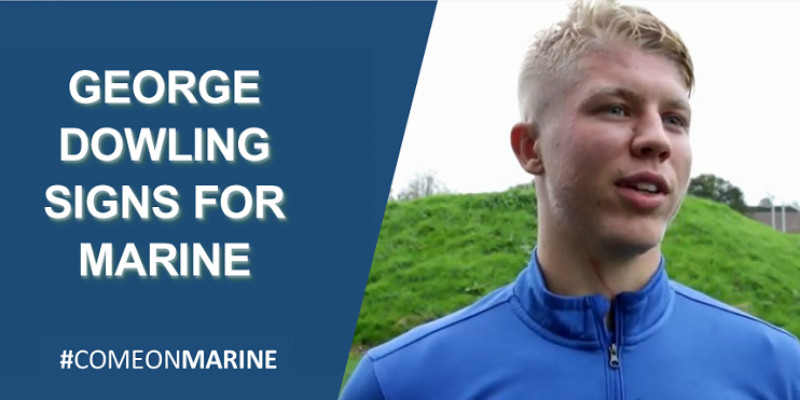 Swindon Supermarine Football Club are delighted to announce the signing of Bristol based midfielder George Dowling from fellow league side Weston-super-Mare.

George began his football career at the Bristol City Academy when he was eight years old and progressed through the ranks, signing his first professional contract in October 2015 just a few weeks after his 17th birthday. He progressed into the Bristol City first team squad at the end of the 2015-2016 season, where he made two appearances as a substitute.

In August 2016 he spent his first spell at Weston-super-Mare on a two-month loan and made nine appearances during this first spell. Having spent the rest of the 2016/17 season at Bristol City he moved to National League Torquay United in August 2017 on an initial month’s loan before extending the loan until the end of the 2017/18 season at Plainmoor making 22 appearances and being named Torquay’s Young Player of the Season for 2017/18.

In July 2018 he went on loan to National League side Eastleigh until December 2018 and then re-joined Torquay for a second spell on loan before injury cut his loan period short and he returned to Ashton Gate for the rest of the 2018/19 season. In May 2019 went on loan to League of Ireland side Derry City, before being released by Bristol City at the end of his contract in the summer.

After departing Bristol City, he had a trial Newport County but was unsuccessful and linked up with Weston for the second time in September 2019 before manager Lee Spalding made an approach to Weston this past week and after talks George agreed terms and duly signed for Marine and he was registered with the Southern League this morning.

Lee commented, “I know we are bringing in another talented and experienced midfielder who has played in both the Football League for Bristol City and the National League with Eastleigh and Torquay United and although still young he will undoubtedly bring more experience to the Marine midfield as we look for success in the Southern League.”

“Once again the chairman has shown me tremendous support as we’ve signed George and without his support this signing wouldn’t have been possible. George joined the rest of the squad for training on Tuesday and will train again on Thursday in preparation for Saturday’s trip to third-placed Chesham United.”