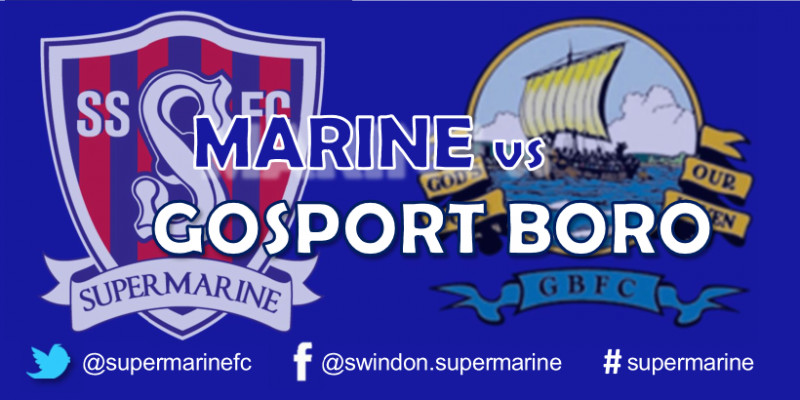 Once again there is a top of the table clash at the Webbswood Stadium this Tuesday as Marine welcome high flying Gosport Borough for a 19:45 kick off. Borough have 15 points from their six games so far under boss Shaun Gale having won their last four games in the league but losing their League Cup game to Winchester City last midweek. They currently sit second in the league with Marine currently in the final play off place in fifth position. Key man for Gosport is probably Nick Dembele although the goals are well spread throughout the team with four players including Dembele sitting on two goals.

The head to head record reads well for us having beaten Gosport 1-0 and 2-1 in both our previous home encounters although we did lose the solitary away game 2-1 in season 2018/19 but having not met since 2019 this will be a fresh clash for most involved. Marine will be hoping to have some positive news on injuries soon with Tyrone Duffus and Jack Stanley closing in on a return but Pierce Mitchell and George Dowling miss out and Frankie Artus picked up a strain at the weekend so he will join them on the side-lines for this game. On the plus side Pablo Haysham is fit again and awaits his league debut for the side.

It also shows to the strength of the squad that in spite of these injuries the bench saw good strength at the weekend with Conor McDonagh, David Pratt, Ryan Campbell and Brad Hooper all on the bench. Success will only be attained this season by having such a strong squad and with the huge number of games ahead and potential Covid-19 issues, injuries and suspension this will stand us in great stead as the season progresses. Frustrating for those when they don’t start but the substitutes will be just as, if not more, important in these games.

Gates will be open from 18:00 along with the clubhouse bar and kitchen where we accept both cash or card payments.

It would be great to get a strong support for this game with it being a vital one for us early in the season.