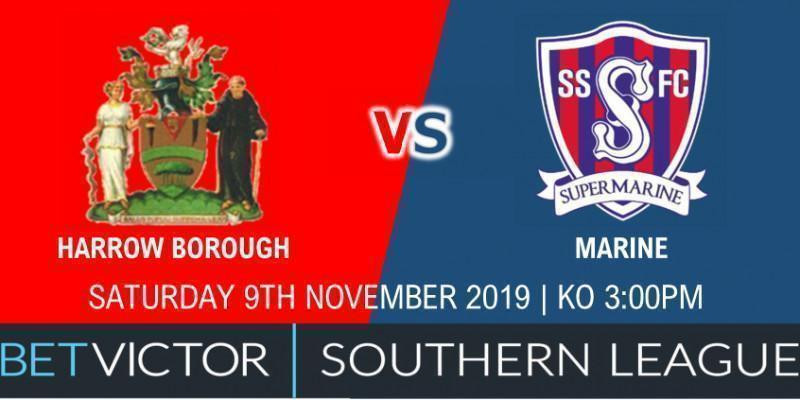 Harrow will be a difficult encounter says Spalding

Manager Lee Spalding wants his side to start another winning run, similar to the one that propelled the Webbswood Stadium outfit into the division’s top six in October, when they travel to Harrow Borough tomorrow. 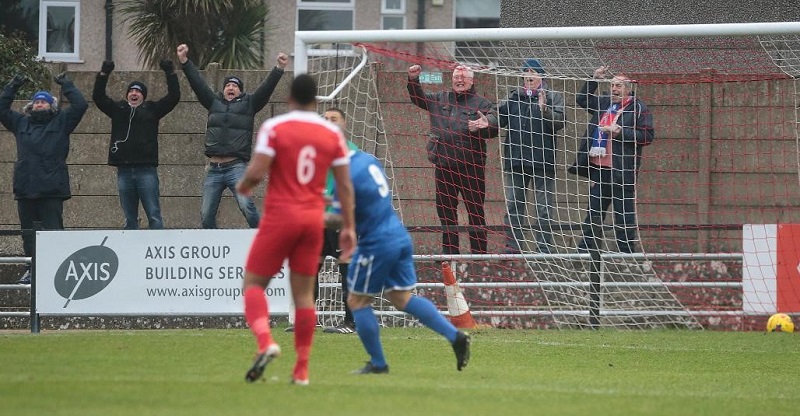 Marine recovered from a brief blip away at Tiverton Town a fortnight ago to record a narrow 1-0 win at home to fellow promotion chasers Gosport Borough last Saturday thanks to Stuart Fleetwood’s superbly executed volley.

And with a lengthy run of games against sides who currently sit below Marine in the table, Spalding has targeted another winning run akin to the one that saw them narrowly miss out on the Southern League Premier Division playoff frame last term.

But Spalding admitted Harrow, who won their first game in seven league outings last weekend, should not be easily dismissed and will present his side with a tough task. He said: “They’re in an area where their catchment area for players is quite big and they’ve got a lot of good players. 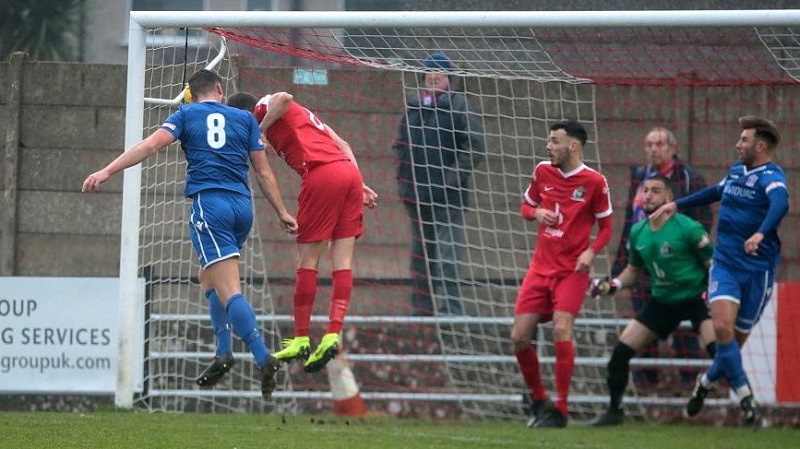 “When we played them at home last season, I thought they were excellent. “It was another tough game at their place too, and the lad who was up front for them ended up going to Conference side Sutton United, he was a very good player.

“I know they’re not as consistent as they were last year, but they won their last game, as did we, so we’ll be looking to use the momentum of our win to start another good run.”

If another unbeaten run is to be put together by Marine, Spalding knows his team will have to reverse a trend that often blighted their previous campaign, that’s producing poor performances against lower-half teams.

Discussed during pre-season, the quirk in their showings has largely been put to bed this term as Marine have only suffered defeats against teams in the top 10. Spalding is keen for his side’s mentality to remain consistent in the coming weeks, starting with Harrow on Saturday.

He said: “We did quite well against the top-half teams last season, but when we played against teams who were struggling or in poor form, we really struggled. “That was something that we talked about during pre-season as something we needed to address. “We’ve got a run of games coming up against sides who are below us in the table.”

“Admittedly, we’re quite high up now, but even so, our mentality needs to be the same against the struggling teams as it is against teams who are flying high. It needs to be about we do and if our mentality is right, we have a chance of beating anyone in the league.”

It will practically be a full squad to select the sixteen players from tomorrow as only Matt Williams is confirmed as the only absentee as he is still troubled by a hip injury. Along with club physio Darren Beers he saw a chiropractor during the week and it is hopeful he will return to the squad in a couple of weeks time after some more treatment.

There is a coach leaving the Swindon Supermarine FC car park at 11:00am on Saturday and there is still room to book a seat. Click email to book, cost £10.