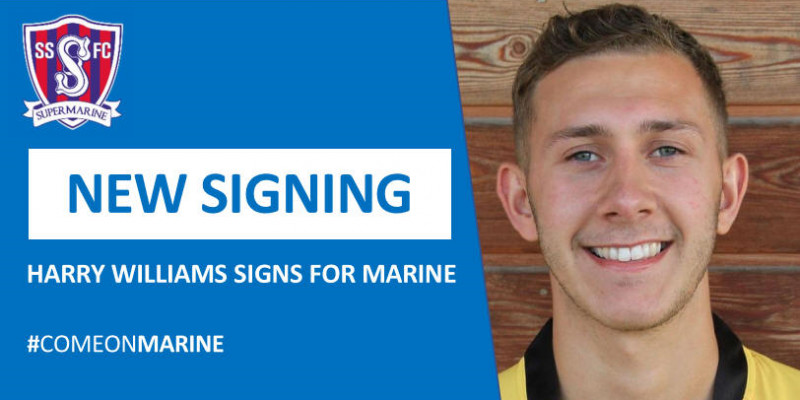 Swindon Supermarine Football Club is delighted to announce the signing of forward Harry Williams from National League South side Gloucester City this afternoon. Harry joined Gloucester City at the start of the season having returned from playing in the USA for Sacramento Republic. He previously had loan spells with Gloucester in 2014 and 2015.

Harry began his football career with Cheltenham Town when he was 9-years-old before going on to make 13 Football League and 1 FA Cup appearance for the Robins before leaving in 2016. During his time with Cheltenham he had two loans spells with then Conference club Farnborough and one with Evesham United.

Manager Lee Spalding commented, “We are bringing in yet another talented player in Harry who has Football and Conference League experience and having acquired his signature we now have more competition in our attack, something we have been looking to address for a while”. Welcome to Marine Harry.