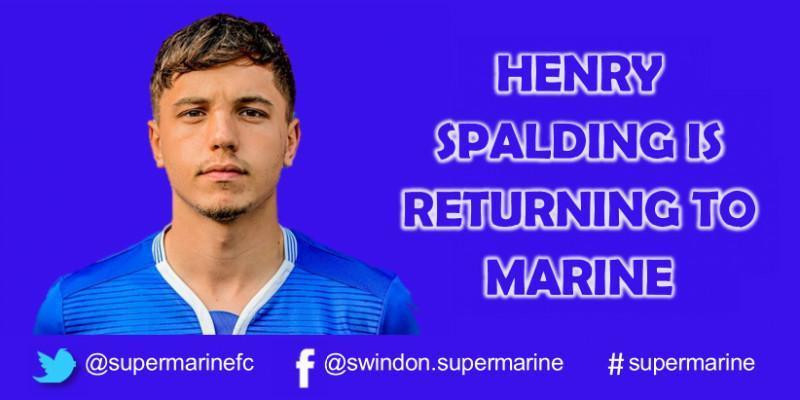 HENRY SPALDING IS RETURNING TO MARINE

Midfielder Henry Spalding, who left the club just under two weeks ago to join fellow league side Salisbury, is about to sign back for Marine due to work commitments. With Southern League rules stating that a player must be registered with a club for two weeks before he can sign for another club he is due to officially return on Friday and will be available for the home match with Yate Town on Saturday.

Manager lee Spalding said he was delighted that Henry has returned to Marine and also said that Henry fully understands that he will have to wait his opportunity in squad after the team secured an excellent 1-1 draw away at Truro City last night.