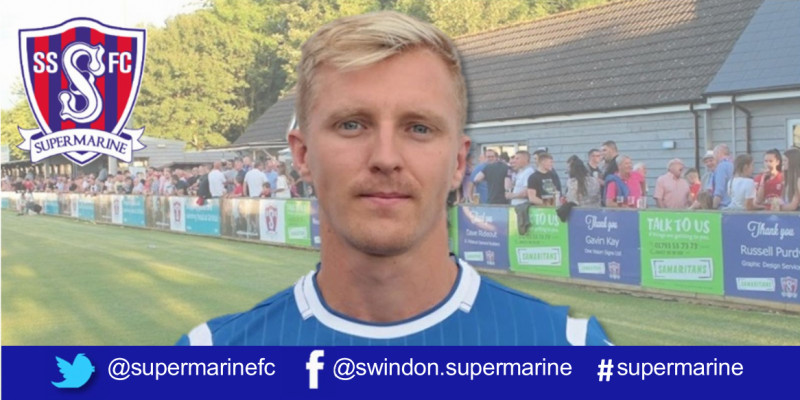 Club stalwart Joe Shepherd has decided to return to Cirencester Town, the club he joined Marine from in 2014. With the move he believes he will have a better opportunity to play more regularly for them than he was currently at Marine.

Manager Lee Spalding said, after a 7-day approach from Cirencester Town, ‘Shep’ has decided to leave to seek regular first team football. We made it very clear he was wanted at the football club and was an integral part of the squad this season. I was very disappointed to lose him, he has been an excellent servant to the club and I would like to take this opportunity to wish him all the best at Cirencester Town in his new challenge. From all the management team.

The Chairman, staff and officials at Swindon Supermarine all echo Lee’s words, all the best ‘Shep’ in your next adventure and your time at Cirencester Town this season. We sincerely hope you both have the same end of season as the last season you were there, and that’s the Division One South championship and promotion, good luck ‘Shep’.