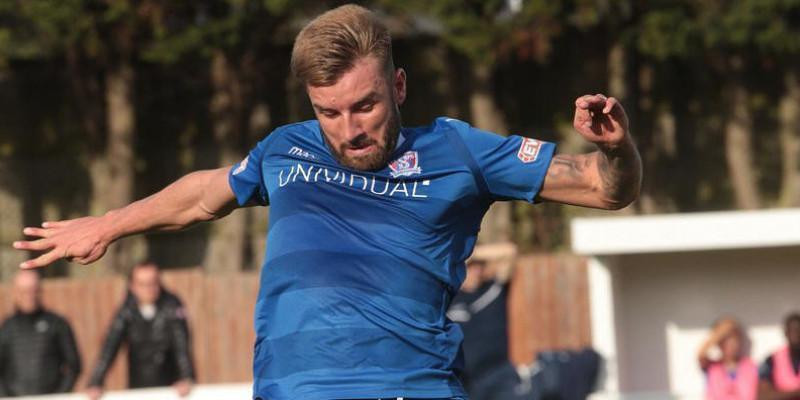 by Brian Davis (Media & Press Officer)
Conor McDonagh scored twice to make it four goals in two games versus Salisbury this season as he extended his streak to seven in his last five games as Supermarine extended their unbeaten run in the league to five games in front of a crowd of 366 at the Webbswood Stadium. Will Henry returned in goal following his illness which kept him out of the Tiverton game before Christmas whilst Joe Selman (holiday) and Dan Williamson (shoulder) returned to the bench in place of Zak Westlake (illness) and Kieran Diaz-Benitez.

Salisbury should have taken the lead in the tenth minute, but somehow Dan Fitchett with the goal at his mercy headed wide of the target from six yards out. The home side looked to still be working off their Christmas dinners when Connor Thompson was robbed in midfield by Daniel Young who advanced on goal, but couldn’t trouble Henry with his wayward finish.

A similar chance befell McDonagh at the other end, but his near post shot was always rising into the side netting. There was another huge let off for the blues when Lewis Benson raced away down the right and crossed into the box and when it looked harder to miss than score, Young did just that, scuffing his effort with his heel and away from goal. Brad Hooper and Henry Spalding both went close from distance but failed to trouble the Salisbury keeper and the game went into the half goalless.

Early in the second half Salisbury were awarded a soft free kick on the right hand side of the penalty area which Benson took but saw his low effort denied by Henry. Shortly before the hour mark the away side did finally get the ball in the net as Benson crossed into the box for the influential Thomas Whelan to fire high into the net from ten yards out. Whelan should have doubled the lead immediately after, but hit a low effort straight at Henry as he advanced on goal through the parting defence.

Salisbury then hit the self-destruct button as their wobbly defence gave the hosts two goals in the space of six minutes. Firstly, Jack Sparkes decided to chest a pass back towards James Hilson in the Salisbury goal, but McDonagh was alert to the situation, pouncing on the weak pass back and finishing coolly into the back of the net. A minute later Ryan Campbell almost put the hosts in the lead straight after but his chip hit the top of the bar.

Things were about to get even worse for Steve Claridge’s men as Hilson made a calamitous error to gift Supermarine the lead and a late Christmas present when he took too much time with a back pass and as McDonagh closed him down, Hilson hit the ball straight at the inform striker and saw the ball nestle in the net behind him. Amazingly, Hilson almost made the same mistake just a couple of minutes later as his low clearance went right over the toes of McDonagh as he failed to learn from his previous error.

Marine then seemed to sit back and let Salisbury dominate possession as they did at the Ray Mac’ earlier this season and invited pressure, which eventually told when Fitchett eventually found his shooting boots to volley home into the net from a downward header by Darren Mullings. Substitute striker Zak Kotwica then should have won the game himself but scooped his effort on the rebound wide of the target after Henry had made a good save from Whelan.

Henry then made further saves from Whelan and Benson and with the game looking like it would end all square, substitute Joe Selman broke into the box, he crossed the ball to McDonagh who took a touch and his effort was deflected agonisingly wide of the post with the goal gaping and Hilson beaten.

The game did indeed end in a draw a few seconds later and on the day, given the chances and entertaining football played by both sides, this was a more than fair result on which was another superb advert for Southern League and Non-League Football and Supermarine are now unbeaten in their last four league games versus The Whites. 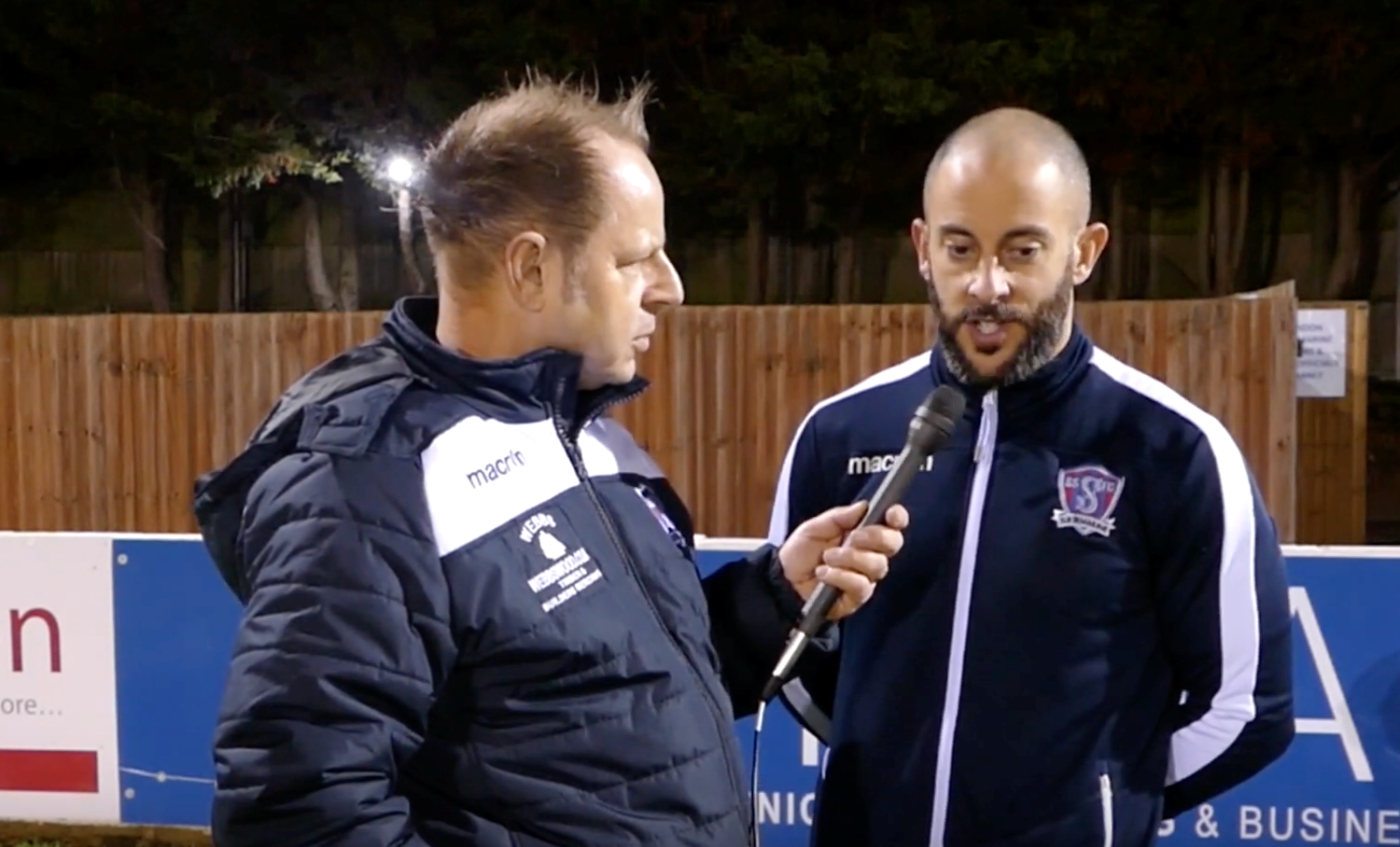