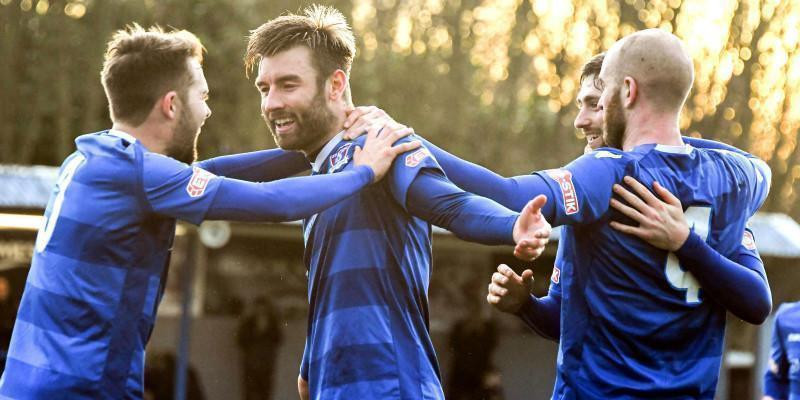 McDonagh had the games first chance when he was sent free into the area, but could only hit the side netting in a half of very few chances. It would be the 36th minute when the game would change, as McDonagh received a Brad Hooper ball outside the box, advanced forward and turned just inside the box curling a delightful effort into the top corner past the despairing Lewis Webb.

Will Henry had an earlier let off in goal when his clearance hit straight against Tom Meechan but rebounded wide for a goal kick, luckily for Will, it wasn’t a carbon copy of what happened to the Salisbury keeper on Boxing Day!

The game was mainly played in midfield until the goal, but once the goal had gone in, Marine found another gear, surging forward at every opportunity. Connor Thompson was unlucky to not hit the target with a left footed effort from 18-yards.

A minute later, Stuart Fleetwood was played through, rounded Webb, but from a very acute angle, couldn’t steer the ball into the net and it trickled out for a goal kick. The Martyrs had their first real shot on target on the stroke of half-time when Meecham forced Henry into a good low save at his near post.

McDonagh went for the spectacular again immediately after half-time, but his effort from 25-yards, just didn’t dip enough. The home side had a lucky escape when Matt Williams headed against his own bar but the in-form McDonagh doubled his and Marine’s tally early in the second half when he latched onto a long pass from Hooper before turning two defenders inside out on the edge of the box and tucking an effort into the corner of the net through Webb’s legs for a quite fine individual goal and what will surely be another entry into the goal of the month competition!

Stuart Fleetwood hit a shot straight at Webb before the visitors pressed hard and forced a succession of corners, that were eventually dealt with and cleared to safety. Ryan Campbell went on a fantastic solo run before feeding the ball in to Fleetwood who saw his left footed effort go just over the bar.

With the score at 2-0 Merthyr started to really push men forward in an attempt to get back into the game, but Henry was in fine form between the sticks, saving twice from Meechan ahead of substitute Owain Jones missing the target when he really should have done better.

Campbell hit the bar for the second time in two games when he controlled a Connor Thompson cross at the far post and when trying to lift the ball over Webb into the net with his right foot, just got too much on it.

Fleetwood completed the scoring and put the game out of sight scoring against one of his old teams by curling a brilliant right footed effort into the far top corner when set free into the box by Campbell. Then a sloppy ball was played back behind Ifil late on that led to Will Henry making another good with the follow up being cleared off the goal line by Matt Williams which was Merthyr’s last real chance of the game.

After the game Manager Lee Spalding commented: “We were really proud of the players today, a great win in front our home crowd and another massive three points against a strong Merthyr team. I thought we were very good when we got ourselves going after a fast, frantic 20 minutes in which we struggled to keep possession of the ball. After Conor scored the first goal it looked to have settled us down and at half time we spoke about the importance of getting the next goal and also how a clean sheet would be massive.

The second half performance was for me, what we are all about as a team. We passed the ball with quality and scored two good goals with Conor’s second and Fleets’ strike. The clean sheet was massive and it’s important to remember it is a team effort and everyone is putting a shift in. We win as a team and lose as a team and we are in good form.

The second half performance showed we how we have improved as a team. The importance now is that we continue to work hard in training and look to continue the winning momentum we have now gained. The next game, away at Hartley Wintney, New Year’s Day, 3pm kick-off, will without doubt be another tough game, but one we will be relishing, looking to continue our good run of form“ 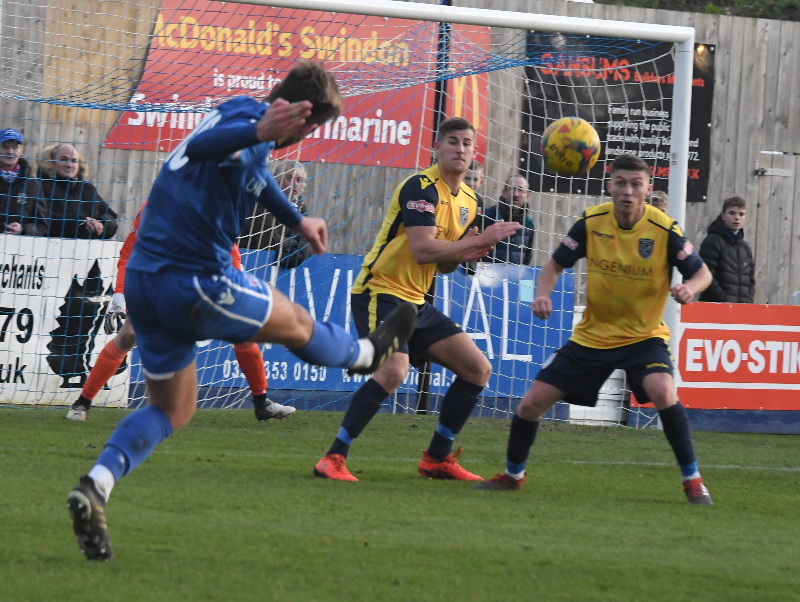 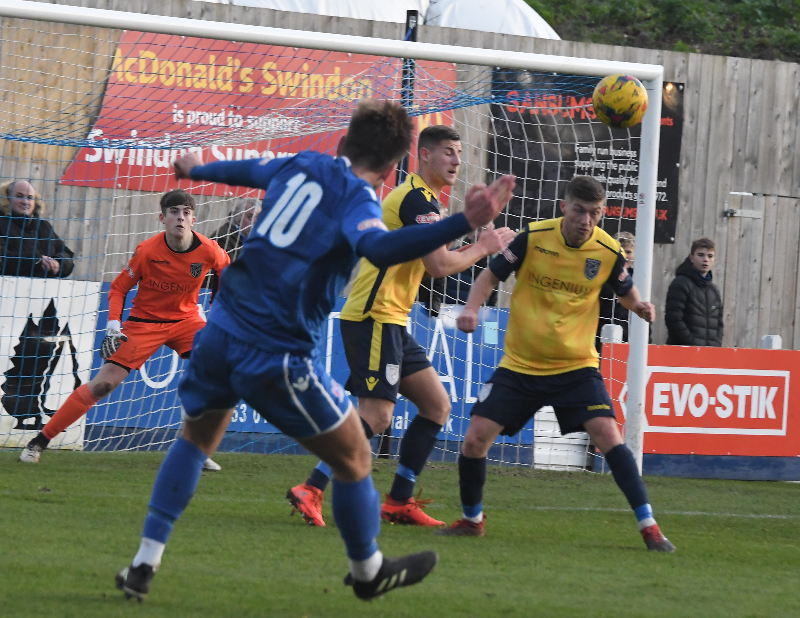 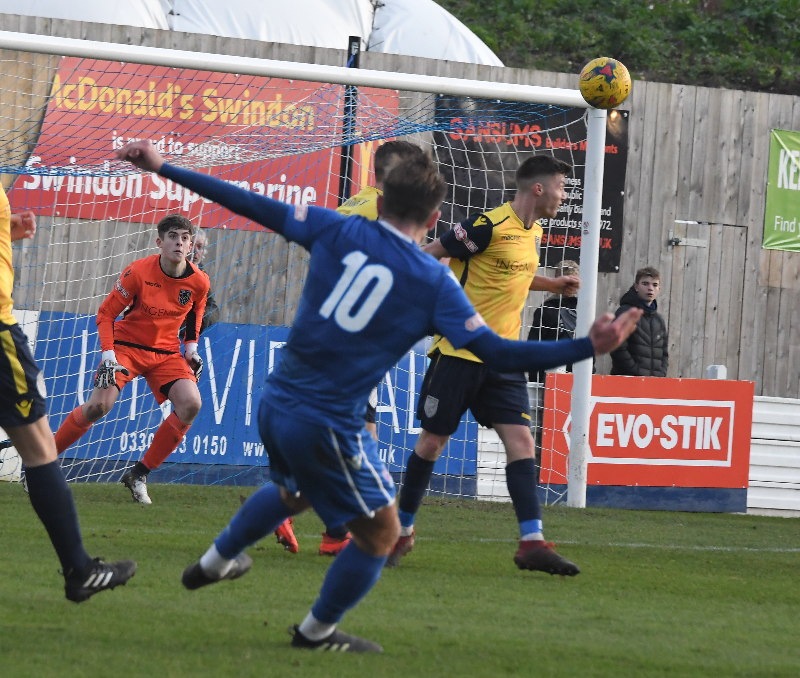 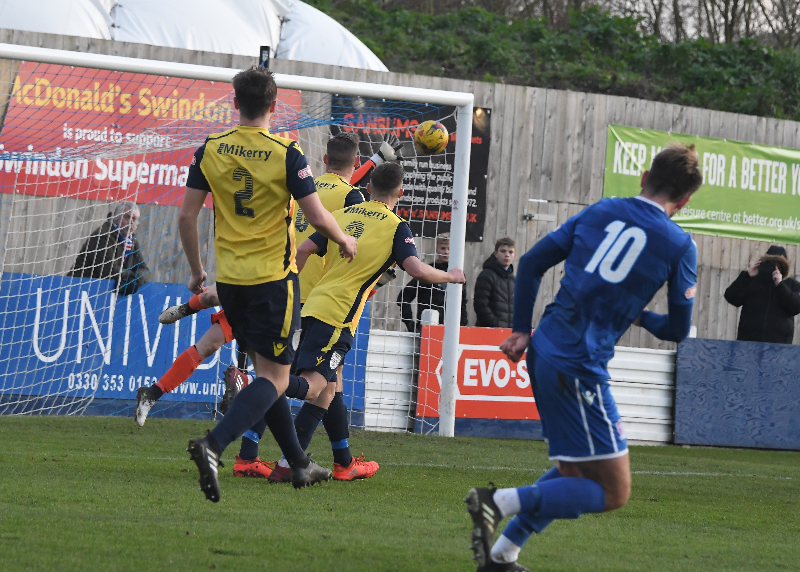 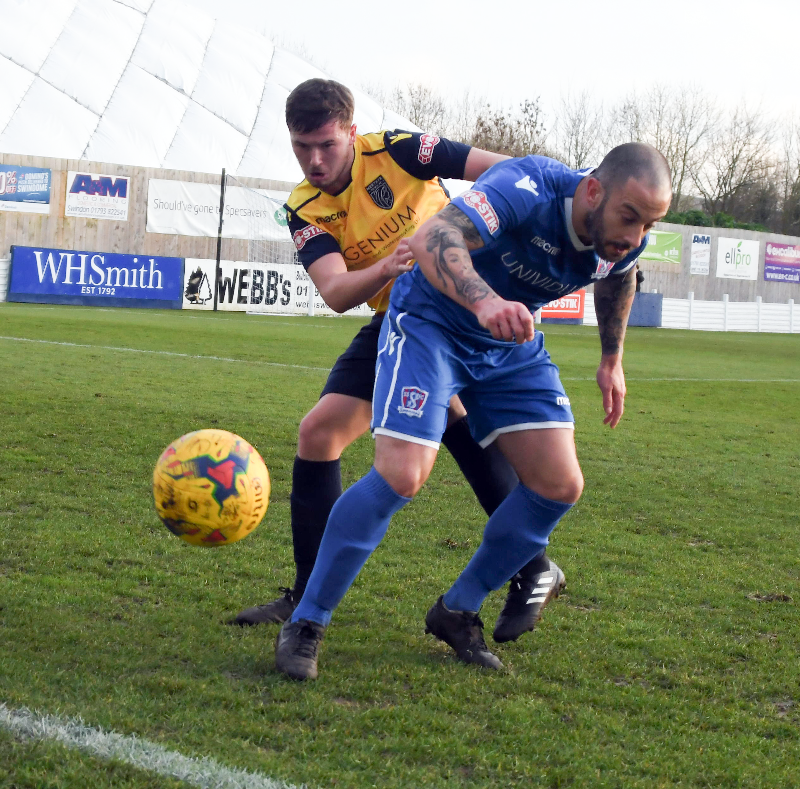