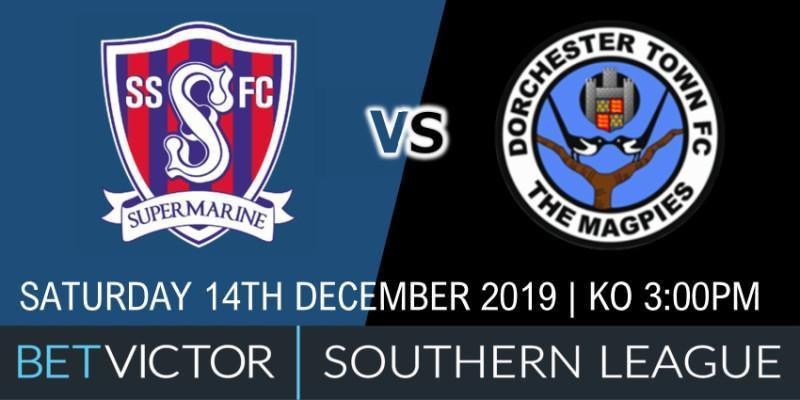 Marine manager Lee Spalding says Dorchester Town will be in no mood to have their belly tickled as the Webbswood Stadium outfit hunt a third league win in a row.

Marine’s 1-1 draw with the Dorset-based side earlier in the campaign was the second match in a 13-game run that saw Spalding’s men drop a mere nine points as they rose to fourth in the Southern League Premier Division.

Conversely, Dorchester have recorded just six points from 11 subsequent Southern League fixtures and are struggling down at the bottom.

Despite Marine being strong favourites to claim all three points on Saturday, Spalding says it is imperative that his players do not drop their standards as underestimating their opposition could be to the hosts’ detriment.

Spalding said: “When we played them earlier in the season, I thought they were a good side. “They’ve obviously had a few indifferent results and their form is up and down, hence they are where they are.

“They’re finding it hard to stay consistent, but regardless it won’t be a case of us turning up and them just rolling over so we can tickle their belly so to speak.

“It will be another game where we will have to make sure our mentality is right, we work hard, and we carry on doing all of the things that have bought us success in recent weeks.”

Key to Marine stretching their unbeaten run to six league games has been the efforts of the defence. Four clean sheets have been recorded in the last half-a-dozen fixtures, but Spalding insisted the team’s ability to defend from the front highlights his belief that a team must play well as a whole to be successful.

The Marine manager said: “This run that we’re on has been a team effort. Every single one of the players has done well. “For you to be successful in football, the team have got to be performing and it’s down to everyone to make sure they are up to the level we expect of them.

“And in recent weeks, we’ve had nine or 10 players who have been performing at seven or eight out of 10. “That’s why we’re winning games over the last few weeks. “I wouldn’t like to pick individuals out, it’s because the whole team is working hard. “Hopefully we can continue that good form this weekend.”

After Wednesday’s Wilts Premier Shield win at Bradford there were no injuries to report after the game but Bradley Gray, who missed Wednesday’s game with flu, will also likely sit this one out as well.