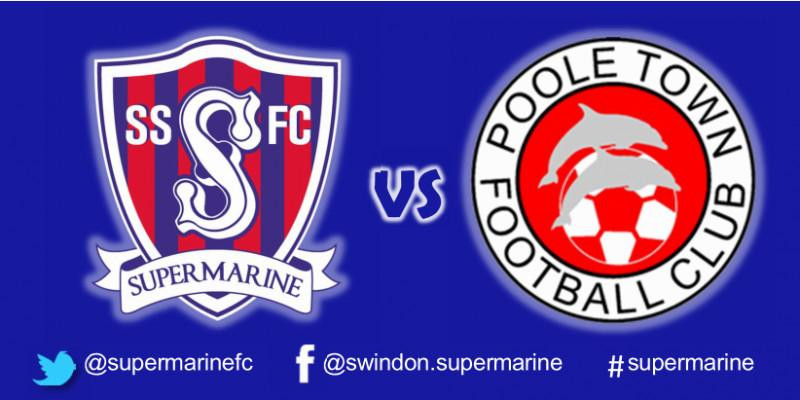 Swindon Supermarine return to action this Saturday 9th October at the Webbswood Stadium for a 3:00pm kick off in the PitchingIn Southern League Premier Division South against Poole Town.

This league match promises to be a very competitive and eagerly anticipating rematch after the two sides met recently in the FA Cup at Poole with the Dolphins running out 5-0 winners. Marine was in this game for long periods but after being hit by a sucker punch and a harsh penalty they had to chase the game only to finish with ten men due to injury and conceded three more goals during that period. Poole boss Tom Killick claimed on the day that Marine “had thrown the towel in” and with this ringing in their ears should be enough to inspire the troops on a revenge mission this weekend.

Poole sit sixth in the standings after an excellent start to their campaign winning four of their ten games, netting 17 goals but conceding 15 goals. The key man is without doubt League top scorer Tony Lee who has netted 12 goals of the 17 this season. Recent form has seen Poole achieve all three results, a win against Beaconsfield Town, a draw at Salisbury and a loss which was surprisingly 3-0 at Kings Langley?

Marine have not beaten Poole in the last four attempts since a win back in January 2019 when goals from Ryan Campbell, Mat Liddiard, Stuart Fleetwood and two from Conor McDonagh saw us win 5-2 at the Black & Gold Stadium in Poole. 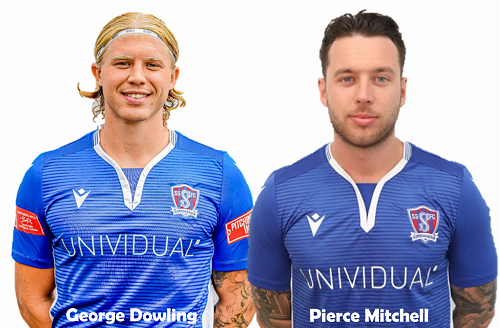 Team news ahead of the game is promising after both George Dowling and Pierce Mitchell had a good half hour in midweek at Salisbury and are pushing for a start on Saturday after recovering from strains sustained in our last game with Poole. Only Frankie Artus remains on the side-lines with a groin injury and will once again miss out and is estimated to be another two weeks away from full recovery. A few players were rested against Salisbury in midweek and never travelled and they will also be available for selection.

WHAT THE GAFFER SAYS

Manager Lee Spalding had this to say about the game….
“More of the same will be the message to the players after a very good performance Tuesday evening. We must now be looking to gain some momentum and start putting a run of wins together over the next four or five games and look to push up the table. The disappointing result in the FA Cup against Poole very recently is still fresh in the memory for everyone involved and a positive response will be another factor in the game as we look to build on our unbeaten start to the season at the Webbswood Stadium.”

Cash and card payments are accepted at the turnstile

It would be great to get a strong support for this game with it being another vital game to stay amongst the playoff places.