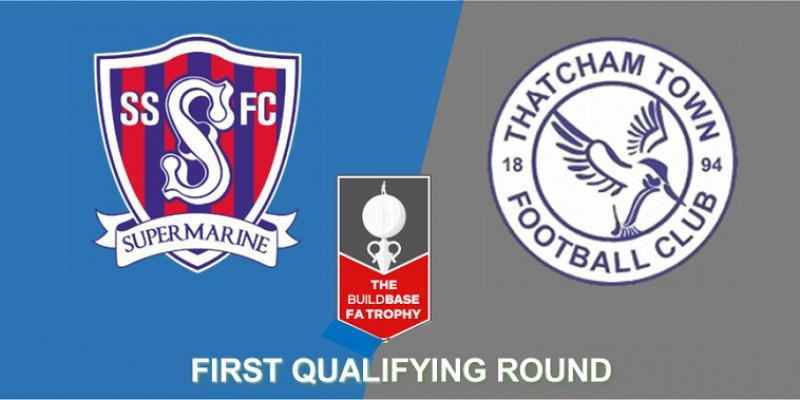 A clear weather forecast for this evening will no doubt be welcomed by players and members of management at Swindon Supermarine, who will attempt to play their FA Trophy First Qualifying Round tie against Thatcham Townat the second time of asking tonight.

Saturday’s original date had to be postponed owing to heavy rainfall across the country that saw a number of non-league and Football League fixtures fall victim to the weather. But the Webbswood Stadium’s playing surface, which was verti drained yesterday has improved sufficiently in the last 72 hours, and the game wil will take place tonight at 7:45pm

Tonight’s winning team will earn a handy £2,450 for advancing to the Second Qualifying Round stage and the losers £800. Of course, prize money is an incentive to Marine boss Lee Spalding. But the confidence that naturally breeds in a winning team’s dressing room is just as valuable – particularly given Marine’s position in the top half of the Southern League Premier Division South table.

Spalding said: “We look at this competition knowing we’ve got a better chance of progressing compared to the FA Cup. “Financially, the rewards aren’t as high as the FA Cup, but they are still good. “It’s nice for the club to make a bit of money, but progression is good for the team, club and supporters. Winning injects confidence, and that can translate over to the league. “If you can get into a winning habit, it’s positive.”

Casting prize money thoughts aside, Marine can expect a tricky task at the Webbswood tonight. Thatcham arrive having lost none of their opening nine Southern League Division One South matches and can boast a squad with experience playing at a higher level. Spalding added: “Thatcham are strong, they’ve got a lot of good players that have competed at a higher level – they’re having a real go at trying to get themselves promotion this season. “It will be a very tough for sure but our players will be up for it.“