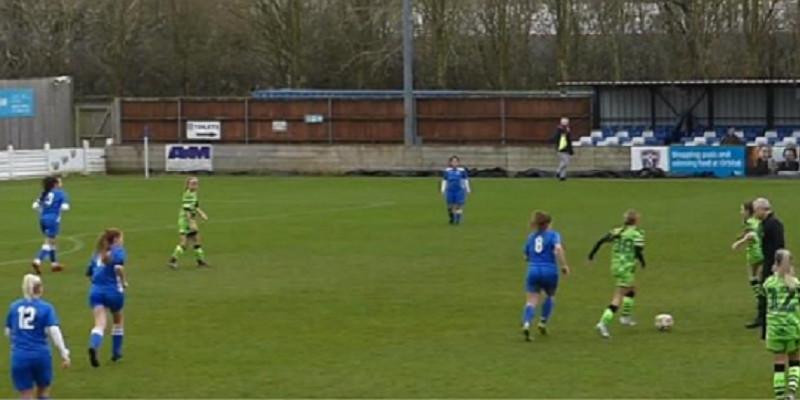 It was a great start to the year for the Women’s team as they moved within four points of the leaders. Forest Green Rovers started the better, capitalising on hesitancy in Marine’s penalty box to take an early lead and then added their second with a penalty on 20 minutes, after Edwards seemed harshly judged to have ‘handled’ the ball when a shot hit her arm at close range.

Marine almost pulled one back immediately, when top scorer Dickinson went through one on one but her effort went agonisingly wide. Marine finally found some rhythm to their play with Beer pulling one back after some great combination play and then a great flick on from King saw Dickinson pull Marine level just before the break.

Marine adopted a more attacking formation second half, looking to make their pressure tell but a long range effort from Rovers dipped under the bar and left Marine chasing the game again. The response was fantastic though with King hitting a stunning long range strike into the top corner and then adding her second with a pacey run and finish.

Wilson seemed to have made the game safe with Marine’s 5th but Rover’s refused to give up and Marine had to defend well under late pressure to see the game out.

Highlights can be viewed here: