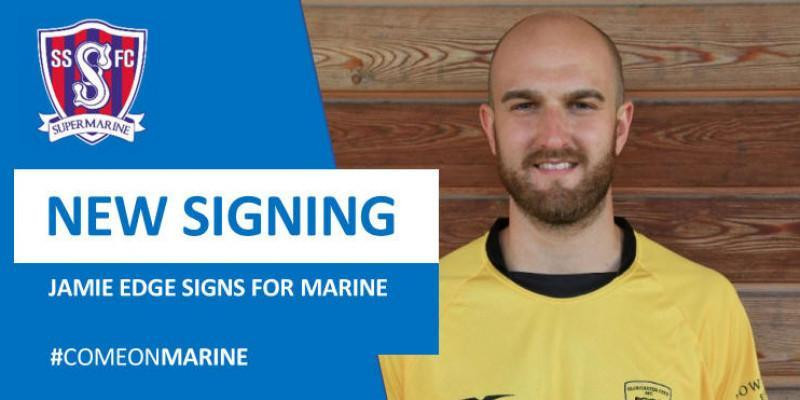 Jamie is an experienced player who has also played for Hereford FC when the won the Southern League Premier title in the 2017/18 season. He is ball playing midfielder who signed for Gloucester from Hereford FC in September 2017, returning to the Tigers after an initial short spell in 2013. Once on the books of Arsenal, manager Arsene Wenger personally oversaw the acquisition of Edge from Cheltenham Town. A versatile player, Edge has also played centre back in his career.

Manager Lee Spalding commented, “We are bringing in another experienced player in Jamie and I can only see many positives to acquiring his signature”. “As soon as I heard he was leaving Gloucester City a week ago I quickly made contact and he came in for a chat. “Although he went away and spoke with two other clubs from the National League, he called me on Wednesday to say he would like join us at Swindon Supermarine FC. “I believe that says a lot about our club. Welcome to Marine Jamie”