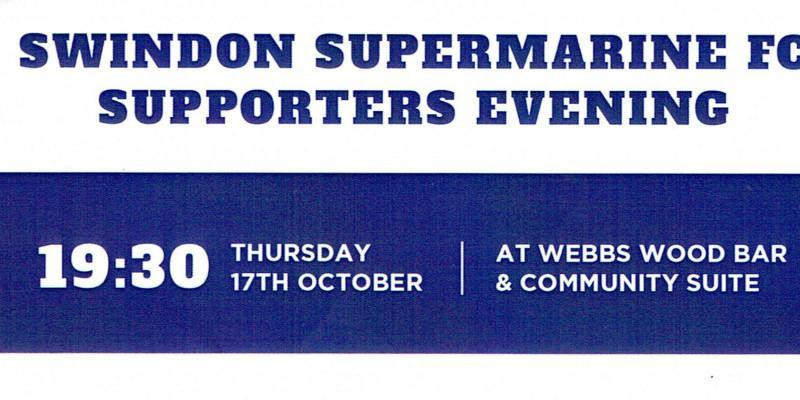 OPEN TO ONE AND ALL

Swindon Supermarine FC are holding a forum for supporters and friends of the club on Thursday October 17th from 7:30pm at the Webbbswood Stadium bar and community suite.

There will be a panel taking a Q&A session answering questions and discussing the future of the club. There will also be a screening of an exciting short film about our club and interviews with some of the people who make what the club is. The evening would not be complete without the complimentary drinks and light refreshments, which will be available.

The panel will consist of the following personnel:

Please come along on the evening and see what the club’s vision is and also have a chat and a drink with the Chairman and his team.