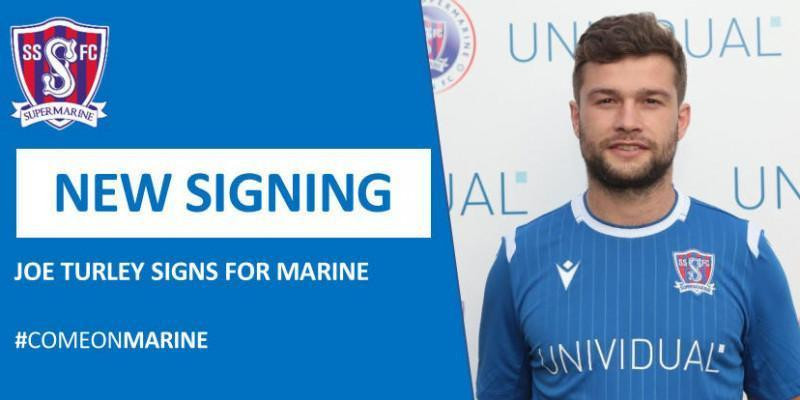 Swindon Supermarine Football Club are delighted to announce the signing of forward Joe Turley who played for Evesham United last season. Joe payed for Evesham over the past three seasons, making over 100 appearances. Before joining the R0bins he had spells at Cinderford Town, Bishops Cleeve, Mangotsfield United and Cheltenham Town.

Manager Lee Spalding commented, “I believe we are bringing in yet another talented player in Joe who had a very good spell at Evesham before suffering a nasty knee injury that kept him out for the best part of a year. It looked as though he was returning for the start of this season but after he played a preseason match at Frome recently, we spoke afterwards and I am pleased we agreed terms and he duly signed for the start of this 2019/20 season.”