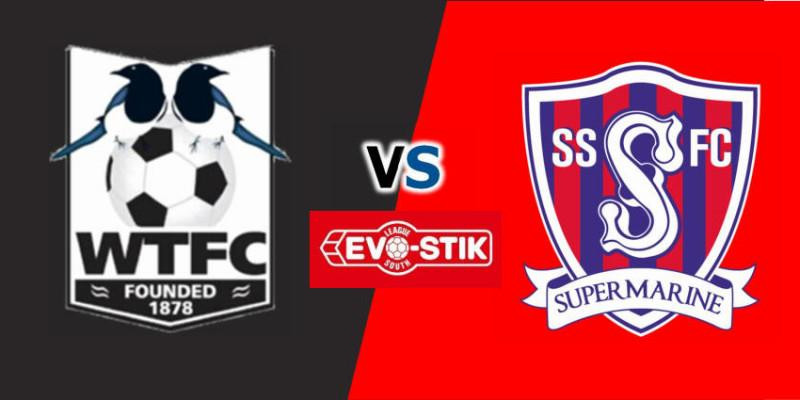 Swindon Supermarine travel south on Saturday in a case of ‘deja-vu’ to take on Wimborne Town, 349 days since the two sides met at The Cuthbury in last season’s play-off final, with Marine gaining promotion after winning in a thrilling penalty shoot-out writes Nick Taylor.

Since that historic day, Marine have gone on to build a solid foundation in the Southern League Premier Division South, currently occupying eighth position in the league and still, mathematically, in with a remote chance of grabbing the final play-off place this season. But that would mean winning their remaining three fixtures whilst Poole Town, Kings Langley and Farnborough Town would all have to suffer a dramatic loss of form!

Wimborne, under the leadership of Manager Matty Holmes, have found themselves in the lower half of the league for most of the season and a win against Marine will all but guarantee themselves staying up for next year, as they are five points clear of Gosport Borough, who occupy the final relegation place, and whom they play away on Easter Monday.

Despite having the league’s second top scorer in Toby Holmes with 30 goals, The Magpies have been on a poor run of late, only picking up one point from seven fixtures before a confidence-boosting 2-0 away victory last weekend at Harrow Borough.

Marine, on the other hand, after their 3-1 win against Salisbury in the Wilts Senior Cup Final on Wednesday night, are on an impressive four-game unbeaten stretch and will be looking to complete the double against their opponents, having won at The Webbswood Stadium back on Tuesday 23rd October by 3-2, with goals from McDonagh, Gray and Fleetwood.

“Swindon will be a really tough one,” commented Wimborne boss Holmes this week, “They have invested heavily this year after their play-off final penalty win against us. We are looking forward to trying to get some points against them.”

Marine Manager Lee Spalding may have to do without his top marksman, Conor McDonagh, who limped off early in the win to Salisbury on Wednesday night, whilst Connor Thompson is unavailable, but Brad Gray is expected to return to the squad, having missed the mid-week cup final win.