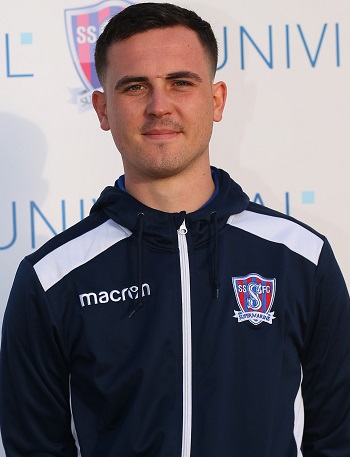 Profile: George has played senior football at Hellenic League level, for Shrivenham and Highworth Town. He has also studied sport at college where he gained a BTEC L3 in sport performance and excellence, whilst at college he also gained his FA level 1 & 2 coaching qualifications, as well as playing collegiate level football.

After college he went on to study a sports coaching degree at the University of the West of England at Hartpury, graduating in 2016. It was whilst at Hartpury he gained his UEFA B coaching qualification with the PFA.

George has coached youth football for Swindon Town FITC, Swindon Supermarine Youth in the North Wiltshire Youth League and Wiltshire Football Academy in the JPL. He is looking forward to advancing his coaching skills and abilities at a more senior level.

Other Sponsorship is available for George