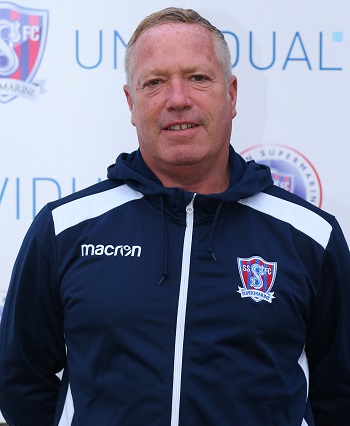 Profile: Martin started his playing career at Southampton Academy at the age of 14 until 16, he continued playing for various clubs including Wootton Bassett Town until the age of 31 when he retired from playing and then moved onto coaching men’s teams for a few years.

His coaching journey moved to Youth football in 2007 when he started running a football team at Greenmeadow Youth for his son Rowan and friends. Coaching became his passion and over the next 13 years, he enjoyed many successes and achievements with the same group of young players culminating in his final season (2018-19) at Cirencester Youth with his U16 team winning three trophies, the League Cup, County Cup and Division One winners.

Last season Martin took a break from coaching however after a year out he decided it was time to get back to what he loves doing and that’s coaching and developing players. Martin is also heavily involved at Swindon Town FC Academy as head of recruitment for U7s - U16s, it’s a role he really enjoys.

He can regularly be seen watching grassroots football on a Sunday somewhere in Wiltshire on the lookout for the next batch of talented players!

Other Sponsorship is available for Martin