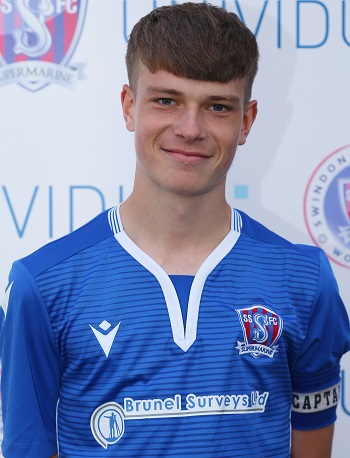 Profile: Rowan had a fantastic season as at Cirencester Town last season, a player who only played a handful of games for the U18’s before pushed up to the Dev’s side and made an impressive 24 appearances.

He was captain in three fixtures and added four goals to his start in the Dev’s. It is a great capture for the new Supermarine Development team as Rowan is a box to box type of player and is a dead ball specialist.