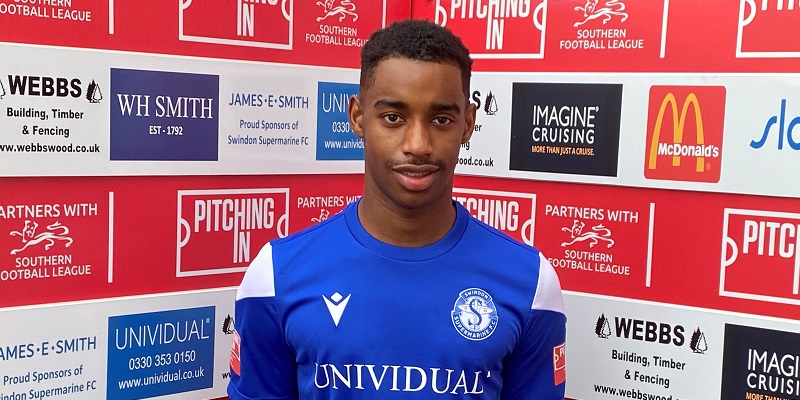 Sal signed for the club on July 19th 2022 having successfully played a part in our first four preseason friendlies, scoring two goals in the wins over Cirencester Town and EFL2 side Swindon Town along with the draw with Gloucester City and the win at Bishops Cleeve. Manager Lee Spalding saw enough to make Sal an offer which he accepted and duly signed for Marine. He was previously with fellow league sides Metropolitan Police and Walton Casuals last season, making eleven appearances for the Met Police after joining them from Walton Casuals. The two previous seasons he played for another fellow league side Hartley Wintney between 2018 and 2020. Sal is a pacey winger who likes to take on the opposition to setup an opportunity for his colleagues or knock in the odd goal or two.