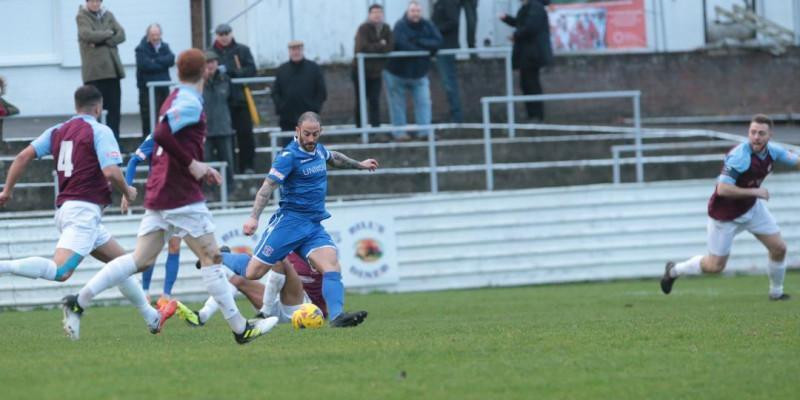 by Brian Davis (Media & Press Officer)
It was another afternoon to forget for Lee Spalding’s men as they went down 3-1 away to Chesham United this Saturday. Despite taking the lead with a wonder strike from captain and striker Stuart Fleetwood, they were unable to hold onto the lead and deal with the physicality of a strong looking Chesham side who look like a team that are now well build to mount a substantial climb up the Evo-Stik Southern Premier South Division after completely rebuilding their side following a tough start to the season.

It started perfectly for Supermarine when Luke Williams fed a ball into Fleetwood in the fifth minute and he took a touch to create space before curling an absolutely stunning effort into the far top corner from fully 25 yards. Unfortunately, that would be the only shot on target for the away side until the final few minutes as they lost the battle with both their opponents and the weather.

Five minutes later it should have been one all, but Eion Casey took too much time in front of goal and saw his effort deflected wide for a corner. After 25 minutes it was 1-1 when Bradley Clayton got past Michael Hopkins to send over a delightful cross that veteran journeyman striker Jefferson Louis has feasted on all his career to power a header home from eight-yards.

Playing into the wind. Chesham still had the better of the first half chances. Louis went close again, but hit his effort wide of the post, Dave Pearce saw an effort deflected wide from a corner that saw centre half Kieran Murphy head a chance over the bar. Matt Coupe picked up a booking right on the half time whistle for a foul.

Chesham started the second half as they finished the first. With the wind at their back they poured forward at every opportunity. Louis saw another effort deflect wide before Will Henry made a fine save to deny Jeanmal Prosper from distance. From the corner Pearce had another effort deflected wide before Chesham took the lead from the next corner. A short corner routine eventually made it’s way out to Clayton who fired an effort goalward from 20 yards, defender Murphy appeared to get the final flick on it which diverted the ball up and past Henry into the top corner to give the home side the lead.

Chesham should have extended their lead as Louis hit the post from close range ahead of Henry saving well again from Clayton and Pearce seeing another effort miss the target. The home side grabbed their third from another corner when Casey stabbed home following a good save from Henry. With seven minutes to play Conor McDonagh hit an effort at Ben Goode which rebounded to substitute Brad Hooper who could only head back into the arms of Goode.

Henry made another spectacular save in injury time right as the referee called a halt to proceedings. It was an extremely disappointing afternoon away from home once again as Supermarine struggled to deal with another physically imposing side and failed to impose their own brand of attacking, passing football on the game by not being brave enough to take chances.

It will be a case of learning more lessons from another poor performance and luckily for the manager he has another game Tuesday night in the Wiltshire Senior Cup versus Melksham to work on that. Tickets on Tuesday are only £5 for Adults and £2 for Concessions. 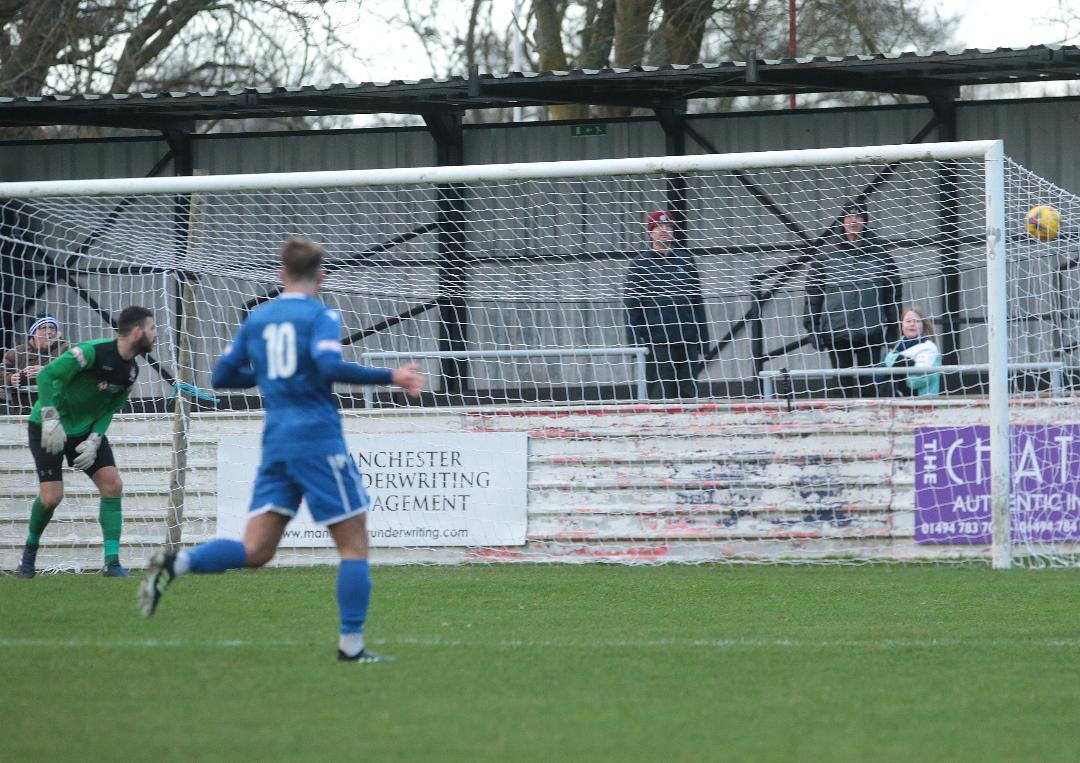 Above: Stuart Fleetwood 25-yarder hits the back of the net

All the goals
Courtesy of Your Sport Swindon