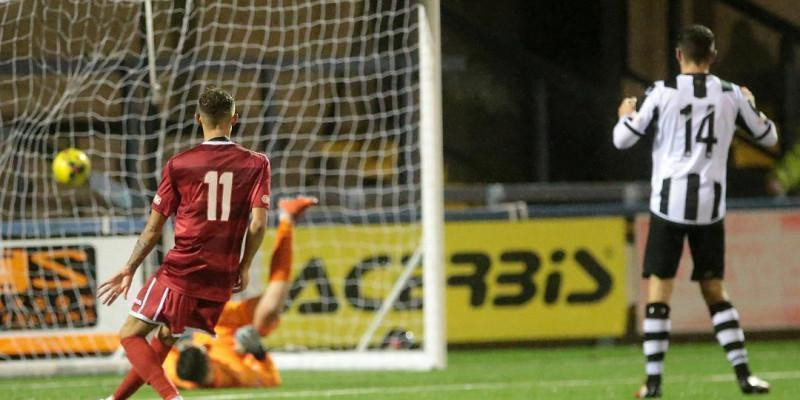 by Brian Davis (Media & Press Officer)
Manager Lee Spalding was delighted with his troops following their second clean sheet of the league season away at Dorchester Town Tuesday night. Spalding said: “To win 3-0 away from home against an inform Dorchester Town side was a great result. It was a real team performance in which every player played their part on the evening. The clean sheet was a massive positive and to score three goals away from home and pass the ball the way we did on the evening with composure and to create numerous chances, made it the standout performance of the season so far”

Marine made it three games unbeaten, scoring twelve and conceding just three goals, and five wins out of six as they cruised to victory in one off, if not the best performance of the season on the Magpies 3G pitch. Both teams traded early chances when Conor McDonagh forced home keeper Kingsley Latham into a good near post save ahead of striker Antonio Diaz pulling an effort wide of Will Henry’s post.

The game came to an abrupt halt just short of the quarter of an hour mark when Josh Bailey was unfortunately carried off the field on a stretcher with a nasty looking leg injury. He would be replaced by Callum Rose. Spalding’s men created a number of chances and Latham was called upon several times to keep the score at 0-0 for 43 minutes.

He saved again low at his near post from Henry Spalding before Stuart Fleetwood got through on goal and advanced towards Latham who stood his ground and denied the forward once again at the near post. Supermarine were looking extremely comfortable on the ball and dominating possession. Fleetwood went close a second time when he ball fell to him from a corner but he couldn’t direct his effort on target, hitting the side netting with a rising effort.

Latham saved again from McDonagh as Diaz then wasted two good chances for the hosts hitting an effort well over the bar and curling an effort straight at Henry from 20-yards. McDonagh was denied a third time by Latham and as the home side broke downfield it led to a Ross Carmichael downward header bouncing up and against the bar with Jerel Ifil making a great block in the follow up to set-up the counter attack that would eventually lead to the away side taking the lead.

From a corner, the ball eventually worked its way out to Jamie Edge who played the ball into Spalding who took a touch to set himself up on his left foot and hit a shot towards goal that deflected off Neil Martin into the near post for a deserved lead. Edge went close immediately after but couldn’t keep his shot on target.

Marine started the second half where they left off in the first. Brad Hooper hit an effort just over from the edge of the box and Spalding forced another low save out of Latham. With five minutes of the second half gone, Dorchester sent over three crosses that all found their way across goal but couldn’t get anybody on the end of them to grab the equaliser which five minutes later cost them dearly when Ryan Campbell teased his marker and sent over a wonderful cross that McDonagh buried first time on the volley into the corner of the net.

The goal of the month competition for December is going to take some serious consideration because this one was right out of the top drawer, an absolutely quality finish from the striker! The same pair combined shortly after as Campbell laid the ball across to McDonagh who hit a low effort wide of goal.

Kyle Egan was the main threat and playmaker for Steve Thompson’s men and shortly after the hour mark he had two chances to pull them back into the match, firstly hitting an effort straight at Henry, then forcing him into a good low save which he pushed around the post for a corner. Billy Lowes was next to test the on loan Swindon Town keeper from 20-ards and he did even better with his next save when Diaz smashed an effort goalward from outside the box that he tipped over the bar at full stretch for a quite stunning save that drew applause from all around the ground.

As the game moved into the final fifteen minutes Martin handled a cross from Connor Thompson’s in the box and there were few complaints from the home side as the referee pointed immediately to the spot. Brad Hooper struck his effort into the bottom left hand corner away from the despairing dive from Latham who could do nothing about all 3 goals conceded and can count himself unlucky on the night. With the pressure of a new keeper on the bench he can feel still hold his head high with the quality and fortunate finishing from the away side that would have ended up past any keeper in the league this season. 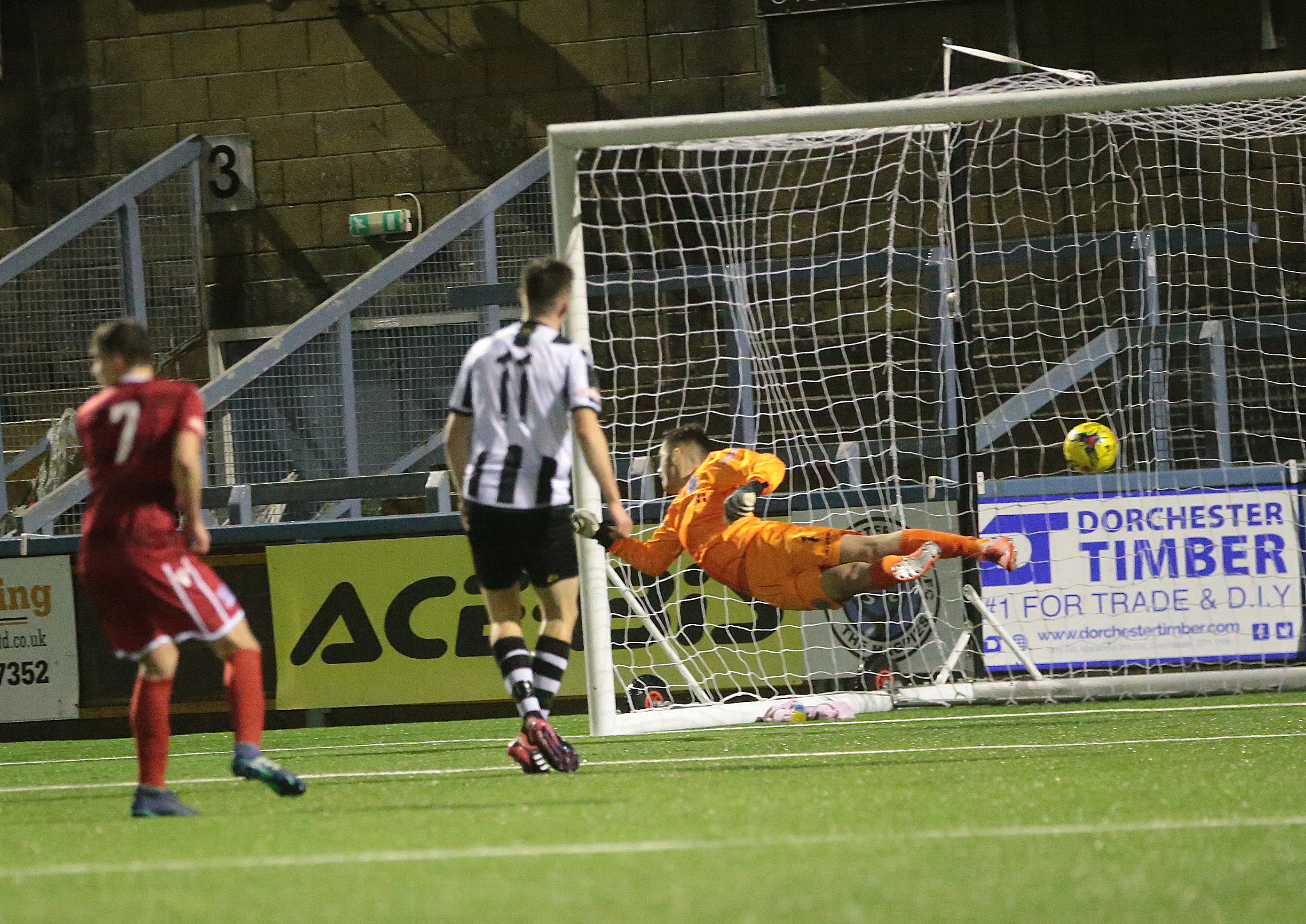 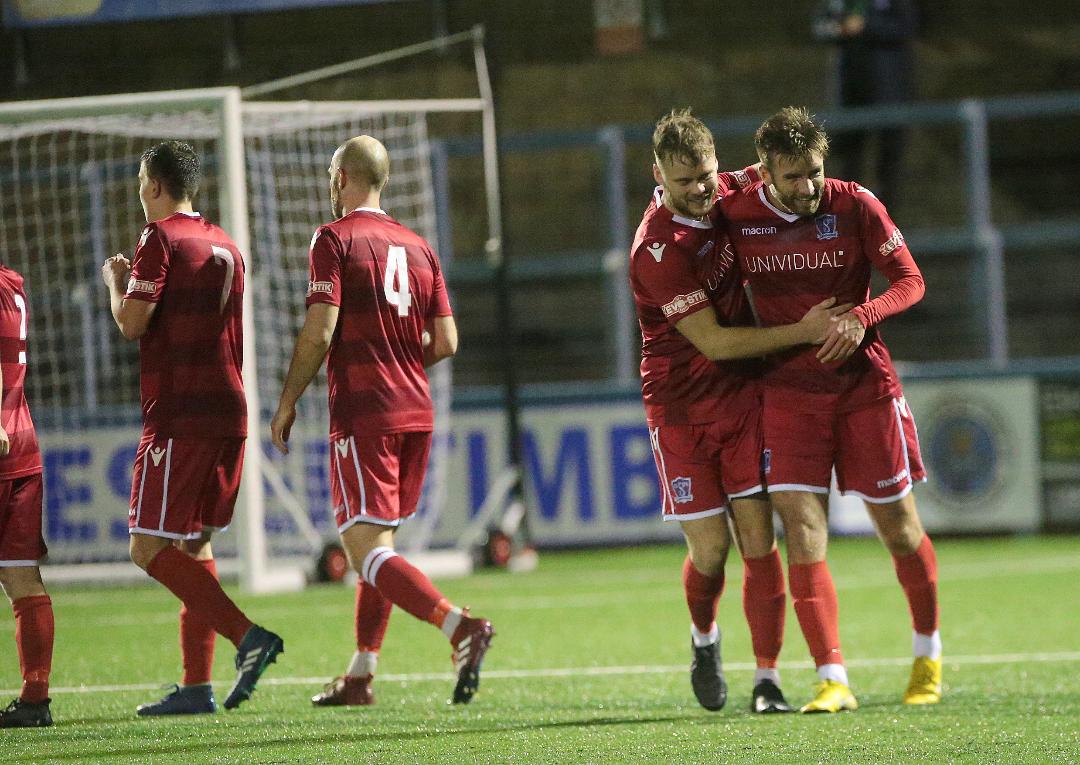