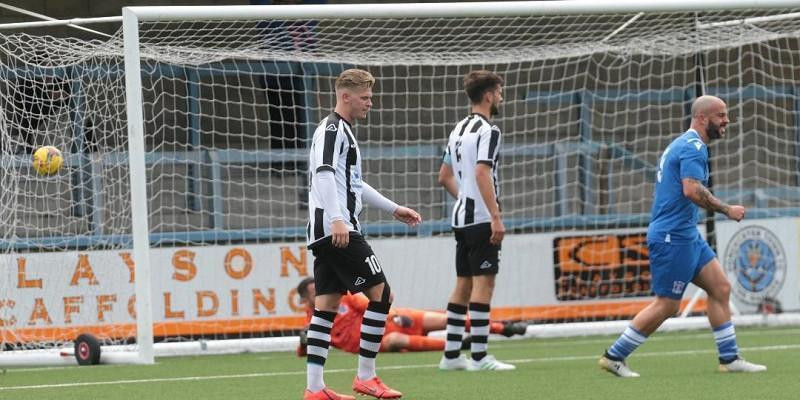 by Brian Davis (Media & Press Officer)
Late equaliser from Dorchester ruins the day
Lee Spalding admitted it was a “kick in the teeth” to concede an equaliser at Dorchester Town although he conceded it was still a good point away from home. Sean Wright’s 88th minute goal ensured the home side snatched a last-gasp draw, cancelling out Calvin Dinsley’s 34th minute opener.

Reacting to the result, Spalding said: “We obviously wanted a reaction from last weekend (the defeat against Bath City) and I thought we got that. “It was a bit of a kick in the teeth to concede so late. I’m disappointed not to win the three points but taking the positives from it. It was an improved performance from last week and a good point away from home.”

Marine had started the game brightly, probably still with the flea in their ear they received following their disappointing cup exit to Bath city last week with Brad Hooper, restored to the midfield firing wide in the games opening attack. Hooper then received an early yellow following a foul when it appeared Dorchester would put the ball out of play due to an injury to Joe Shepherd who was led prone on the 3G pitch, but as play almost came to a standstill, the home side stopped the ball on the line and continued to play around the stricken full-back which led to the foul and some pushing and shoving from both sides.

Shepherd was unable to continue with an injured hip and Spalding was forced to re-shuffle with Michael Hopkins coming on as an early replacement. Magpies midfielder Billy Lowes should have put the home side a goal up, but he somehow headed wide from only 3-yards out. They went close again when a combination of Horsell and the post denied Daniel Strugnell’s downward header. 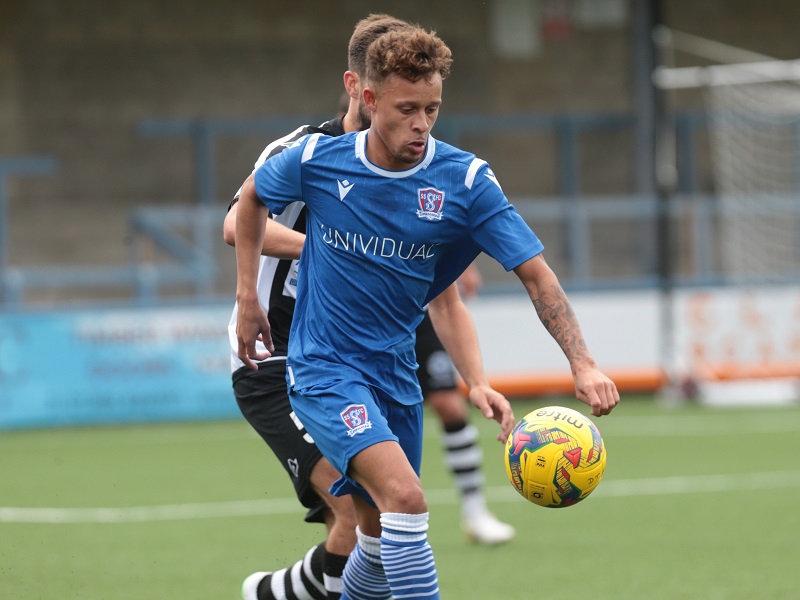 The home side used the width of the pitch to their full advantage and won the best part of half a dozen corners in both halves, but were unable to convert or even look threatening from any of them. Harry Williams forced the home keeper into a good save when he linked up excellently with Hooper on the edge of the box and after receiving the ball back from the midfielder, he his a low deflected effort that Hutchings had to be at full stretch to parry away from him.

Calvin Dinsley hit an effort from distance straight at Hutchings and would go one better just a few minutes later. Dorchester led an attack on Martin Horsell’s goal, but Hopkins pass back to him led to the keeper hitting a short ball forward and nearly every player in blue touched the ball before Ryan Campbell played in a lovely defence splitting cross that Dinsley finished excellently left footed into the corner of the net. A really well worked team goal that had you seen it in La Liga or the Premier League, pundits would have purred over it for days!

Tom Bath could have had the home side level shortly before the break but with Horsell caught flat footed, his volley fell agonisingly wide of the far post.

Bath went close again right at the start of the second half, but his header went wide of the goal. The away side responded when Stuart Fleetwood fell desperately short of getting on the end of Dinsley’s cross and as the ball was recycled, the strikers effort was saved well by Hutchings in the Dorchester goal.

Dinsley, who was having a fine game in the middle of the park, then hit a dipping effort on the half volley which went a fraction over Hutchings bar. Campbell and Louis Spalding created the next chance and Campbell who started the move on the left, was allowed to float over to the right and when he received the ball back from Spalding who was now at Right Back following a half-time change with Hopkins, Campbell saw his goal bound shot charged down in the box.

The right back was at the heart of the action again and it was his foul that led to a free kick right on the edge of the box for home side, but the free kick was a comfortable save for Horsell. Just as it was looking like it might be ‘Marine’s day, substitute Sean Wright latched onto the end of Bath’s flick and finished well into the corner of the net. 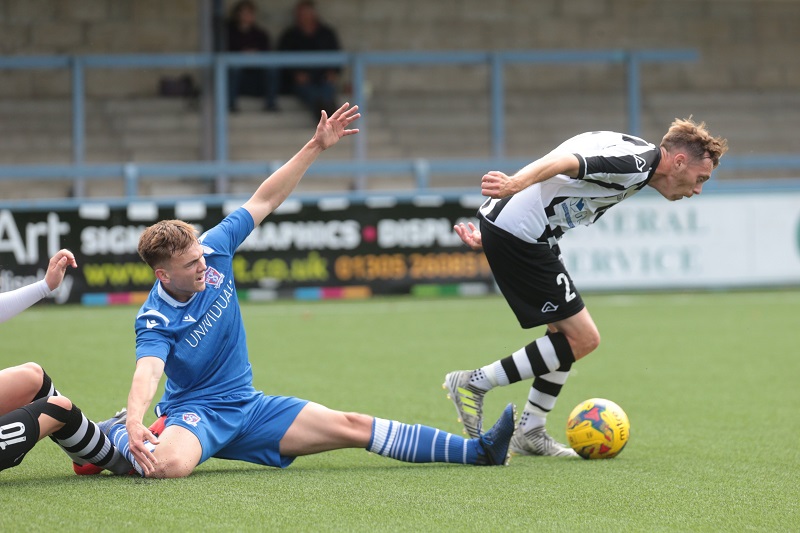 On reflection, a draw was probably a fair result, although to concede so late will be disappointing to the side who having finally broke their first half league goal jinx, are yet to have a clean sheet in the league.

All focus now goes to Wednesday night where we make the very short journey to our neighbours Highworth Town in the Southern League Challenge Cup before back-to-back-to-back home games at the Webbswood versus Chesham United, Blackfield & Langley and Farnborough on the 5th, 8th and 12th October respectively. We hope you can join us and keep the Webbswood a hard place for visiting teams to come.