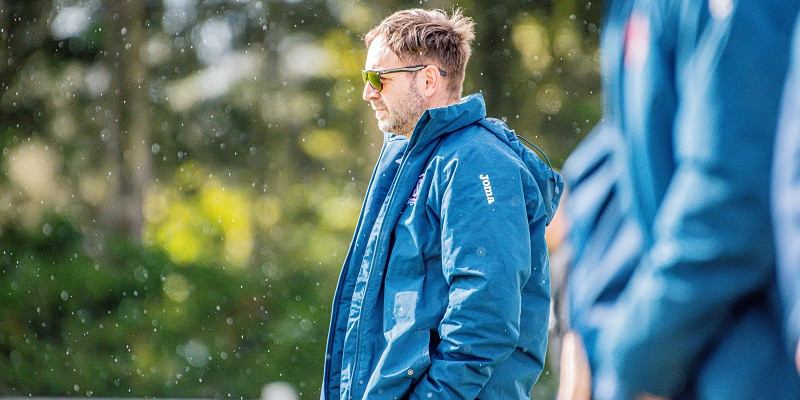 From The Locker Room

Coming off an intense workman-like performance against North Leigh a week earlier, Marine didn’t allow themselves to suffer a let down in their tough contest at Merthyr Town on Bank Holiday Monday, instead they produced a strong, overall performance, one in which they rallied from an opening half two-goal deficit, to open 2023 in positive fashion and provided the evidence that they’re tantalisingly close to the ‘Rubicon’.

“I thought we started the game well – the first twenty, twenty-five minutes we played some good stuff,“ manager Lee Spalding said after the game. “We got in behind them a couple of times and it was just the final ball that was lacking really.“

“We got a free kick and the ball has gone in to the wall and it’s then been cleared. I felt that we dealt with the first phase okay, won the header and then the ball has come back over us, it was a difficult one for the keeper, the ball bounced quite high and has hit Liam Armstrong in the knee, but we need to be dealing with those situations better and it is definitely an avoidable goal.“

“Although the error led to the opening goal for the hosts, the momentum between Armstrong and the Martyrs goal scorer, Curtis Jemmet-Hutson during the build-up, caused a coming together of the two players which resulted in the Gloucester City loanee receive lengthy on the pitch treatment having suffered a foot injury. That injury then prevented the youngster from taking goal-kicks for the remainder of the game and has since been confirmed as being a broken foot.“

“It knocked the stuffing out of us a little bit to be honest. For the next fifteen-twenty minutes, we were probably a little more on the back foot and Merthyr, had a bit more of the ball and it was disappointing to concede in the forty-sixth minute like we did, same again, it was a little bit of a soft goal to concede and its one we’ll be disappointed to watch back on how easy it was for them to get inside our penalty area.“

“In the second half I thought we competed very well, the lads kept going and same again, we asked them a lot of questions, put in a lot of throw-ins and crosses in to the box and it was good to get one back.“

“We could have done with getting one back ten-fifteen minutes before we actually scored to make it even closer, but I can’t fault the lad’s effort second half I thought they kept going but it’s just a case that we needed to be better on those couple of occasions in the first half and if we do that, we’d be looking back and its either a draw or we win the game, we’ve got to look at those situations and make sure we improve.“

Supermarine return to action this coming Saturday January 7th 2023, when we host a big Wiltshire derby against Salisbury, kick off 3:00pm.