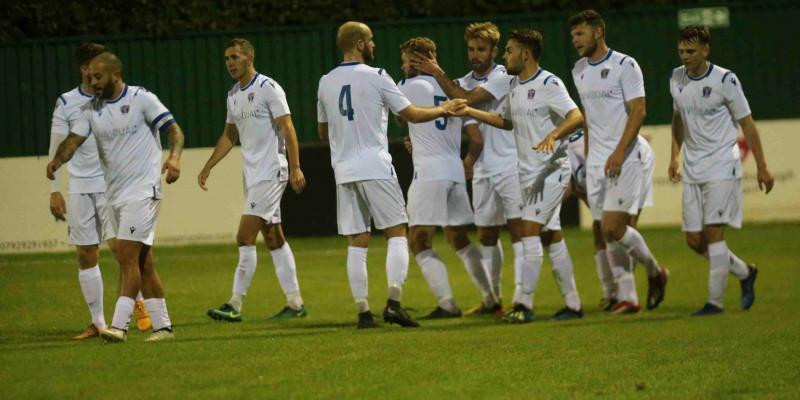 by Brian Davis (Media & Press Officer)
Supermarine showed once again that having game changing options on the bench can make all the difference at this level as another substitute, Harry Williams came off the bench to score the winning goal in Hampshire at a well organised Hartley Wintney.

Too often last season the Marine manager looked behind him to see like-for-like replacements on the bench, mainly within the backline and middle of the park, whereas this season, he has four fit, excellent forwards who can all change the game in a blink of an eye. Last weekend Kane Simpson emerged from the dugout to score a brace to beat Walton Casuals and for that, was rewarded with the start at Hartley. 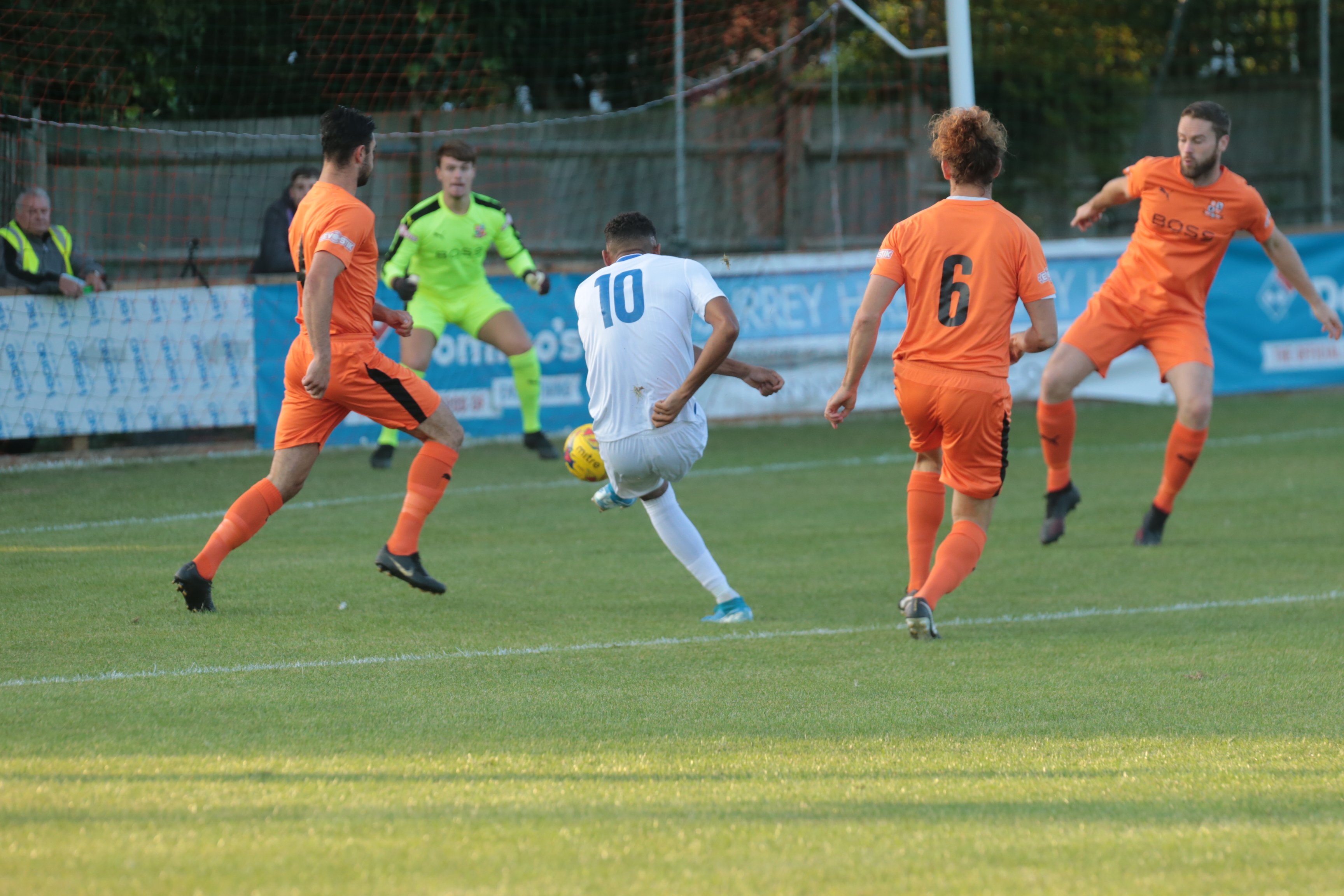 It was Simpson who had the games first chance as he cut in on his right foot and fizzed an effort just wide of the near post from the edge of the box. Tyron Smith then had the hosts first chance when he hit an effort from distance, but his effort was low and comfortable for Martin Horsell.

Hartley then had a shout for a penalty following a collision in the box, but the referee was unmoved, deeming the challenge to be fair. Henry Spalding then went close for ’Marine, who were sporting their new all white away kit when his effort took a slight deflection and went out for a corner.

Albert went close again, heading over from a corner before he then forced another great save out of Horsell volleying towards goal but Horsell stood strong and made himself big to make an excellent stop.

With little over fifteen minutes to play, ’Marine went on the attack down the left wing. Ryan Campbell robbed the defender of the ball as he was trying to shield it to go out of play by the left corner flag and got along the goal line before playing the ball inside to Harry Williams. He shielded the ball and was fouled by a defender leaving the referee no hesitation in pointing to the penalty spot which captain Stuart Fleetwood duly scored from.

The lead didn’t last long though as the ever-influential Tyron Smith hit a low effort towards goal from fully 25-yards that was dummied by a forward beat the unsighted Horsell to draw the home side level.

Five minutes later Hartley thought they had taken the lead when Horsell saved excellently down at his feet from a close range header that was stopped on the goal line. 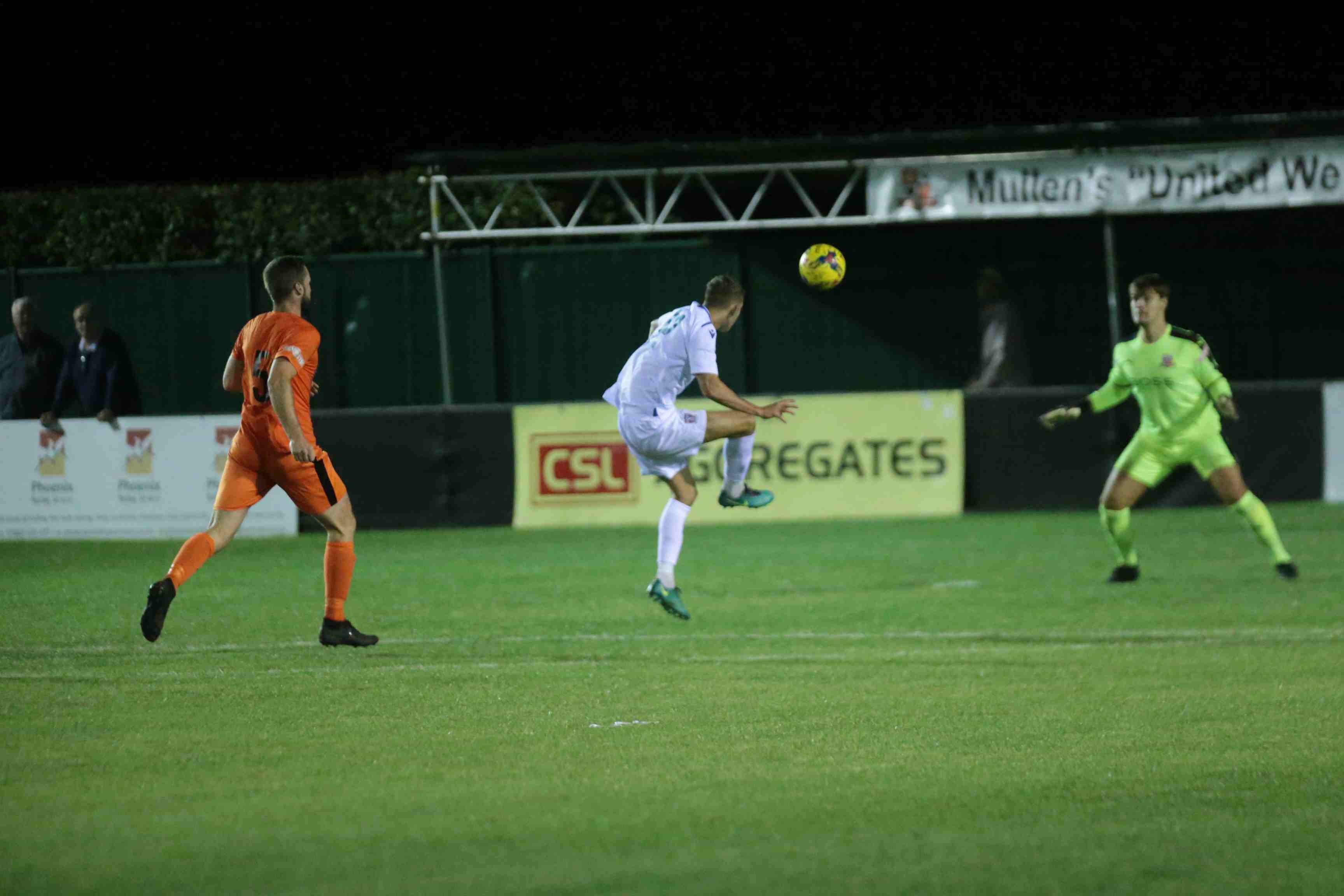 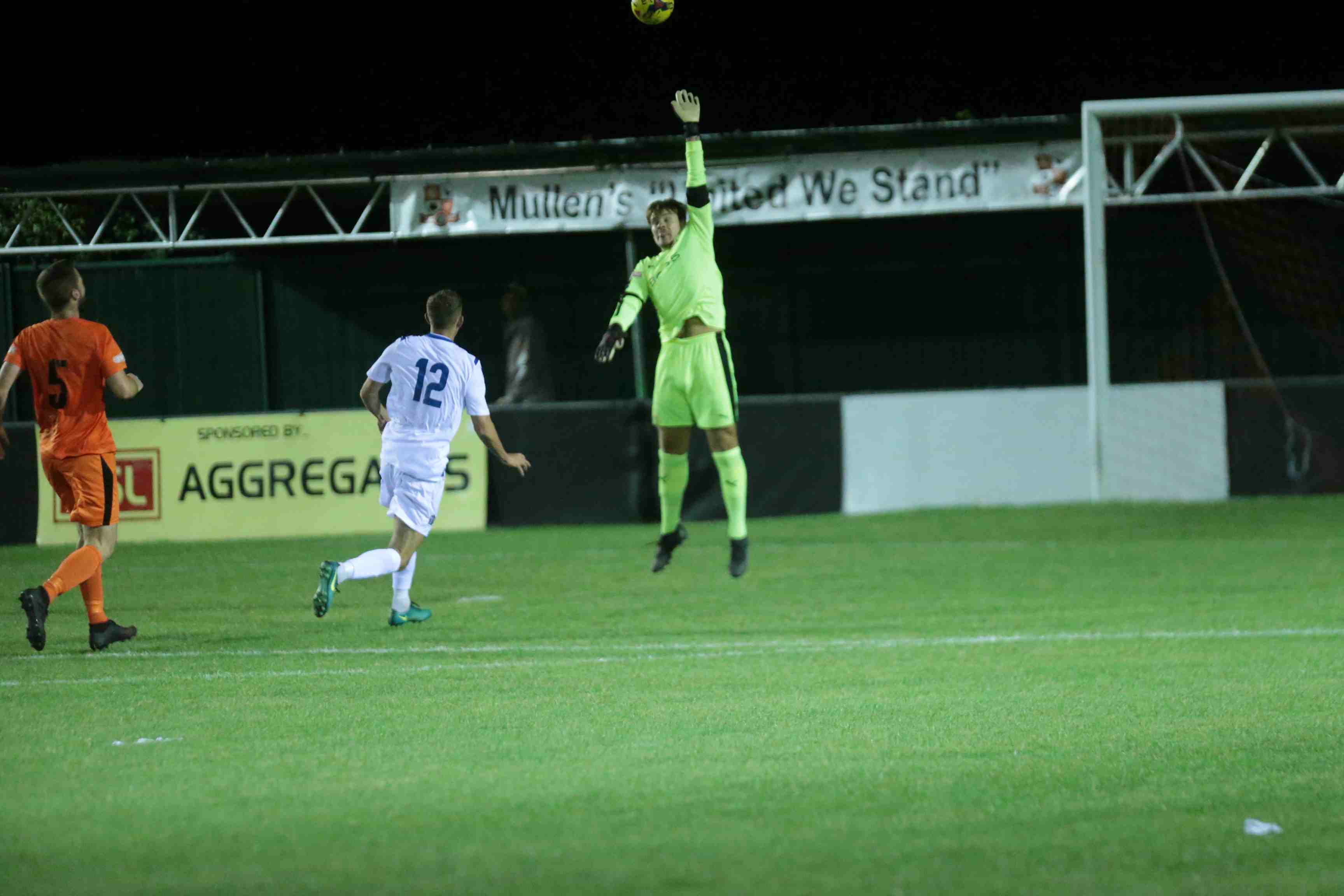 It was the kick in the backside Spalding’s men needed and in the blink of an eye they went from defending to attacking as Conor McDonagh, still working his way back to full fitness from last seasons foot injury, came off the bench and played a delightful long ball forward that both Hartley centre halves missed leaving the speedy Harry Williams with a one-on-one with home keeper Tom Williams and with a lot of work still to do he beautifully lobbed the ball over him and into the back of the net before celebrating in front of the travelling faithful.

With five additional minutes added, neither side could fathom another chance and ’Marine came away with their 100% record intact.

Manager Lee Spalding said after the game: “I am delighted to get another win making it back to back wins, it was another good workman like performance where the team were made to work hard for the victory. Hartley Witney are a good side and we knew that we would need to compete all over the pitch and physically stand up to the challenge. The surface wasn’t the best so it clearly wasn’t going to be an evening for slick football.”

“The keeper and the back four defended superbly on the evening, they certainly were asked a lot of questions and dealt with nearly everything that was thrown at them. The second half performance again showed how we were able to dig in and compete and force the opposition into mistakes. It was another good win against a very tricky opposition at a ground where not many teams will go this season and come away with all three points!”