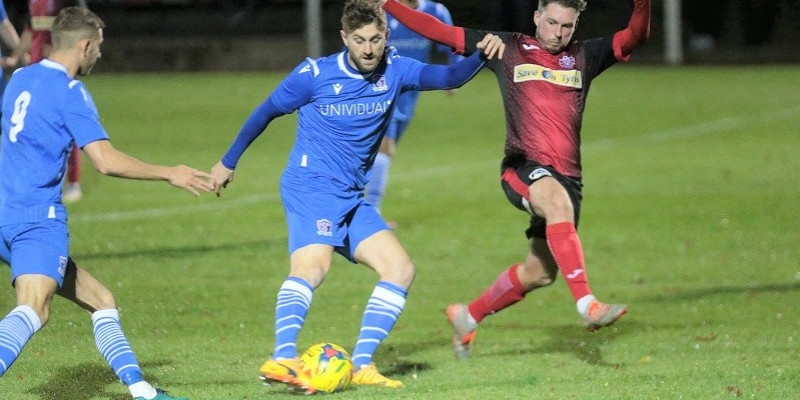 Both teams had early chances in the game as Williams saw former ’Marine keeper Connor Johns smother his effort after a fine through ball from Henry Spalding as another former Webbswood player Jacob Davidge flashed an effort across goal at the other end.

Johns did well again shortly after when he parried away Calvin Dinsley’s effort from distance before two real flash points occurred. Davidge appeared to land a high blow on Dave Bampton for which he would receive some treatment and after the referee let the incident go unpunished, Bampton then put in a lunging tackle on Davidge which also went unpunished.

Matt Coupe who had replaced the injured Simon Downer also forced Johns into action with yet another Former ’Marine legend Sam Morris giving Martin Horsell a chance to warm his hands up at the other end with a fine headed effort.

Town had a shout for penalty when a coming-together of legs in the box occurred and with Horsell gathering, both the referee and well positioned Assistant referee saw no infringement. Louis Spalding sent over a wonderful cross that McDonagh couldn’t get a turn and finish on before the left back had his own effort on goal which was saved by Johns.

The first fifteen minutes of the second half saw few chances. Davidge headed wide, Ryan Campbell sliced wide from distance and McDonagh missed the target at the back post and it would be another Lee Spalding substitute who got the first goal less than a minute later. 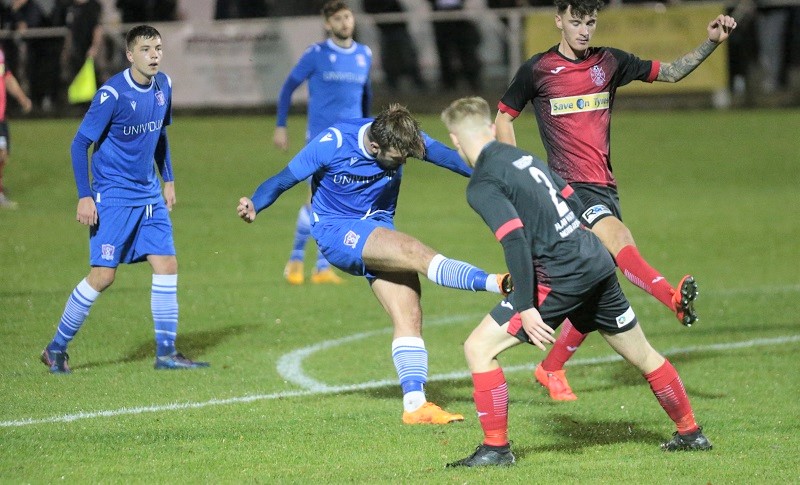 Substitute Brad Hooper made an instant impact as seconds after coming on for Jamie Edge a bursting run into the box before taking a touch past a defender, he steadied himself and finished low beyond Johns with his second touch. A great finish from a player who would have been disappointed to not start but certainly made a quick statement and impact off the bench.

Johns will not want to see the next goal back as Conor McDonagh turned his defender on the edge of the box and hit a low tame effort which Johns didn’t see until the last second as it rolled past him and into the net. Two goals in three minutes and the game was as good as over at that point. 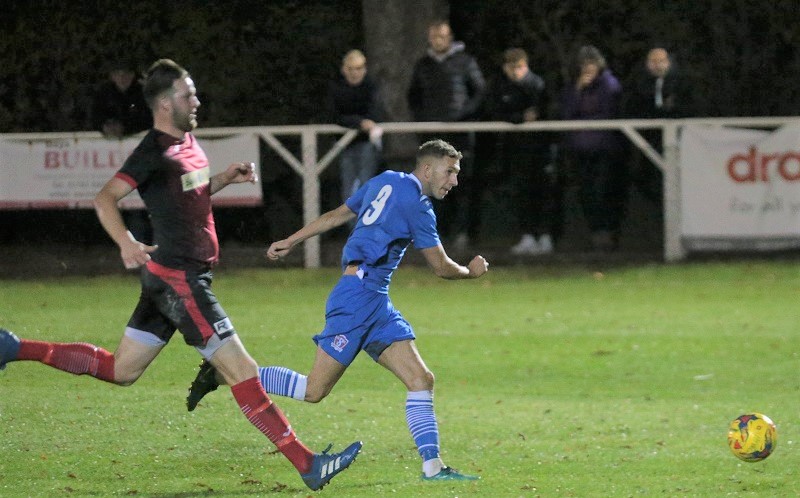 Marine were dominant in possession and now looked like creating chances each time they went forward. Johns went a little way to make amends when he saved excellently from Mat Liddiard’s powerful header and parrying away Hooper’s effort from 20-yards. Highworth sub Edjidja Mbunga tried to hit back but his powerful effort went just over Horsell’s bar.

With just over ten minutes remaining, substitute Brad Gray played a delightful long ball forward to Harry Williams who got ahead of his marker, nodded the ball into the box and finished clinically beyond Johns. Then five minutes from time Henry Spalding wrapped it up when he lashed home Williams’s ball from the byline.