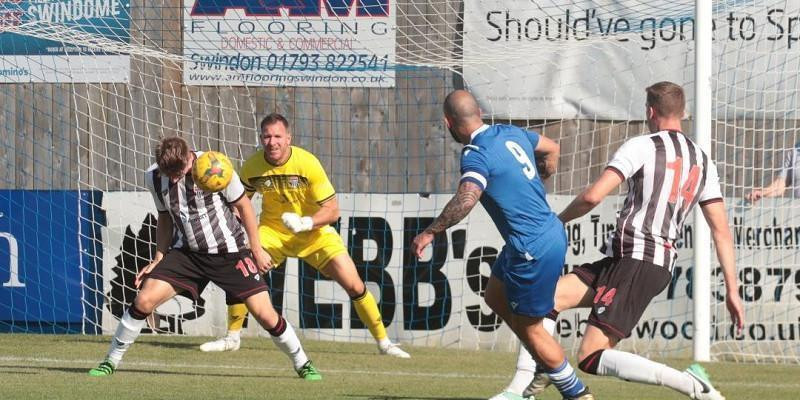 by Brian Davis(Media & Press Officer)
Bath City ran out comfortable winners at the Webbswood in a game that wasn’t really close and showed the gap between The National League South and the Southern League Premier with a professional and classy victory. The difference in class, ability and budget between Step 4 v Step 3 and Step 3 v Step 2 has been clearly on show at the Webbswood in the last fortnight. 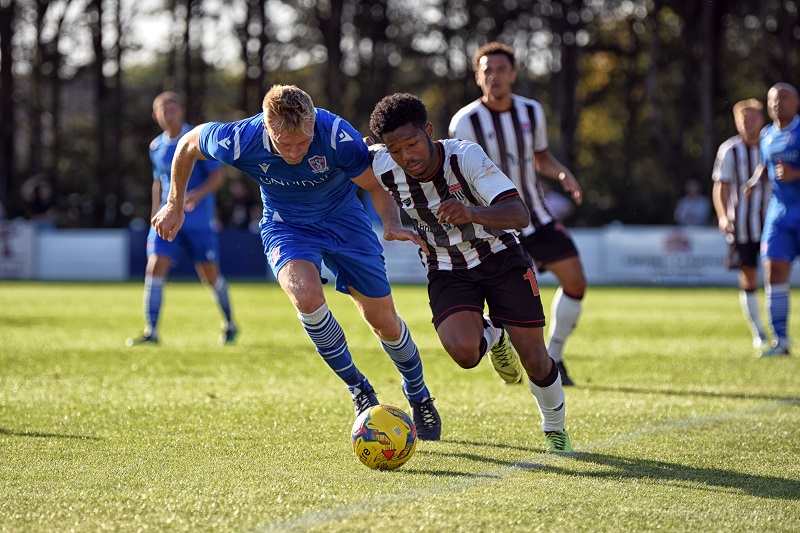 The Romans came into the tie as favourites and showed that class often and early in the second round qualifying fixture. Former Marine transfer target Adam Mann and Harry Hamblin forced Martin Horsell into two early saves but the keeper was eventually beaten on 35 minutes when Ryan Brunt headed home at the back post from an Owura Edwards deep cross.

It was starting to look like it might be a game that the hosts could hold on to half time with the game goalless but the strikers header would have torn up any early notes made by the home sides management team and leave them with everything to do in the second half.

Home captain Stuart Fleetwood had an effort blocked in the box but the blues rarely threatened the visiting keeper Ryan Clarke over the 90 minutes which will leave the team frustrated, especially after carving out so any chances only a week earlier at Taunton Town who themselves have National League aspirations.

With no half time changes made they left it fifteen minutes before making changes which this season has been quite the magic touch, however, with Lee Spalding ready to bring both Kane Simpson and Calvin Dinsley on at a goal down, The Roman’s dominated possession and went two up before he could get his fresh players on as Tom Smith was afforded space in the box to fire home high into the net. 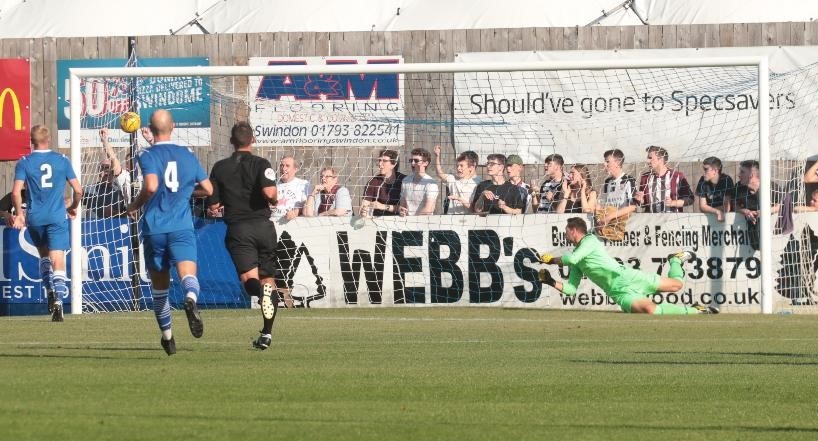 With the Walton Casuals comeback still not too far in the rear view mirror there was still a glimmer of hope but that sparkle quickly faded and it was quickly 3-0 when substitute Andy Watkins finished low into the corner under the keeper to seal the victory with just over twenty minutes remaining. The minutes from the end centre half Matt Bower nodded in to put a bow on the victory and send the home fans back up the M4 very happy. 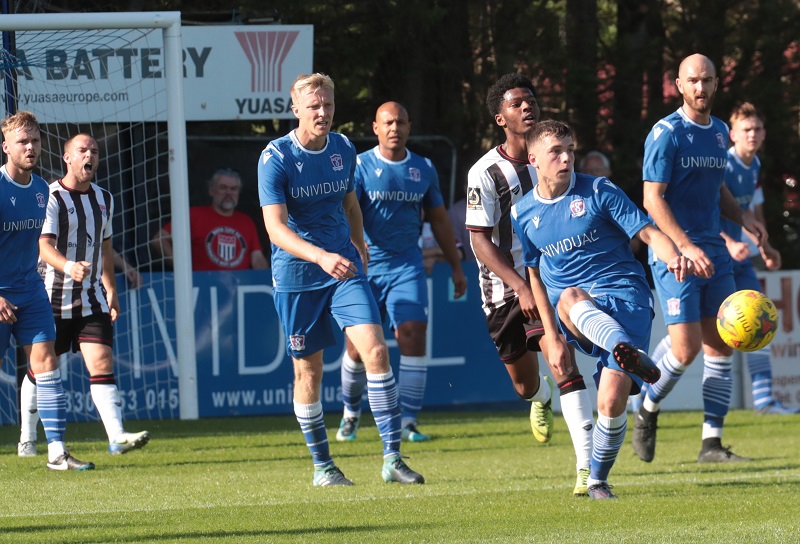 A disappointing day for Supermarine who looked off the pace and a combination of their bad day and Bath’s good day always meant a mountain was going to be climbed to get anything out of the game. A sign of where the club will need to be every week if they did make the lofty heights of Step 2 in the non-league pyramid! 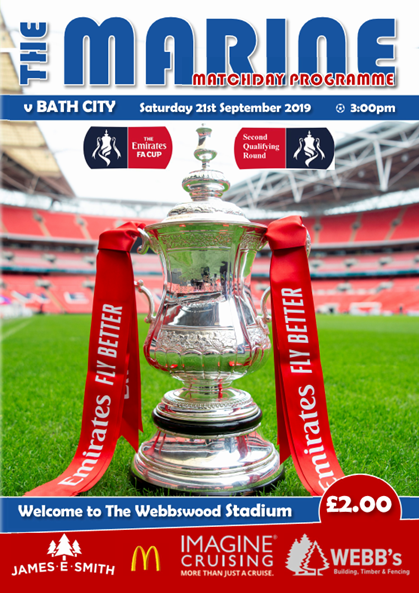