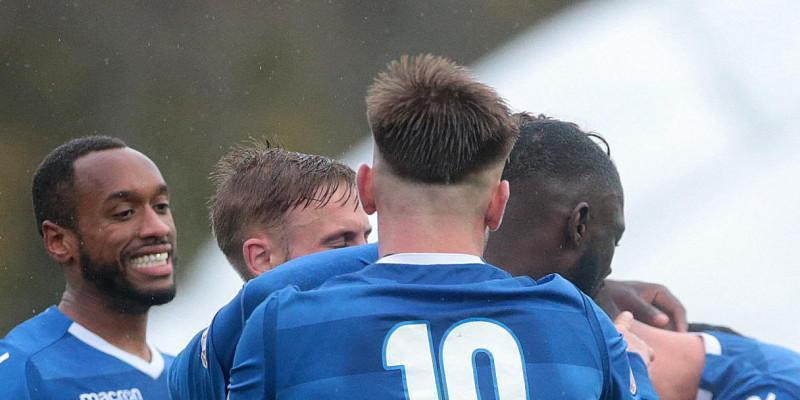 Two evenly matched teams played out a 1-1 draw at a rainy Webbswood Stadium as Brad Gray’s 86th minute curler into the top corner meant that both teams will have to do it again in a replay. Supermarine gave a debut to centre-half Matt Williams who was signed from Gloucester City this week, he replaced another former Gloucester City man, Matt Coupe. Connor Thompson (holiday) was replaced by Ryan Campbell on the left wing and Zak Westlake came in at Left back to replace Michael Hopkins (hamstring)

It was a fast start at The Webbswood Stadium with both teams going close in the first two minutes of the game, Luke Williams shot over and wide as Marine took the game to their Southern League Premier Central opponents right from the off. From a long goal kick though, Banbury immediately fired their own early warning shot as Kev Sawyer made a good save from Giorgio Rasulo.

Stuart Fleetwood failed to hit the target on the turn from 12-yards as his low effort curled wide of the far post. Luke Williams went close again when he forced on loan Oxford United keeper Emmanuel Agboola into a diving save away to his right to deny him from outside the box. From the resulting Brad Gray corner, the ball fell to Ryan Campbell who hit an absolute bullet of a volley from 20-yards that Agboola parried away for another corner.

Banbury should have taken the lead when on loan Bath City man John Mills managed to find space in the box, but his turn and volley failed to trouble Sawyer. The veteran Marine keeper was called into action shortly after as he made a great diving save to deny Ricky Johnson. The Puritans would take the lead right on the stroke of half-time as a long ball down the middle wasn’t dealt with by the home side’s back four and the ball eventually worked it’s way to Giorgio Rasulo on the edge of the box who curled an effort in right footed off the far post to give them a half time lead.

Conor McDonagh, playing against one of his former sides, headed wide after Gray put over a very tempting cross before Gray himself, now playing on the left after Joe Selman’s introduction for Campbell hit a swerving volley that just went over the bar. McDonagh went wide again when Selman set him up from the right wing. Sawyer made a great save to keep the score at just one, when he backpedalled to tip over a header.

With four minutes to play, Brad Gray made it three goals in three games for him when he curled home a lovely effort from the corner of the penalty area. Picking up a Luke Williams pass, he cut inside, looked up and curled an effort into the top corner that Agboola failed to get his hands on. Mills could have won it for The Yellows in injury time, but his effort from Gregory Kaziboni’s pull back failed to hit the target.

Manager Lee Spalding said after the game: “I thought we started the game brightly, first twenty minutes we had a couple of good opportunities to score. Disappointing goal to concede with only a minute of the first half left. second half response was excellent and we did enough to win the game with the amount of chances we created. Very pleased with Matty Williams on his home debut. Brad Gray scoring a good goal was pleasing and I thought on the day Luke Williams was my Man of the match. We will be Looking forward to the replay Tuesday evening at Banbury” The replay will take place next Tuesday 30th October at The Banbury Plant Hire Community Stadium. 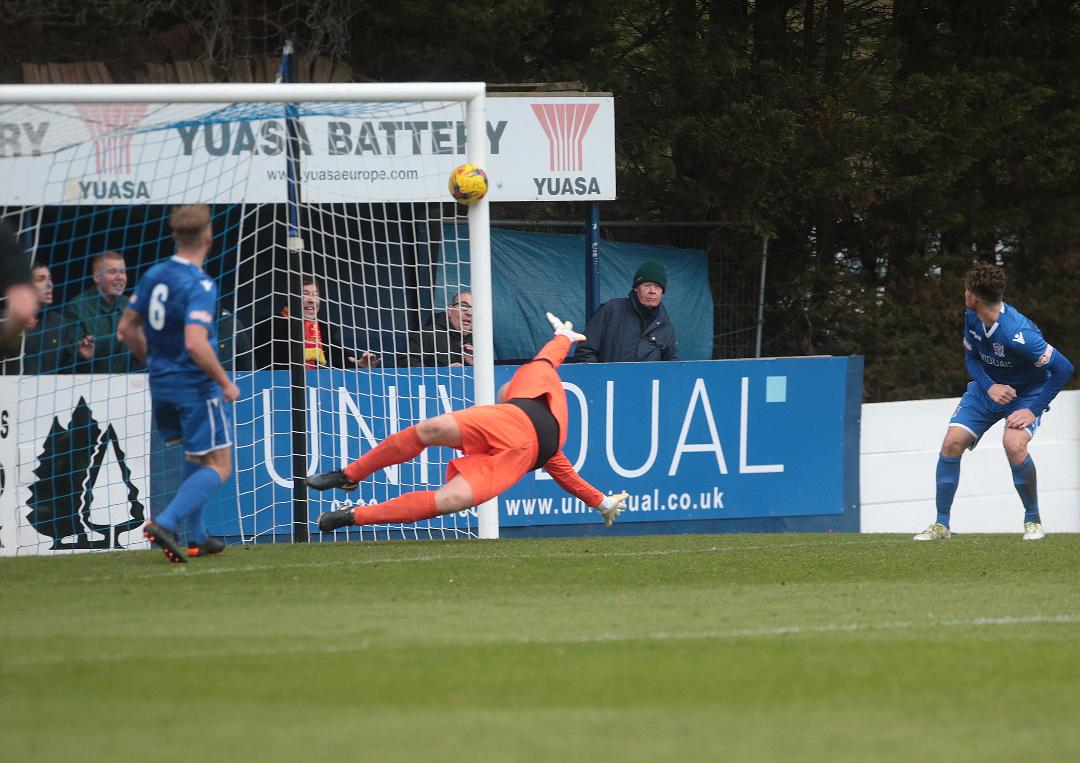