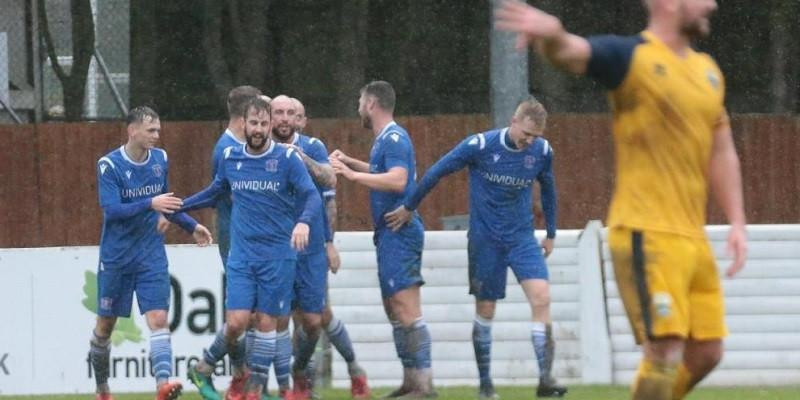 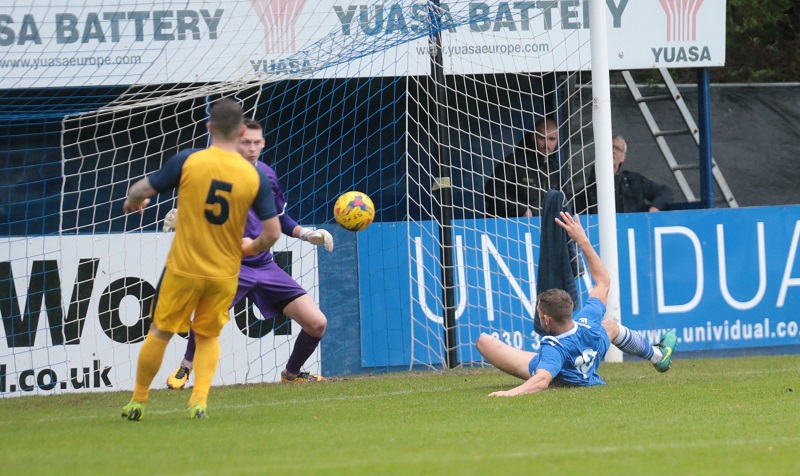 Heavy rain had earlier put the game in doubt, but the officials spent a lot of time looking at the pitch before deciding the game would go ahead. The rain fell heavy for the majority of the game but that didn’t stop either side playing some decent football on the deck. 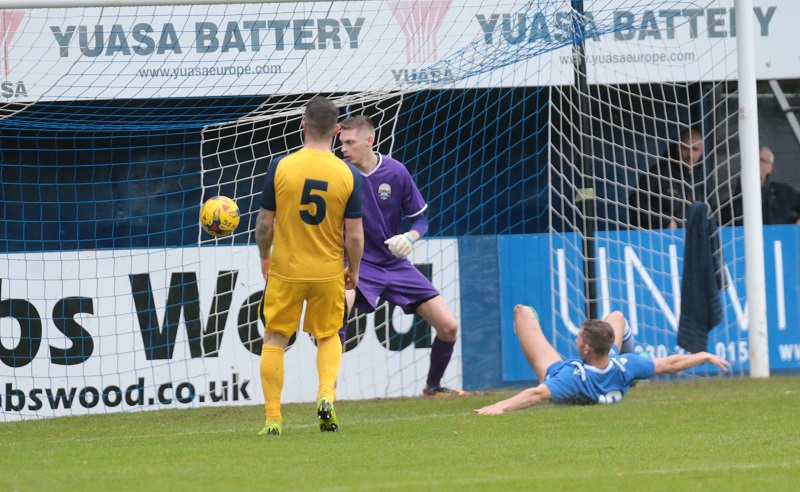 The home side had an early chance when Harry Williams slid in but couldn’t convert Michael Hopkins’ excellent cross in the second minute. Then Joe Shepherd nearly opened his account for the season but his blistering drive was tipped over the bar by Patrick O’Flaherty before Stuart Fleetwood saw his sliced cross just miss the target. 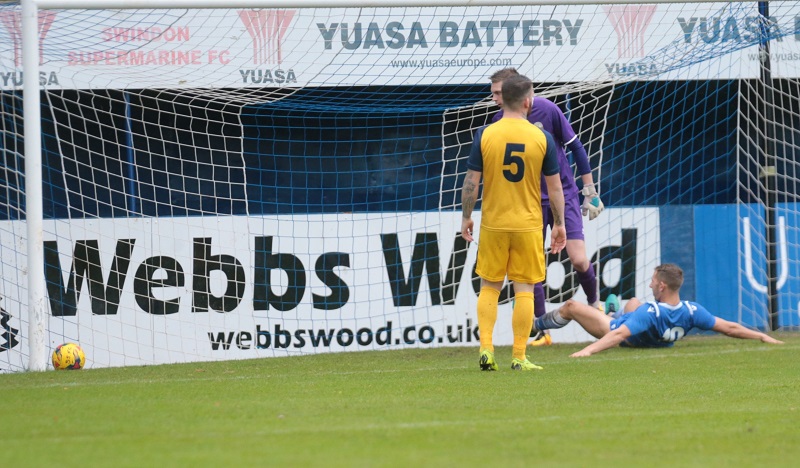 A moment of real quality split the sides though when Fleetwood’s left footed volley from 20-yards out flew past O’Flaherty into the corner of the net giving the home side a deserved lead just before half time.

The second half continued in torrential rain and the visitors forced a number of corners but couldn’t get any real quality in the deliveries. Matthew Paterson saw a shot blocked in the box and in the follow up Joseph Rea blasted an effort into the side netting from a slight angle.

McDonagh came on and had a good chance as he broke free of a couple of markers before hitting a low right footed effort which O’Flaherty did well to palm to safety. ’Boro should have equalised in the 90th minute when Lea had a guilt edged opportunity which he put wide from only six-yards out although Mat Liddiard recovered well to put him under pressure.

Manager Lee Spalding commented after ‘I’m delighted with the result and performance in very tricky conditions. Every player was tremendous and we got the reaction we wanted after Tuesday night. A good win for us which puts us up in around the playoff places. Fleets has started today and was excellent in training this week and finished tremendously and he put in a great performance.