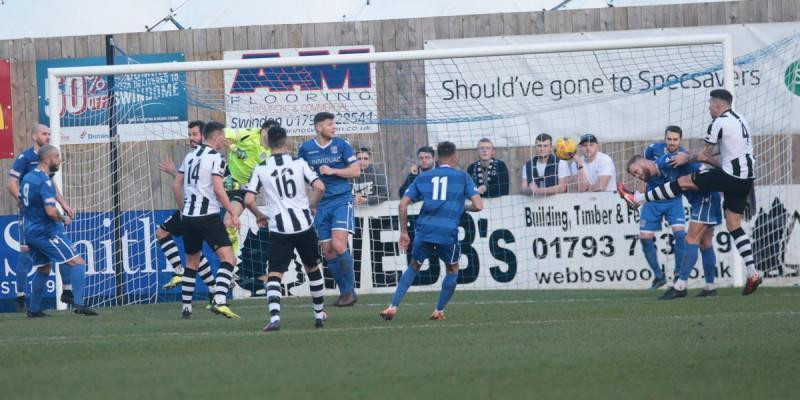 by Brian Davis (Media & Press Officer)
Swindon Supermarine comfortably brushed aside Dorchester Town at the Webbswood Saturday afternoon to move them onto 43 points completing the double against the Dorset team, winning their first game in the league for a month.

The first half went past with few real chances for either side. Skipper Stuart Fleetwood had a couple of low efforts straight at Magpies keeper Nick Hutchings whilst the visitors forced a number of corners, but were unable to really test the home keeper Martin Horsell as a new look back four which saw Jerel Ifil rested and Mat Liddiard drop back from midfield alongside Matt Williams look comfortable all game against a potent strike-force in Antonio Diaz and Ben Seymour.

Billy Lowes near post volley was comfortable for Horsell and Henry Spalding failed to hit the target when his shot from just outside the box went over the bar.

The home side started the second half much quicker and soon took the lead when Conor McDonagh and Stuart Fleetwood combined down the right and after Ryan Campbell made a nuisance of himself from McDonagh’s cross he got the ball into the feet of Spalding who took an excellent touch inside the defender before curling low past Hutchings from eight-yards.

Dorchester should have equalised when substitute Tom Blair got behind Connor Thompson advanced into the area, cut inside on his right foot and when it looked like it would be all square, he curled wide of the far post.

Thompson was later substituted with a hamstring injury and will likely be a doubt for the midweek trip to Taunton Town, Dan Williamson came on and performed well in his place against the lively Blair.

Fleetwood almost had himself a goal of the season contender when he latched onto a long Jamie Edge pass and with Hutchings off his line went for an audacious chip from distance but the Magpies keeper just got enough on it to tip it over the bar at full stretch.

A number of substitutions made the final quarter somewhat disjointed and the game was won in the 82nd minute when Campbell burst clear down the left, squared the ball into McDonagh who in turned played the ball across to Fleetwood who dummied the defender out of his boots before stabbing a low guided effort into the far corner for another superbly composed finish.

It should have been three in injury time when substitute Josh Parsons broke the offside trap but Hutchings did excellently to spread himself to deny him.

After the match manager Lee Spalding was thrilled to see his side’s wait for a win come to an end and felt it was a case of being patient against Dorchester. I am really pleased. It was a good result, we scored two good goals and got a clean sheet, said Spalding. We weren’t at our best in the first half, but I thought we defended well when we were called upon. The second-half performance was a lot better. We got ourselves in front early on after half-time and after that it was a case of how many it was going to be. We scored two goals and we had two really good chances to make it even more. Overall, I was delighted to get the three points.

Spalding conceded Marine have not been at their best in recent weeks, so was delighted the players took on board his desire to be switched on right from the first whistle against Dorchester. There have been a couple of games recently where we haven’t started particularly well. We have spoken about that and looked to address it, said Spalding. I thought we competed a lot better in the first 25 minutes on Saturday. Although we didn’t play great football, there was a conscious effort to make sure we competed and tried to get on top of them.

The lads battled really hard and all worked really hard. As a team, we were nice and compact and hard to break down, while going forwards, I always feel we have got the quality to create chances and score goals. It was a team effort and I thought the lads were outstanding.

Top Photo: Marine defenders are on their toe’s defending a set piece 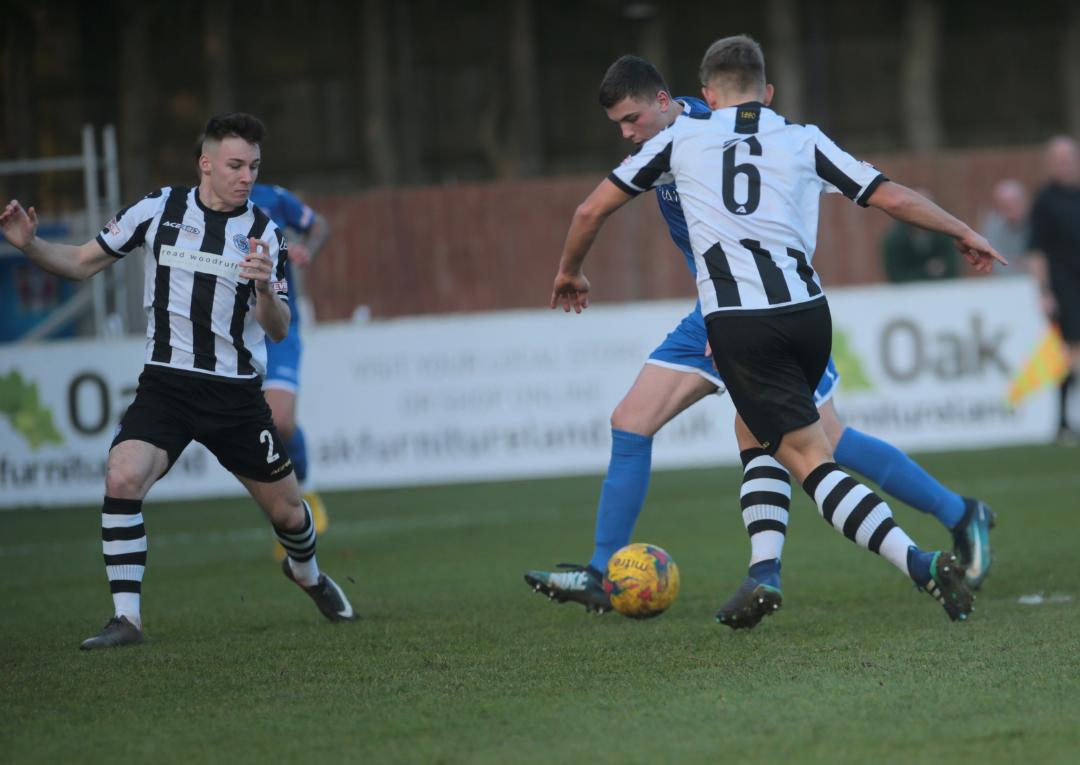 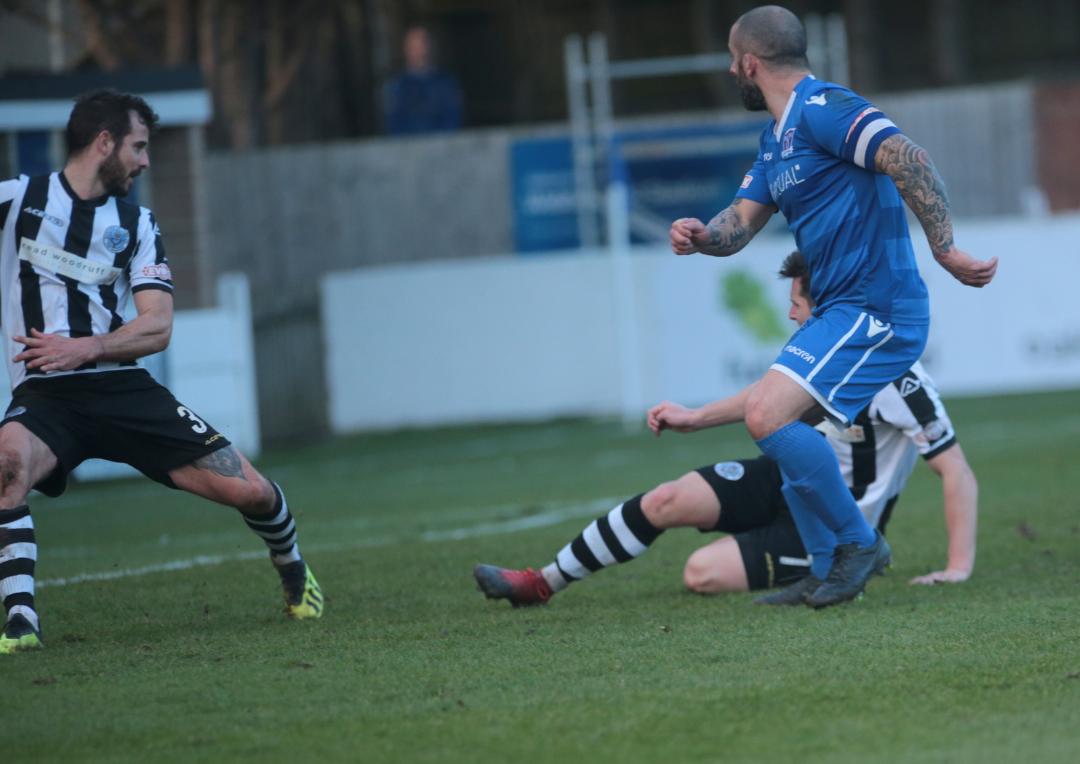 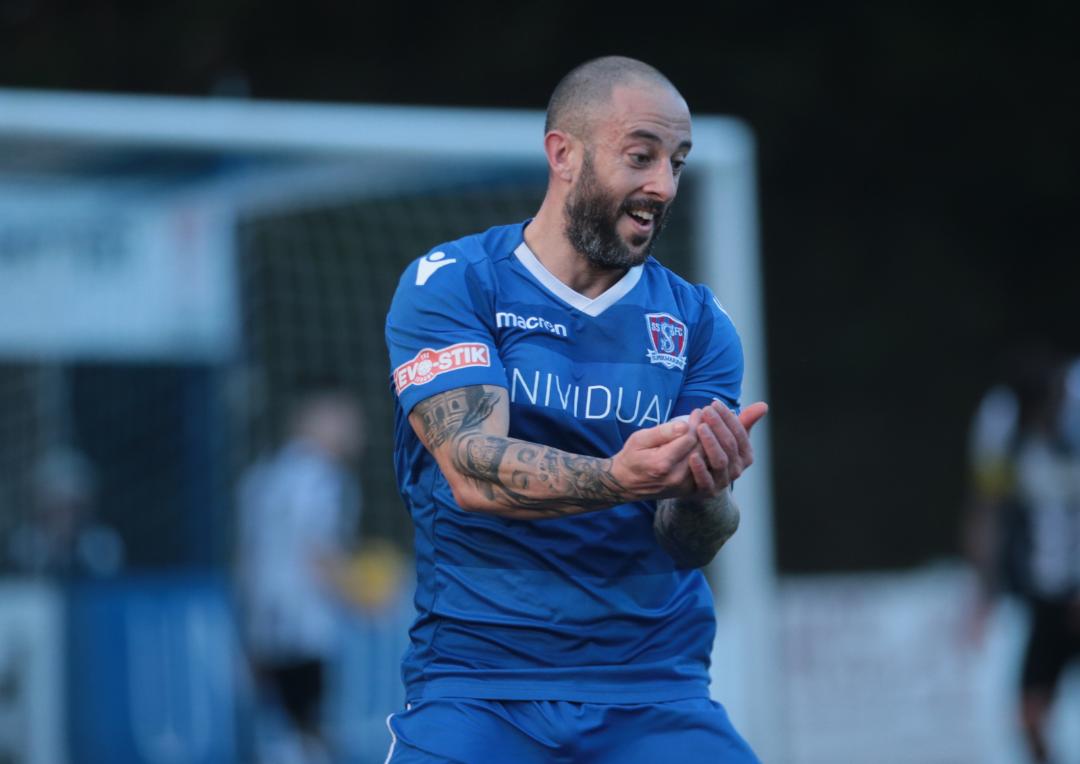