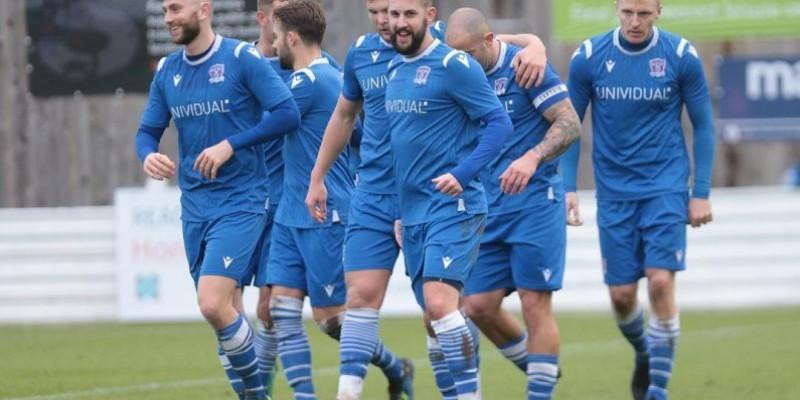 by Brian Davis(Media & Press Officer)
Swindon Supermarine comfortably held off Hendon at home Saturday afternoon as two first half goals from Harry Williams proved to be the difference as ’Marine remained 4th in the table with 30 points already accumulated. At the same stage last season, the team were in the bottom half of the division with only 12 points on the board. 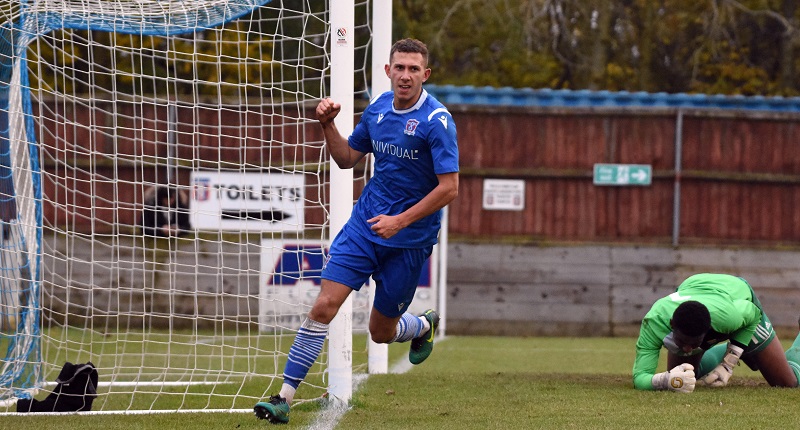 The team are really starting to look like one that if they can grind out these type of results that they struggled with last season, can make a real run at making the playoffs. The team are still missing centre half’s Matt Williams and Simon Downer through injury. 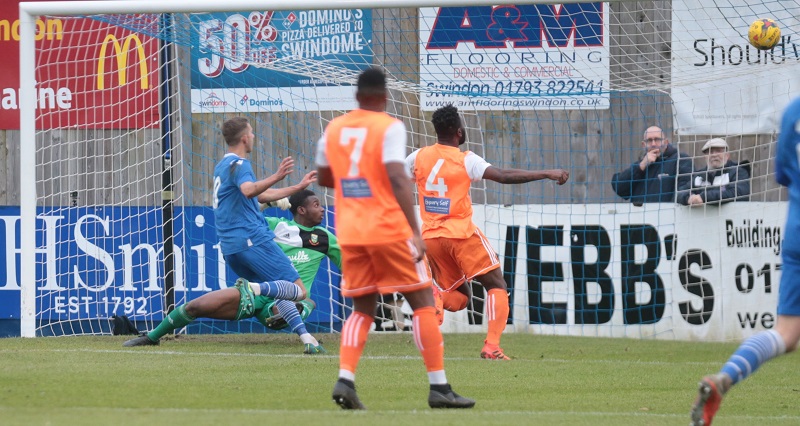 With Jamie Edge suspended Lee Spalding was forced into a change as Brad Hooper returned to midfield alongside Joe Shepherd and hero of last week Ryan Campbell also got a start down the left hand side.

Stuart Fleetwood had two early chances, hitting a volley from 20-yards into the side netting ahead of rounding the keeper but couldn’t get a final finishing touch as his heavy touch saw the ball go behind for a goal-kick.

Campbell laid on a chance for James Guthrie, but he dragged his low effort wide of the post as the home side looked to stamp their authority on the game very early on. Isaac Galliford saw an effort deflected that Martin Horsell did well to parry behind for a corner which was as close as the visitors really got all game. 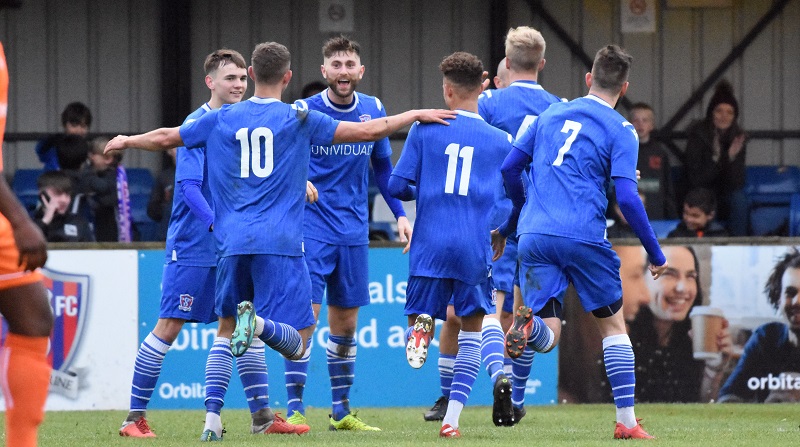 Williams got his first of the game when he volleyed in from Campbell’s wonderful left side cross after twenty six minutes, although Hendon keeper Dante Baptiste might feel he should have done better as the forward volleyed straight at him but with enough power to see the ball into the back of the net. 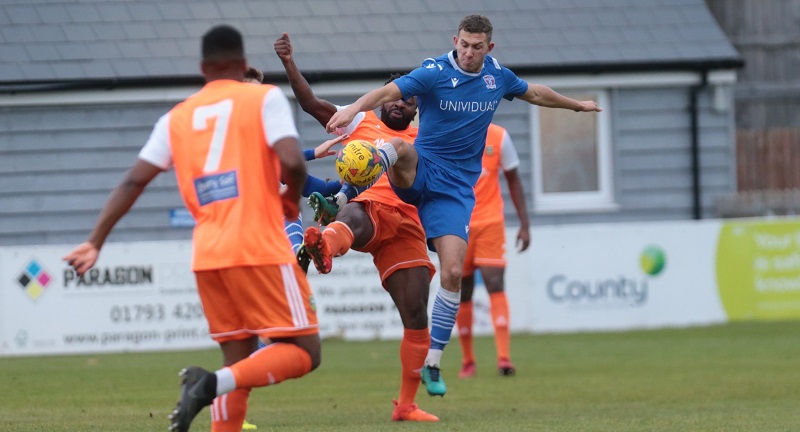 Campbell should have made it two but his diving header glanced wide before Williams made sure it was two when he finished off a fine team move involving James Guthrie and Stuart Fleetwood as his strike partner unselfishly rolled the ball across to him finish past Baptiste. 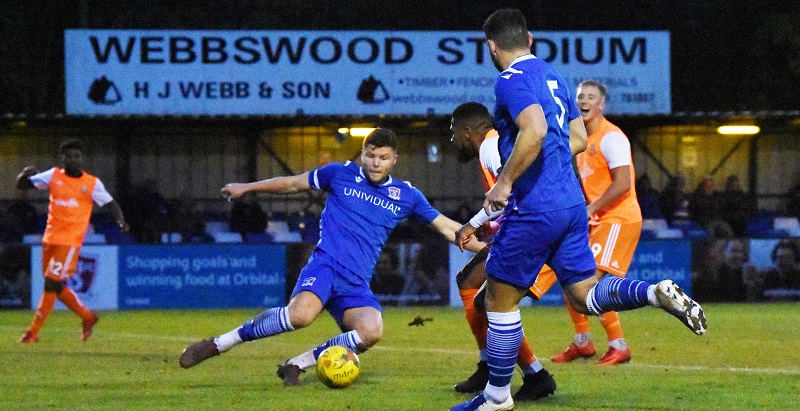 Campbell fired over the bar on the stroke of the half as the home team dominated the game. 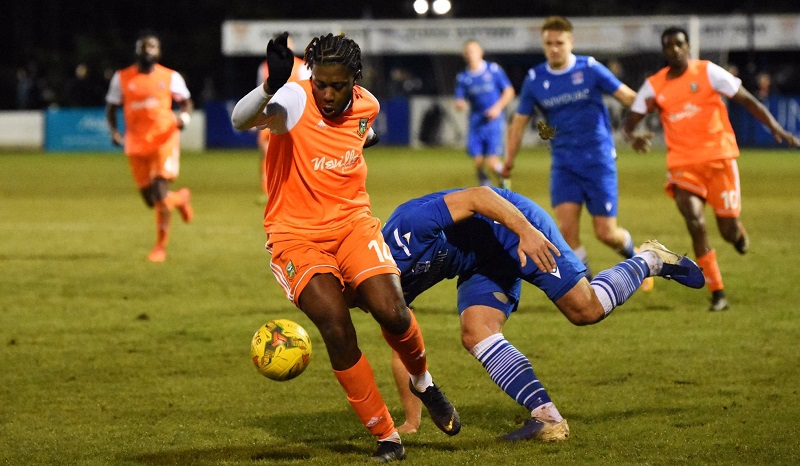 Whose the player, we think its Matt Coupe hiding behind the Hendon player?
© Motion Sport Photography

The second half was a scrappy affair and Williams could have had a hat trick early on but Baptiste denied the strikers powerful effort from the corner of the box. 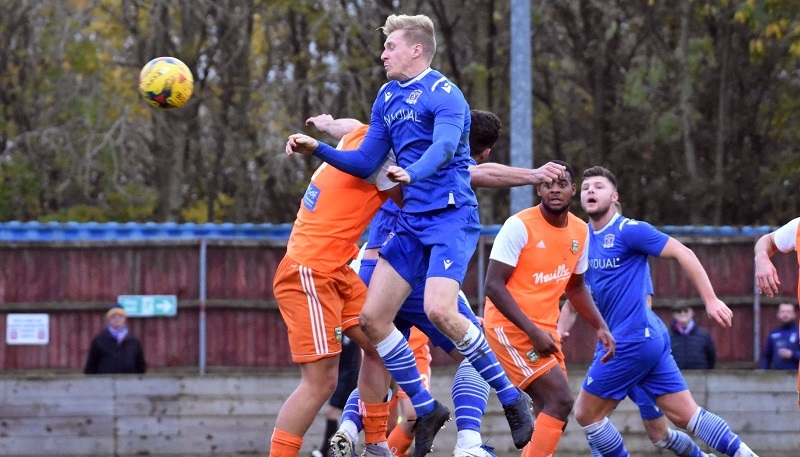 Joe Shepherd, who had a good game for Marine in midfield, winning the ball
© Motion Sport Photography

Shaun Lucien had the visitors best chance but curled over the bar and Isaac Galliford hit a speculative long range effort straight a Martin Horsell as the home side saw the game out.

Next up at the Webbswood, we welcome Cinderford Town in the Southern League Cup Tuesday night, kick off 7:45pm with discounted entry available for this game. Adults £7, Concessions £4. U12’s FREE. 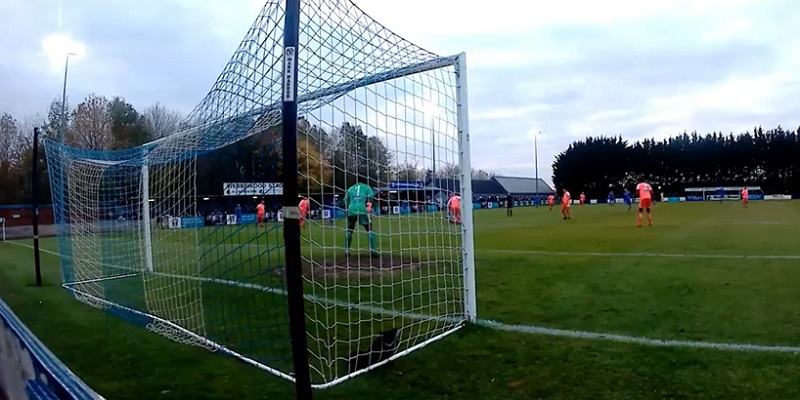