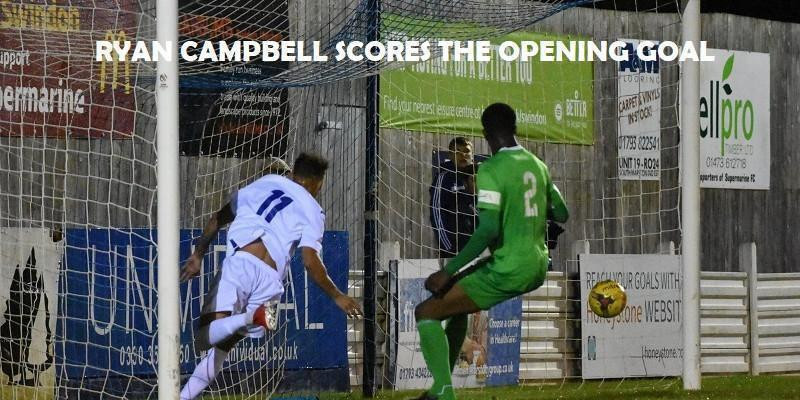 by Brian Davis(Media & Press Officer)
Supermarine saw off newly promoted Blackfield & Langley on a cold Autumn evening at the Webbswood Stadium, as first half goals from Ryan Campbell, Conor McDonagh and a second half header from Harry Williams made it two wins in two games at home in a run of three matches on home soil in eight days.

Manager Lee Spalding started with the same starting eleven that beat Chesham United on Saturday. A reward to all who battled so hard against team who at the time were sitting second in the table. With a second win for this line-up, it will be very interesting to see what team starts against Farnborough Saturday with central defender Matt Williams expected to be fit, with Michael Hopkins returning off the bench last night and Simon Downer and Calvin Dinsley also close to returning.

Both teams forced early corners and it was Martin Horsell who was called into action first when he excellently saved to his right parrying away an effort from the edge of the box. Henry Spalding curled over for the hosts and the first effort on target for the home side resulted in a goal as Ryan Campbell tucked home at the far post from Conor McDonagh’s low cross who had received an excellent return pass from Henry Spalding. 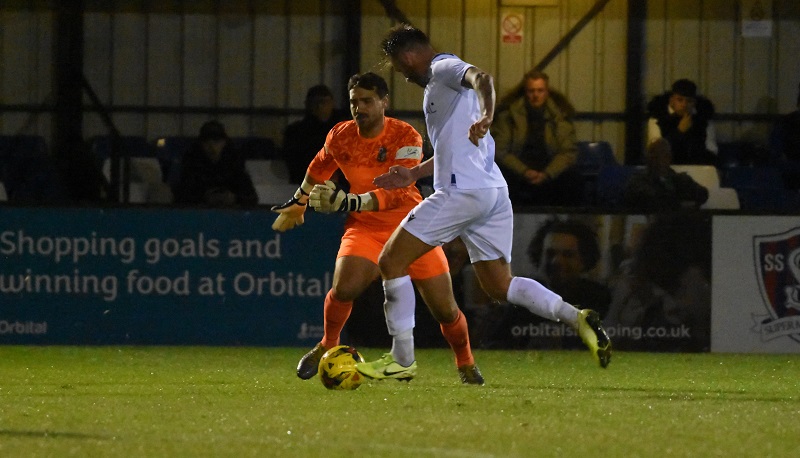 The visitors keeper Lewis Noice went from hero to villain shortly after though, as immediately from kick-off he saved well at the feet of Williams before he parried away Brad Hooper’s effort from distance as the home side really turned the screw and a few minutes later Noice and Harry Medway got in each others way with Medway taking the ball away from Noice’s feet, leaving McDonagh the relatively easy task of rolling the ball home into the unguarded net from 20 yards.

Noice then did his best to make amends as he denied McDonagh’s goalbound effort before smothering at the feet of Williams who was about to lash home the rebound. Martin Horsell then made a spectacular save on the stroke of half time getting down excellently to his right to deny the away side who looked to hit back and salvage something from the game.

It was more of the same to start the second half as McDonagh was again denied by the Watersiders back four who were throwing their bodies on the line to deny him. Henry Spalding had everybody deceived and cheering as his shot from the edge of the box hit the side netting for what looked like a goal with Noice scrambling.

Celebrating his 41st birthday, Matt Coupe was next to be denied by Noice as he tipped over his header from Spalding’s corner kick and the third goal eventually came when Spalding’s cross hit the top of the bar and Campbell nodded back across goal for Williams to crane his neck back for to head home. 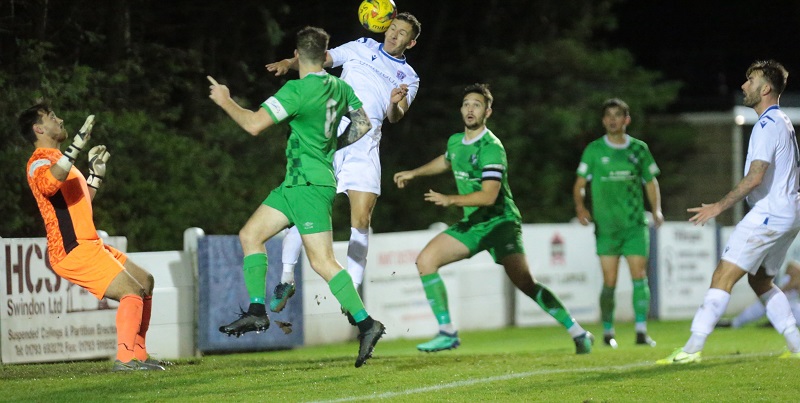 Noice denied McDonagh once again and Henry Spalding fired over the bar following more excellent attacking football from Lee Spalding’s side. The visitors pressed late on, but rarely threatened the goal in the second half.

It’s Non-League day this Saturday and we are at home once again versus Farnborough, so why not come down to the Webbswood and enjoy your local non-league football team: Adults £10, Concessions £6, U12’s FREE.