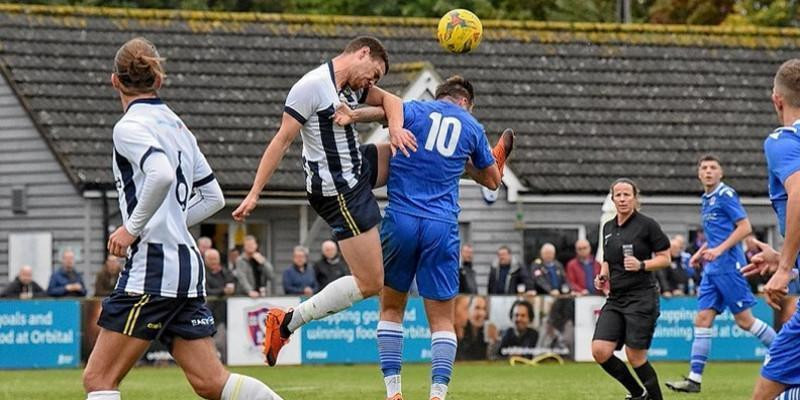 by Brian Davis(Media & Press Officer)
Another entertaining game at the Webbswood Stadium saw the home side finish the week with a maximum nine points from three games in eight days, as Supermarine twice came from behind to beat Farnborough with goals from Conor McDonagh, Harry Williams and Ryan Campbell, the same three scorers who notched versus Blackfield & Langley on Tuesday night, which cancelled out strikes by Farnborough’s Andrew Sealy-Harris and a Reggie Young penalty. 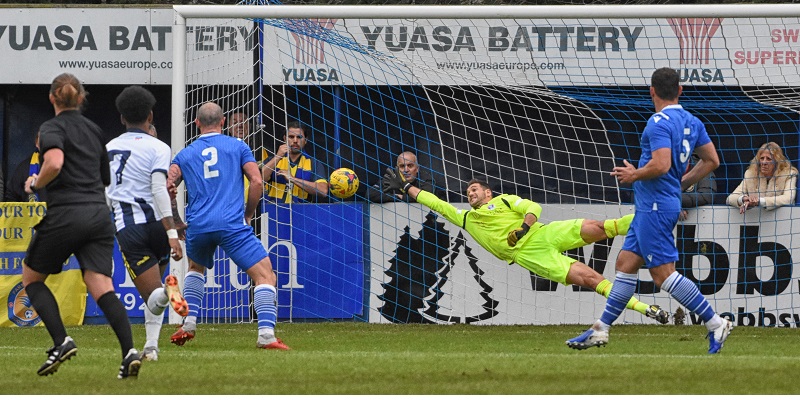 Lee Spalding was fortunate enough to name an unchanged team for the third game in a row, as Matt Williams, Simon Downer, Calvin Dinsley and Michael Hopkins continue to work their way back to full fitness and once again players playing in unfamiliar roles stepped up and performed over what anybody could have expected including another notable performance at right back from Brad Gray. 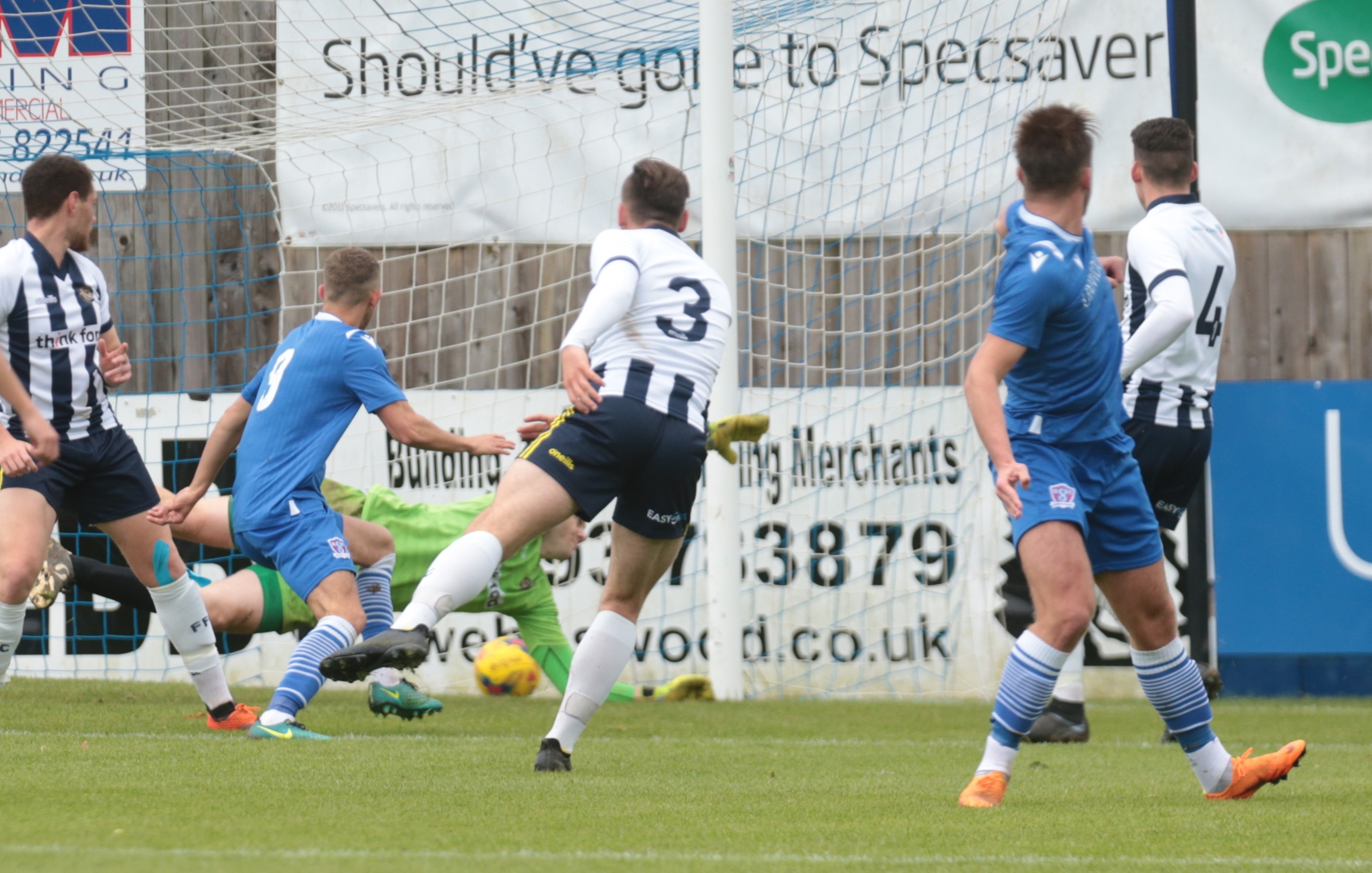 The visitors took the lead when Sealy-Harris was allowed space to advance on goal rifled home from 20-yards in the 7th minute which after a clean sheet midweek would have been disappointing for both the players and management team, but that strike was quickly cancelled out by an individual McDonagh effort who picked up a pass from Henry Spalding, went past a couple of defenders in the box and found the back of the net with the aid of the post from 10-yards out. 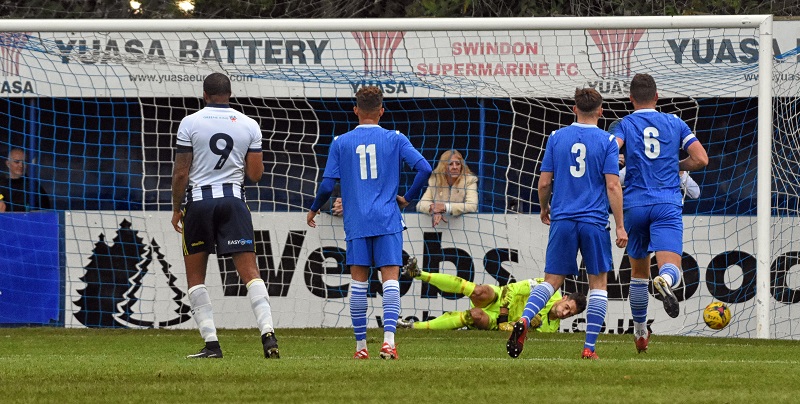 The visitors restored their lead just after the quarter hour mark as Young left a leg out to draw contact winning himself a penalty which he duly converted finishing powerfully to Horsell’s left. Both keepers made excellent saves in the first half as Liam Beach denied Campbell whilst Martin Horsell made an excellent save to deny Sealy-Harris a second parrying away his high effort from 20-yards out.

Farnborough keeper Beach was at his best for the second half making an early save from McDonagh with his legs, but couldn’t keep out Williams’s header from a superb left footed Gray cross. Gray picked out Williams excellently and credit should also go to Williams who made an excellent run to lose his marker. 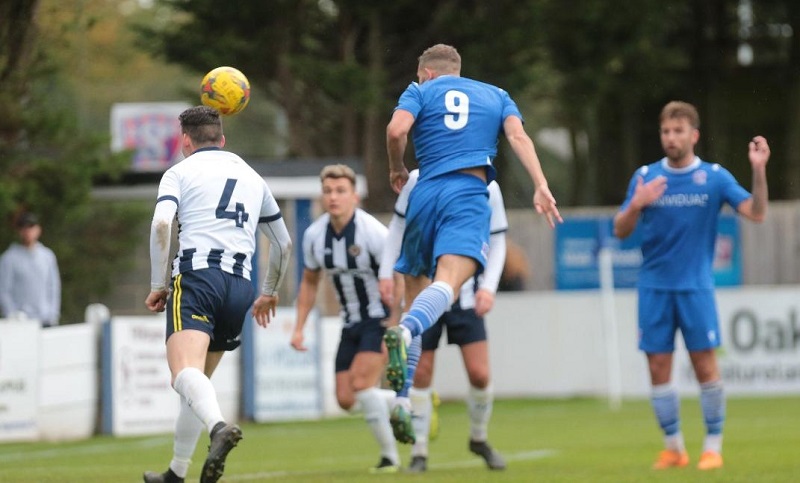 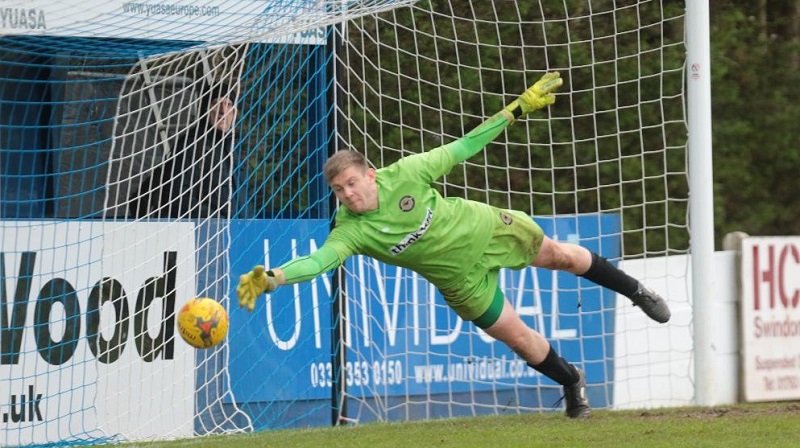 Campbell eventually made Beach pay though as his dangerous low shot was deflected high into the net by a visiting defender. The hosts could have run away with the game comfortably it wasn’t for Beach who made several saves to deny McDonagh, Campbell, Henry Spalding and Jamie Edge. 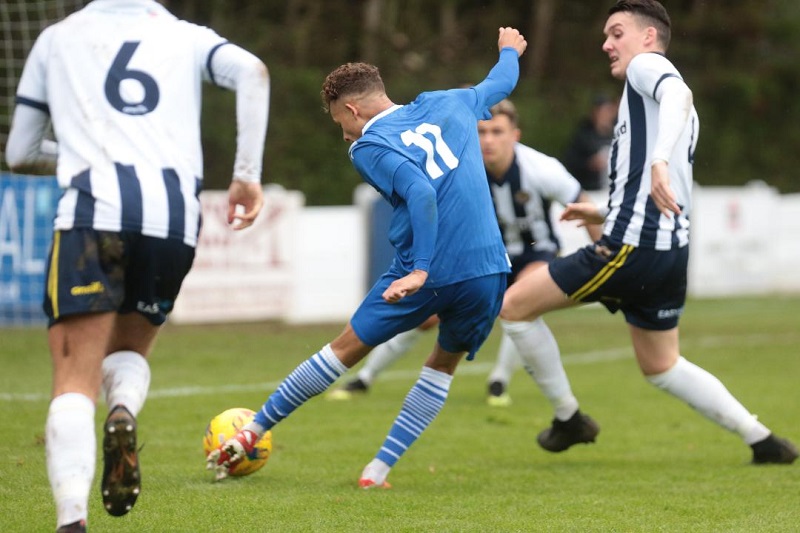 McDonagh went on a mazy run and after beating several defenders saw his effort snatched away from him whilst Edge and Spalding also had efforts blocked late on for Spalding’s team. 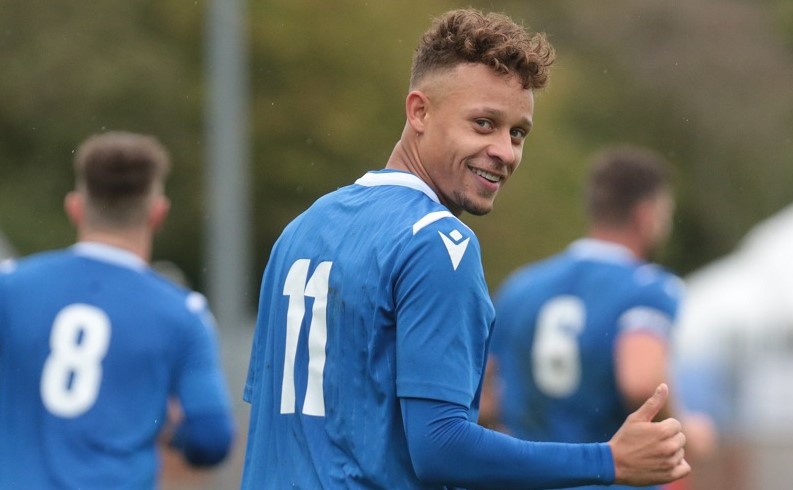 Ryan Campbell is all smiles after scoring © Jeff Youd Photography

Matt Coupe made a sensational last ditch tackle in the box to deny the visitors and as the ball fell to Young, he could only hit his effort into the side-netting which proved to be the last chance for the Hampshire side as ’Marine completed a fantastic week of home games. 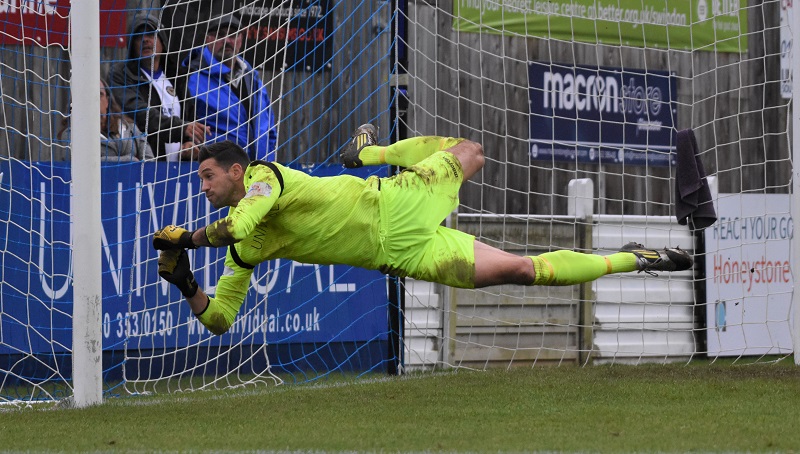 Lee Spalding revealed that despite a half-time deficit he was always confident that there would be goals available for his side.He said: “We started the game really brightly, but then they scored an early goal. Their two wide players were very lively and caused us a few problems.

“Their second goal was a penalty, which was disappointing to concede, but I felt that we were struggling to cope with their movement out wide and up front. “Their wide players kept coming inside and they were getting a lot of shots off – we didn’t defend it well enough in the first half.

“Despite being 2-1 down, I felt we were still in the game because their back line was not the best. I felt we could get at them in the second half, and we did.” Marine’s victory pushed them onto four games unbeaten and Spalding once again reiterated that his side have been producing good performances, but only in the last week have they been putting their chances away with regularity.

Given their two previous wins, Spalding revealed he told his team at half-time that if they managed an equaliser, a winner was always likely to follow. He said: “They were five without a win, so you felt if we could get an equaliser, we would be the only team that would go on to win it, and that’s the way it proved.

“We should have won by a lot more if we’re honest. “Their ’keeper has made three or four really good saves. “I was really pleased with the overall performance – I thought we were excellent all over the pitch and we showed really good character to come from 2-1 down and take the win.”

Fantastic save from Martin Horsell