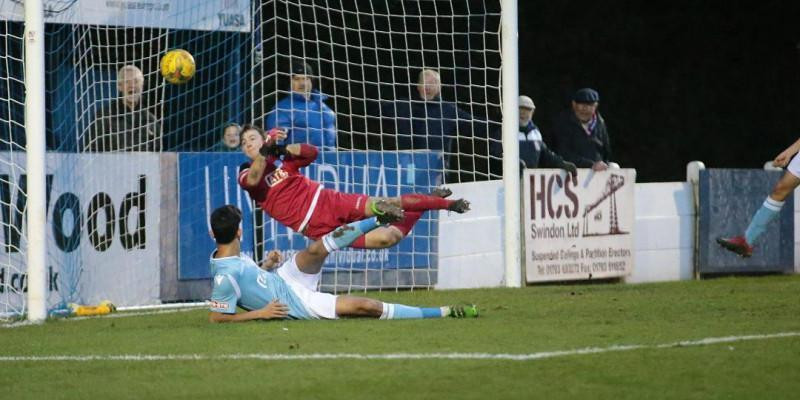 by Brian Davis (Media & Press Officer)
Swindon Supermarine were made to work hard for the three points today at the Webbswood Stadium in a game that didn’t really get going until late into the second half.

In a first half of few chances, Stuart Fleetwood pounced on a poor back header from Veron Kokurinkov but Louis Dixon did well to smother the ball out for a corner. New signing from Gloucester City Mat Liddiard curled millimetres over from outside of the box before they had Jerel Ifil to thank for being in the right place at the right time to clear off the line from Massil Chabane.

Conor McDonagh missed a hatful of chances in both periods before the floodgates finally opened in the 76th minute. The normally reliable forward curled wide in the 37th minute before missing from 3-yards out right on the stroke of half time as he scuffed an effort into the side-netting with the bottom of his boot.

In the second half he hit the post breaking free into the box down the right channel from a Stuart Fleetwood pass. Michael Hopkins curled a free kick from 25-yards tamely over the crossbar and he almost scored without knowing much about it when he got down to the byline, crossed the ball and Kokurinkov lashed his clearance straight at the left back only to see it go straight back past him and inches wide for a goal kick.

Fleetwood then set-up McDonagh again who with all the goal to aim at, miss hit his effort straight at Dixon from 6-yards. Liddiard again went close when he forced Dixon into an excellent full stretch save as he tipped over the midfielders header and it looked like it wouldn’t be the home sides day until the resulting corner from Henry Spalding.

The ball eventually fell to Jerel Ifil who saw his thumping shot hit two defenders and the post before the linesman gave the goal as Dixon clawed the ball out from behind the line. It soon became 2-0 when from another corner that caused chaos in the Swans area, the ball dropped to Matt Williams a couple of yards out who volleyed in Scorpion kick style for his second goal of the season.

It was Stuart Fleetwood who sealed the three points firing into the top corner from a Ryan Campbell cross as ‘Marine punished their opponents with three goals in five minutes. Fleetwood tried repaying the favour to Campbell a minute later, but the winger’s low effort from 16-yards was straight at Dixon and the home side continued to pour forward in search of more goals.

McDonagh then span his defender brilliantly on the edge of the area but Dixon matched him with a brilliant save away to his right hand side. It wasn’t McDonagh’s day as he hit an effort wide of goal with his left foot after rounding a defender and the keeper and creating space for himself but couldn’t find the target from six yards again with recovering defenders on the goal line. In the last kick of the game Staines’ Gabriel Piorkowski hit a high effort straight at Will Henry in the last minute. It could have easily been four or five on another day 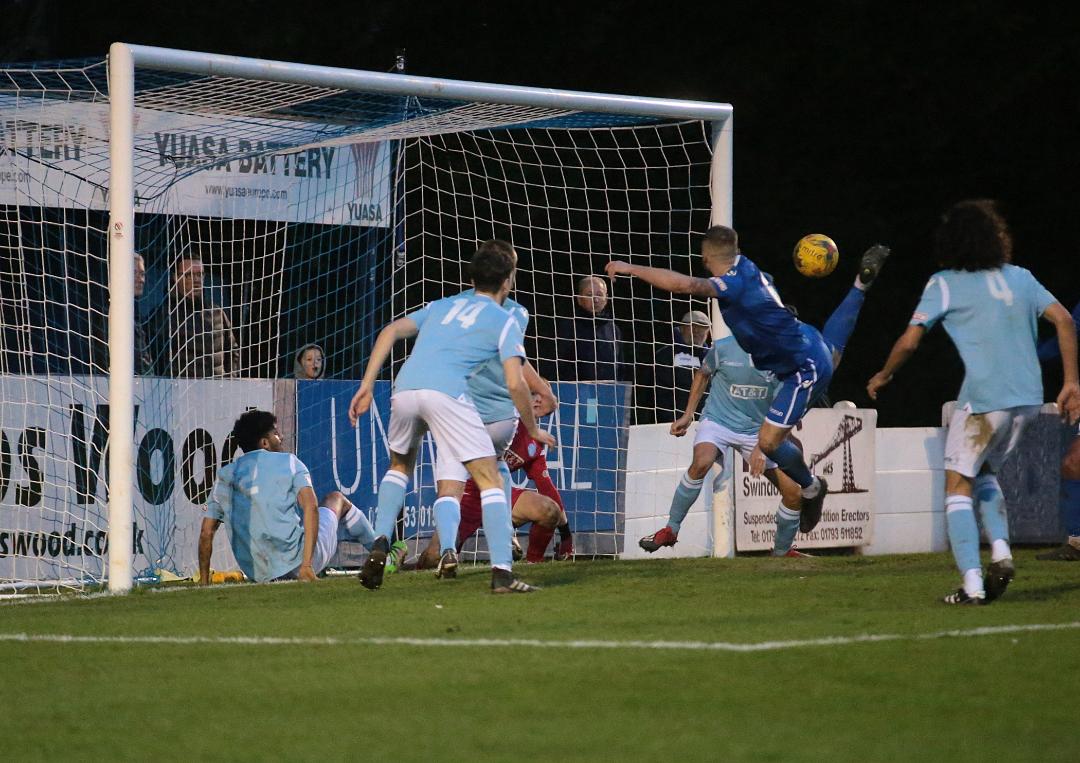 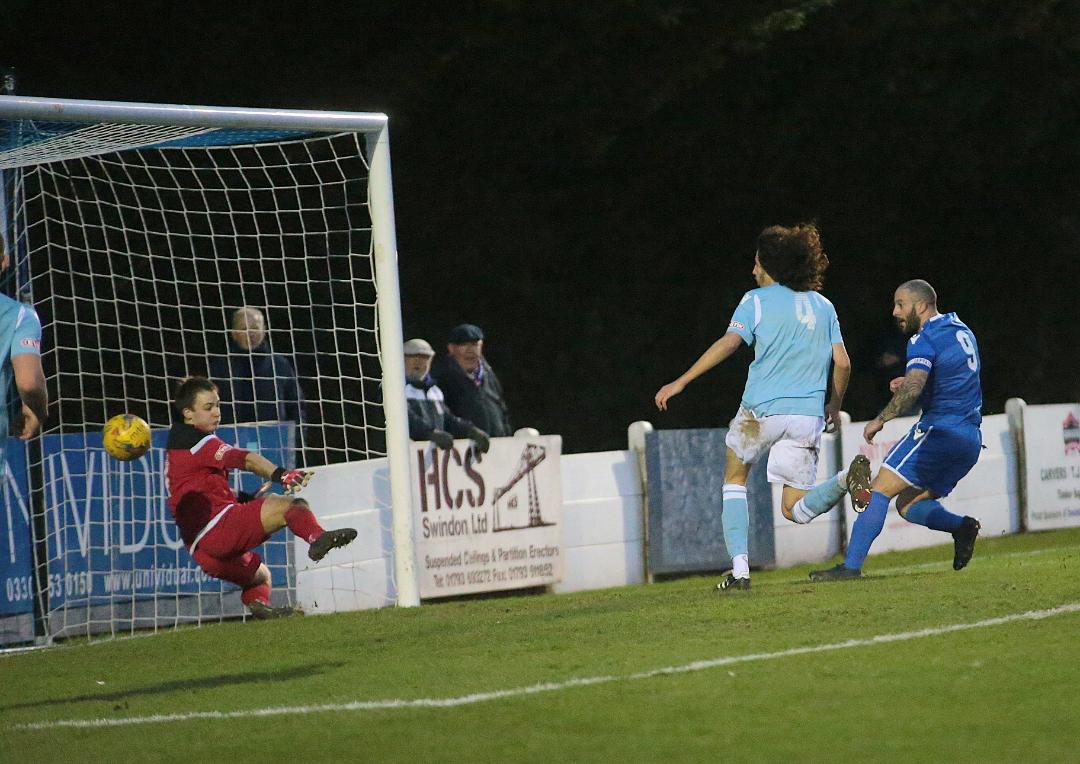