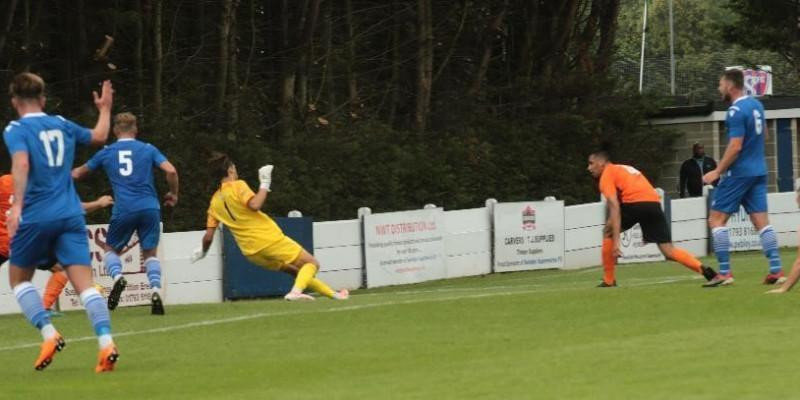 by Brian Davis (Media & Press Officer)
An entertaining game at The Webbswood Stadium was decided by an excellent roll of the dice by Supermarine manager Lee Spalding. The Supermarine manager brought strikers Kane Simpson and Conor McDonagh on with little over 20 minutes remaining and the former netted in the 89th minute and three minutes into injury time to win the game for the home side.

The first chance of the game came from a set-piece but former Kings Langley keeper, Alex Tokarczyk who made the switch to Walton with new manager Steve Conroy did excellently to parry away Jamie Edge’s low curling free kick following a foul on hardworking striker Harry Williams. Edge was providing all the creativity early on when his second freekick went right across the face of goal, catching Tokarczyk and the back four flat-footed but the ball evaded everybody and Mat Liddiard at the far post, couldn’t quite get there quick enough to knock the ball into the net. 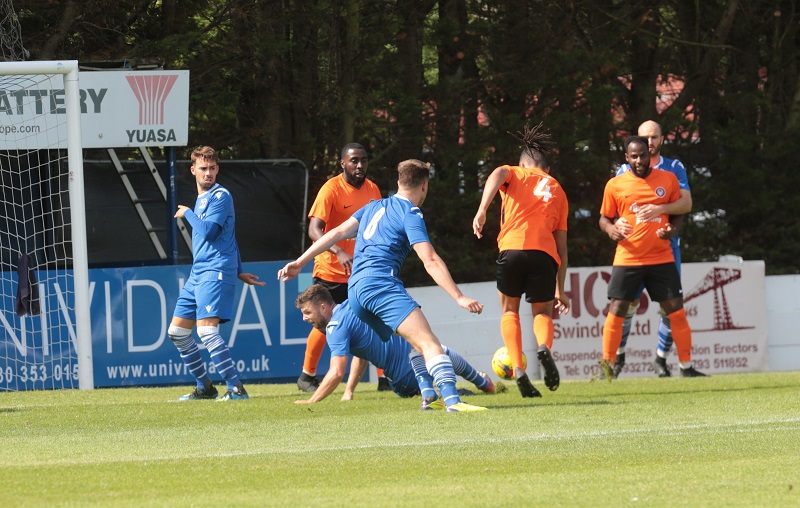 Harry Williams forced another good save from the Stags keeper when he got free down the left channel and Edge couldn’t get the rebound on target from 20 yards. Defender Matt Williams was lucky not to conceded a penalty when the ball struck him on the arm as he blocked an attempt on goal and the visitors then took the lead with their first real chance on goal when Joseph Morrison slammed home after a free kick from the right hand side of the penalty area that the home side failed to clear.

Martin Horsell then made an excellent save to deny Conroy’s side a second goal parrying away an effort from the edge of the box and the visitors went into the break with the lead.

’Marine started the second half on the front foot and Henry Spalding was next to test the visiting keeper from distance before Liddiard who made a surging run from the back four played in the winger who broke the offside trap but his effort grazed the far post and went out for a goal kick. 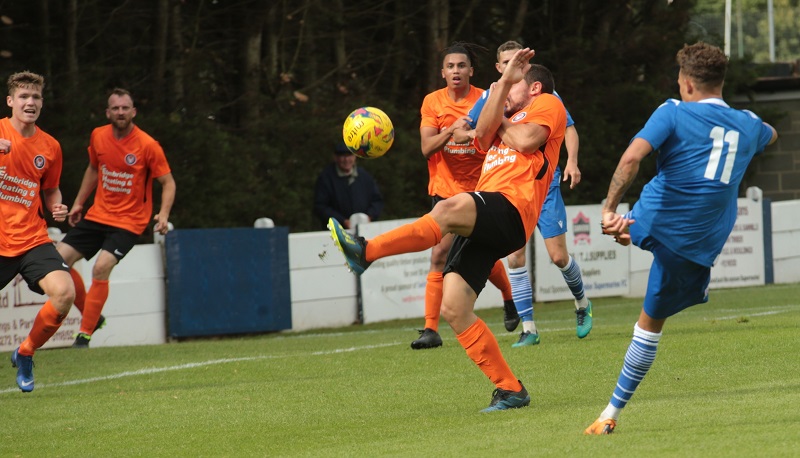 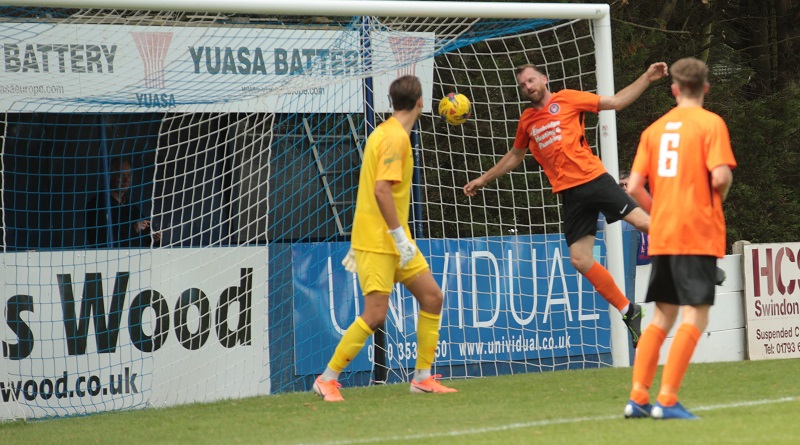 It took a moment of real quality to beat Tokarczyk and Ryan Campbell provided it just after the hour mark. Stuart Fleetwood made a deft flick to Henry Spalding who sent over a cross to Campbell who expertly took a touch to compose himself before lobbing home into the top corner from 14 yards for a quite fantastic finish from the winger.

The equaliser was quickly cancelled out when Rohdell Gordon slammed home a penalty following a foul by goalscorers Campbell in the box which The Casuals will believe should have been their second penalty of the game following the earlier handball.

The penalty brought the real change as Lee Spalding replaced Harry Williams with Kane Simpson and the return of Conor McDonagh from injury who replaced Campbell with Brad Hooper also coming on five minutes earlier in place of Henry Spalding. Walton almost extended their lead when they hit the woodwork themselves when Brendan Murphy-McVey’s wind assisted free kick also came back off the bar, but Horsell looked to have it covered. 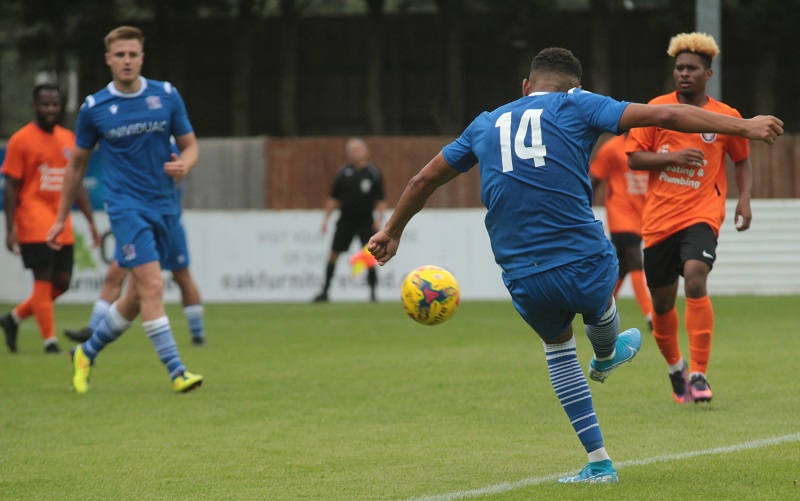 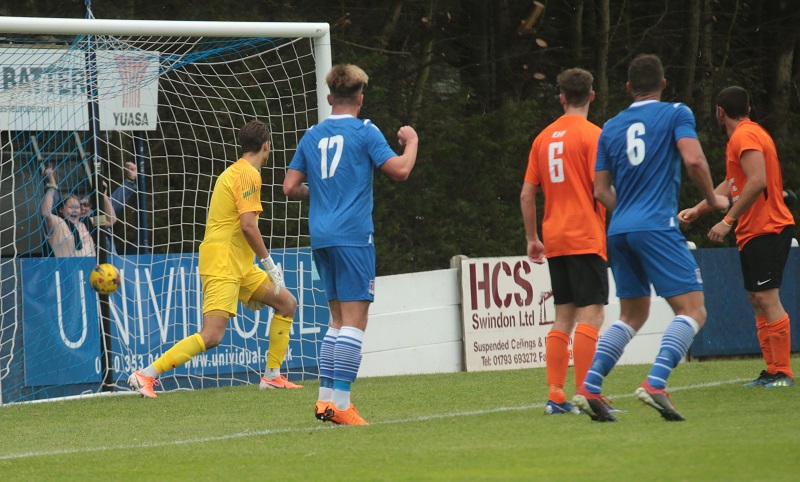 Liddiard headed over from another Edge set-piece and as the away side slowed the game down to a complete halt at times, Simpson’s introduction picked the game up by the scruff of the neck and proved the difference with his relentless running at the Casuals defence. 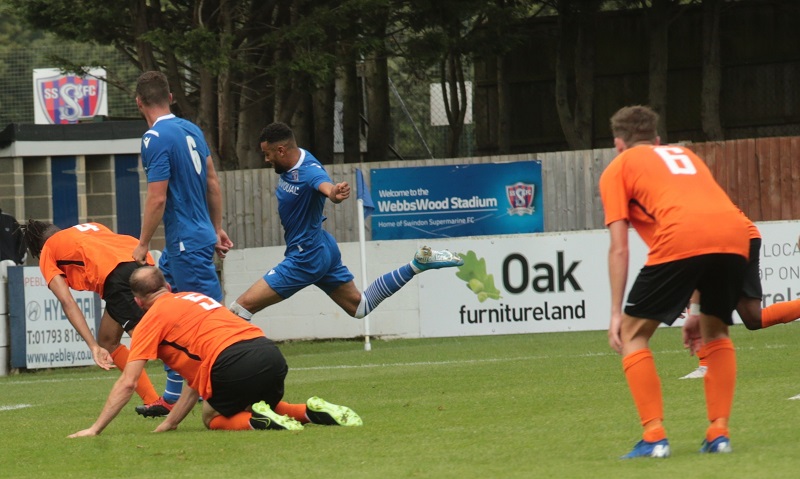 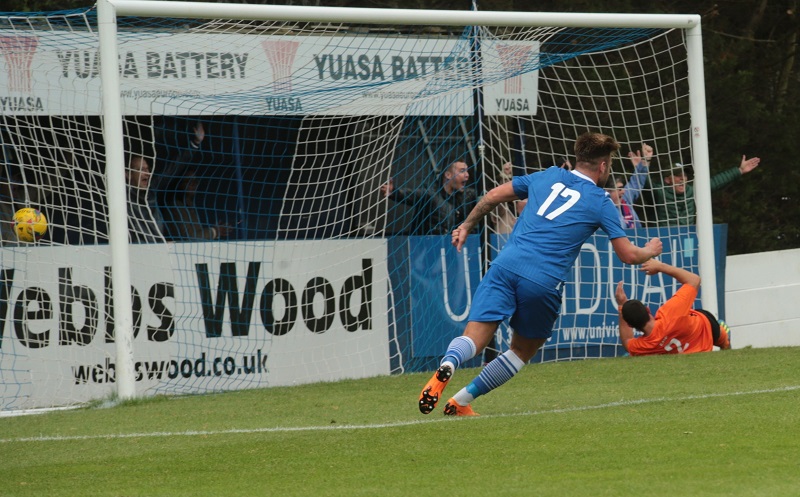 His first goal came when he pounced on a half cleared corner to the edge of the box and curled home an unstoppable effort into the far corner in the 89th minute and in the 3rd minute of time added on, the ball broke to him in the box, he dropped a shoulder, let the ball run across him, and fired the ball underneath Tokarczyk to seal the three points to joyous scenes both on and off the field.

Marine manager Spalding said: “We certainly went through the wringer. “We weren’t at the races in the first half. We didn’t start well and looked really sluggish. “We made very hard work of it and went in at half-time 1-0 down. At that point, the message to the lads was that the only good thing was that we couldn’t play any worse than what we had done.

“In the second half, we were a lot brighter and we scored a good equaliser, although Walton then went down the other end and got a penalty. “The spirit we showed after going 2-1 down was tremendous. “It was a really good reaction and we pinned them in for the last 15 minutes. We played some good football and showed great character. “At 2-2, I felt if any team was going to go on and win it, it would be us. “In the end, we did manage to get the winner, so I am delighted.”

Spalding was at a loss to explain why his side were so sluggish at the start of the match, but was thrilled at how they were able to turn it around before the final whistle. “I don’t know whether it was first-game nerves, but we just looked anxious on the ball in the first half and didn’t have enough quality,” said Spalding. “That quite surprised me, to be honest, because we had been looking really good in pre-season. It didn’t look like us at all in the first 45 minutes. “We made a few changes and the subs we brought on made a real difference.”