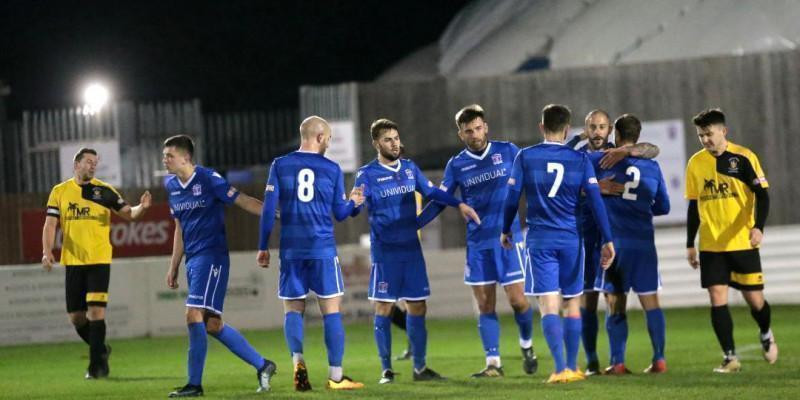 by Brian Davis (Media & Press Officer)
Supermarine comfortably made their way into the Wiltshire Cup Semi Final with a convincing 4-1 win over Southern League Division One South Melksham Town playing some of their best football this season to date. Manager Lee Spalding experimented with a three man back line of Zak Westlake, Joe Shepherd and Jerel Ifil, resting Matt Coupe and Matt Williams missing the game with illness, which also allowed Michael Hopkins and Connor Thompson to push on as attacking wing backs.

That move paid off very early as Hopkins surged forward picking up Brad Hooper’s cross field pass before hitting a low effort towards goal that Sayeed Ibrahim deflected past goalkeeper Alex Shaftoe. The home side were soon pegged back when Rob Hobbs played a diagonal pass towards Neikell Plummer who took a superb first touch before allowing the ball to run across his body and fired a fantastic finish on the half volley past Will Henry before Westlake could get his foot in.

Thompson was in the right place as he cleared Mark Wall’s header off the line from a corner, his second goal line clearance in two games. Conor McDonagh should have done better when Stuart Fleetwood played him in on goal, but he hit a low effort that was too close to Shaftoe. The game was flowing from end-to-end and Hobbs went close when he dragged a low shot wide across goal for Melksham.

Shaftoe was called back into action when he unconvincingly pushed away another McDonagh effort before Marine scored a goal of real quality. Thompson played a one-two with Hooper and squared a pass to Fleetwood, who in turn rolled a ball across the edge of the area that Hopkins smashed home from 15-yards across Shaftoe and into the bottom corner of the net. It wasn’t quite Carlos Alberto Torres from the 1970 World Cup Final, but it was finished with similar conviction!

McDonagh was then denied by a goal line clearance from Mark Cooper that looped up towards Fleetwood, but the striker couldn’t keep his header down from the rebound. Fleetwood then played McDonagh in who rounded Shaftoe but Ibrahim blocked his goal bound effort, the ball fell back to McDonagh who laid it across to Henry Spalding who in turn saw his effort blocked.

A minute later Marine did increase their lead and it was another deflection that saw them grab their third. Fleetwood picked up a ball outside the box, turned two Melksham players inside out and hit a curling effort from 22-yards towards the far post that took a huge deflection off Tom Warren, again wrongfooting Shaftoe who saw the ball end up in the back of the net at his near post.

McDonagh was then denied a penalty when he was upended by Cooper in the box before halfway through the second half, submitting his entry for goal of the month and goal of the season. With defenders backing off him he advanced towards goal from near the left touchline, before thumping an effort in off the underside of the bar from fully 25-yards. It was another special goal from the talented forward to add to his tally for the season.

Fleetwood then went around Shaftoe and from a tight angle, saw his effort deflect wide off Ibrahim for a corner. Both Fleetwood and McDonagh missed late chances to increase the lead as Melksham played the final ten minutes with ten men when having used all three subs, Norris had to leave the field with an injury. Supermarine now await the draw to find out their semi-final opponents.

Speaking to Manager Lee Spalding post match, he commented: “It was a good result, a good performance and I’m delighted with the way the players went about it. It was important we turned up and went about things properly and I thought the players did that. Some of the football we played was up there with the best we’ve played this season and we scored some really good goals. We’ve got the quality in the team to open teams up and we proved that in the second half.” 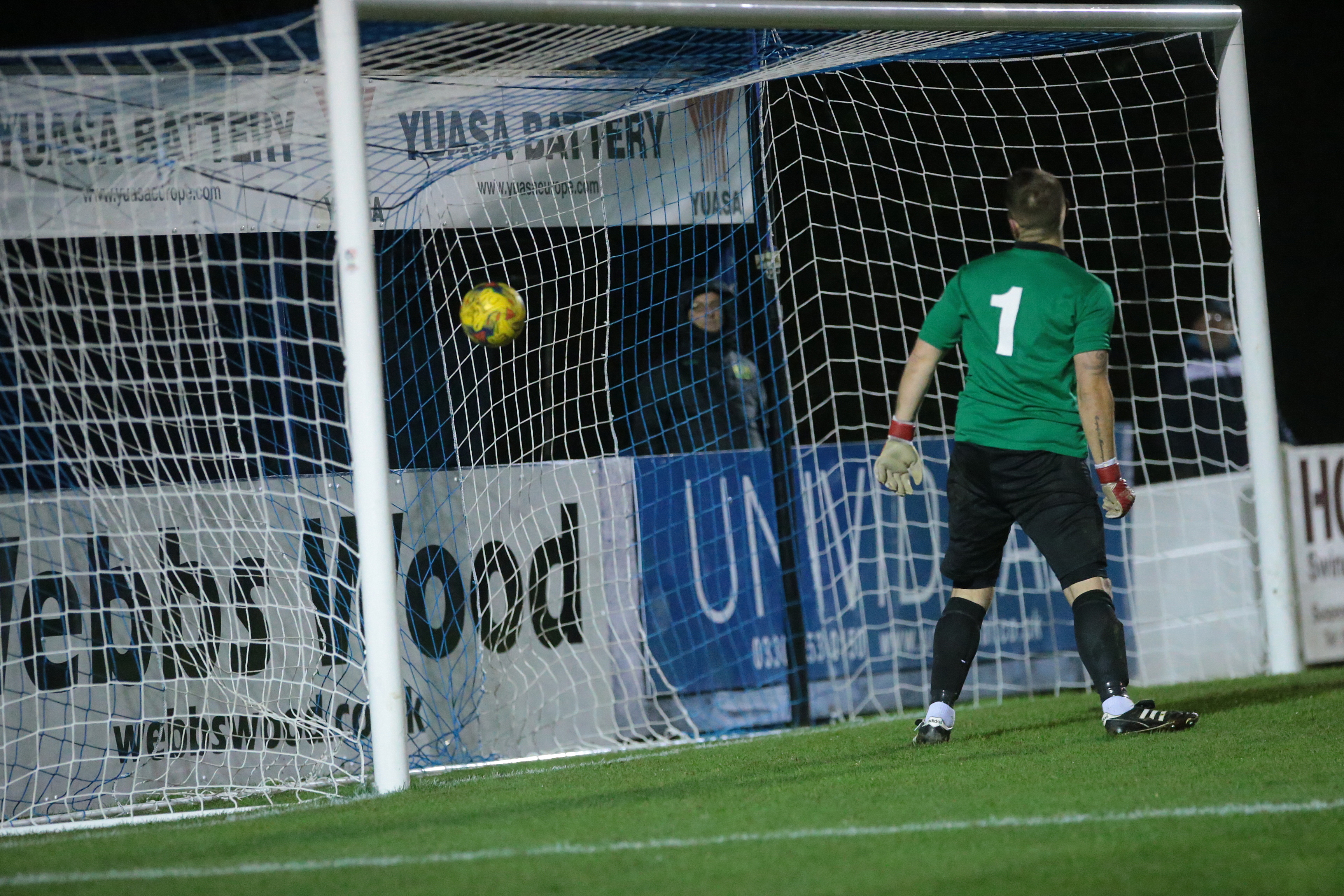 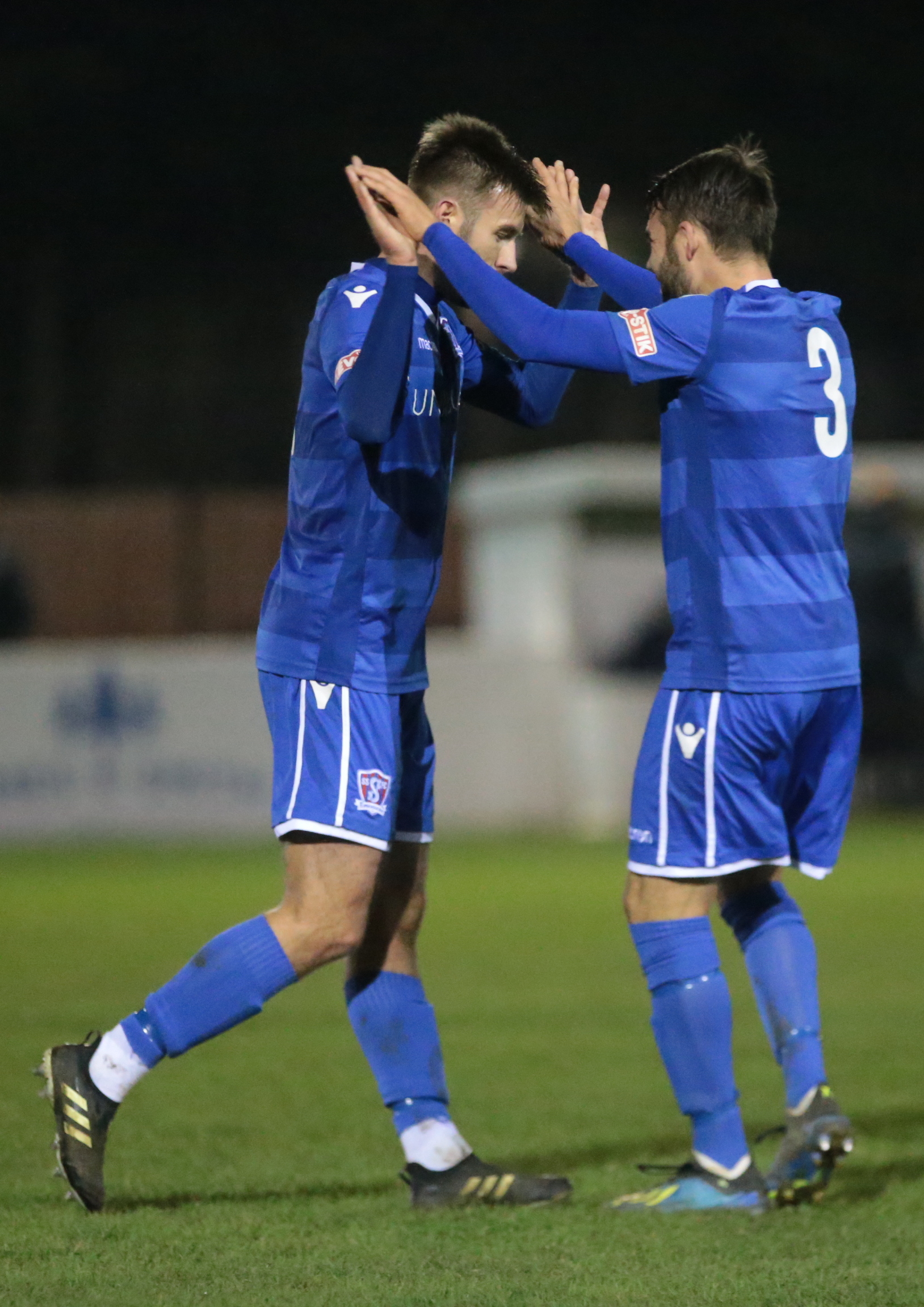 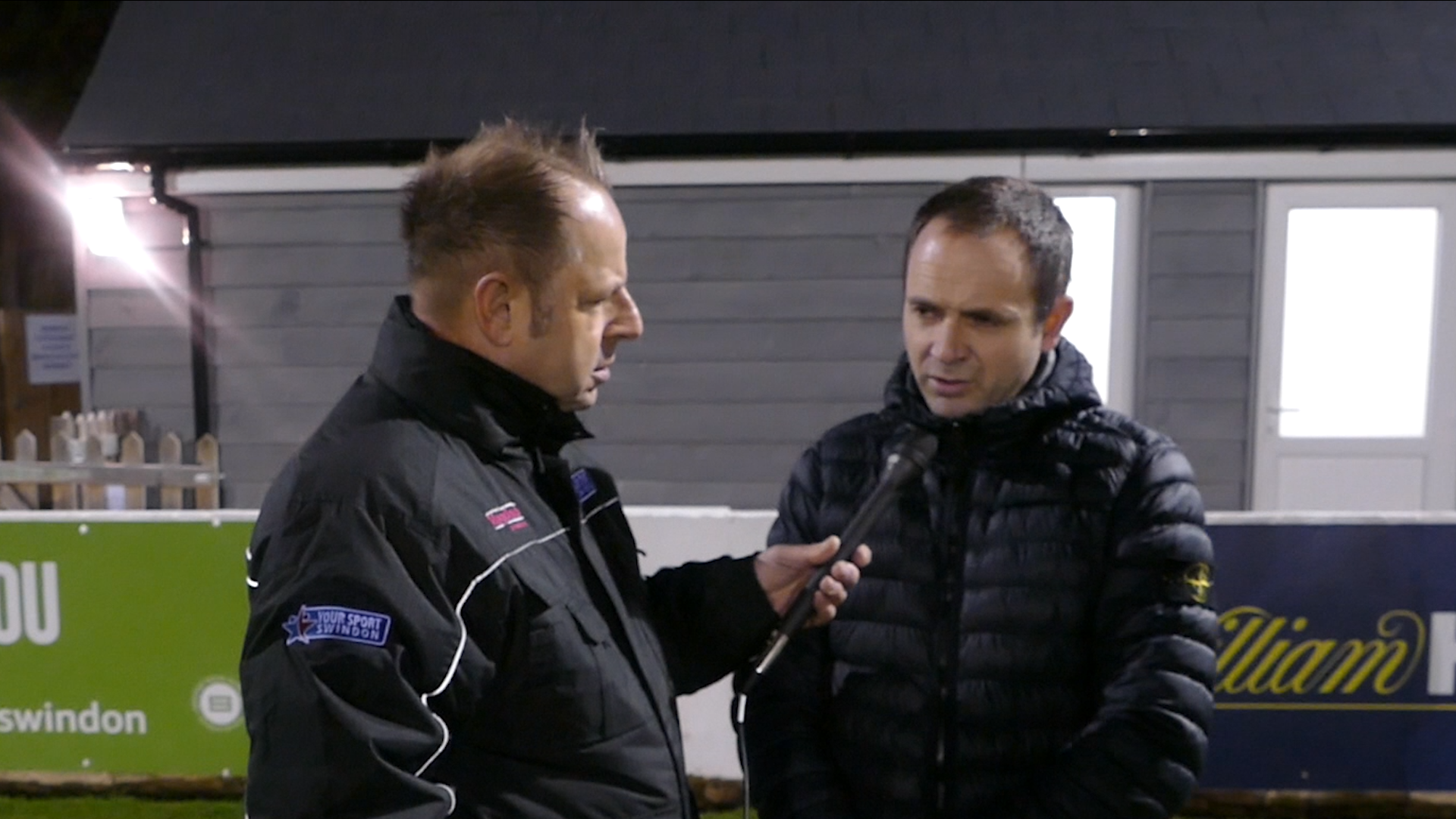 Post match with Lee Spalding
Courtesy of You Sport Swindon