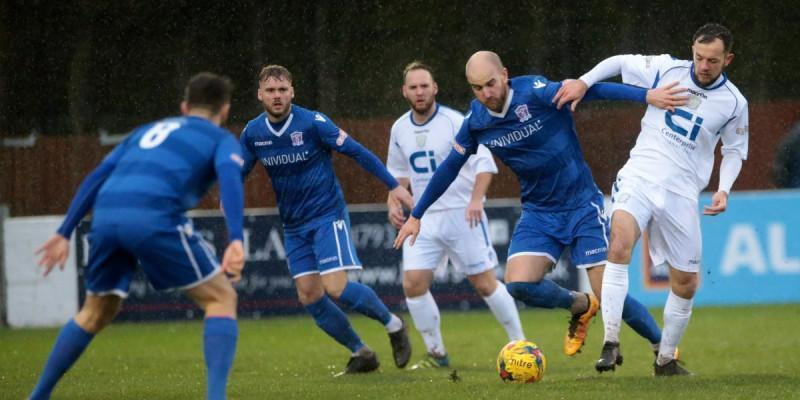 by Brian Davis (Media & Press Officer)
Supermarine secured another crucial three points behind a five-goal salvo at home to Basingstoke Town in atrocious weather conditions at The Webbswood Stadium Saturday afternoon. The games first chance resulted in a goal for Basingstoke Town. Conor McDonagh lost possession in midfield and the visitors quickly moved the ball down the left hand side with Zidan Akers crossing the ball for Sam Argent who had got between the centre halves to volley home.

The home side should have equalised when Stuart Fleetwood got around Cameron Kennedy in the Basingstoke goal, but unselfishly squared a ball to McDonagh who was denied in front of goal when maybe shooting was the better option. Akers then went close for Basingstoke, but curled his effort over the bar before Matt Williams headed wide from a Jamie Edge cross and Fleetwood forced Kennedy into a low save with a rasping 25 yard drive.

Fleetwood did equalise ten minutes before half-time when Kennedy spilled Brad Hooper’s long range effort back into the strikers path and he finished expertly from 6-yards off the underside of the bar for his 4th goal in four games. Ben Wright side-footed wide from 18 yards on the stroke of Half-Time.

Straight after half-time, Marine led for the first time in the game when Kennedy spilled another shot that he maybe should have held, this time from McDonagh and Henry Spalding was on hand to smash home the rebound into the back of the net from 6-yards, his first goal in a Supermarine shirt. The lead didn’t last long as Dean Stow’s cross was turned into his own net by Matt Williams who, unsighted by Matt Coupe challenging for the ball in the air, saw the ball hit him in the leg and slowly divert past Will Henry into the net. Immediately from kick off, Kennedy denied Fleetwood again ahead of McDonagh restoring the lead when he teased the away defence before curling home low from 20-yards for another fantastic goal.

Ryan Campbell went close, hitting an effort wide and with the wind howling directly into Kennedy’s face, his goal kick held up in the wind and Fleetwood went through on goal but like Campbell saw his effort miss the target. Kennedy was having a nightmare afternoon in the Town goal and picked himself up a booking when he slid to gather the ball to deny a goal scoring opportunity but the momentum and slick pitch saw his slide continue out of the box and after a brief consultation with the linesman the referee gave him the yellow card. From the resulting free kick, Michael Hopkins sent over a teasing cross, that was cleared to safety.

It could have been three all when Stow hit the post and they were left to pay the price when McDonagh picked up a pass from Spalding in midfield turned inside two defenders, advanced into the penalty area and fired an unstoppable finish across Kennedy into the far corner. Fleetwood then hit the side netting and curled over before the game was finished off by Campbell with ten minutes to play. Connor Thompson played a delightful low ball across the edge of the area that Campbell ran onto in space and rifled home an effort off the near post. That’s five wins from the last six games and we are back in action next Tuesday when we travel to in-form Dorchester Town.

(Top Photo) Jamie Edge was instrumental in midfield against Basingstoke 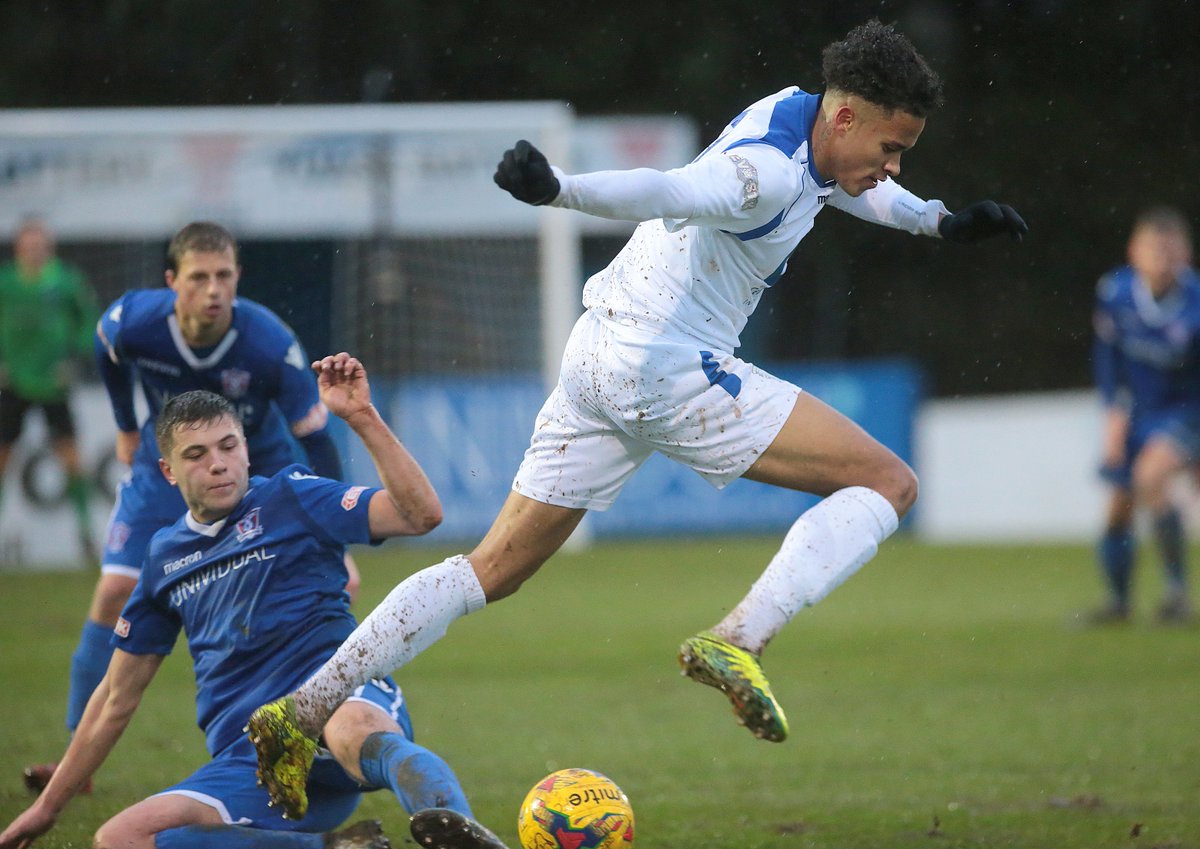 (Above) Goalscorer Henry Spalding in action