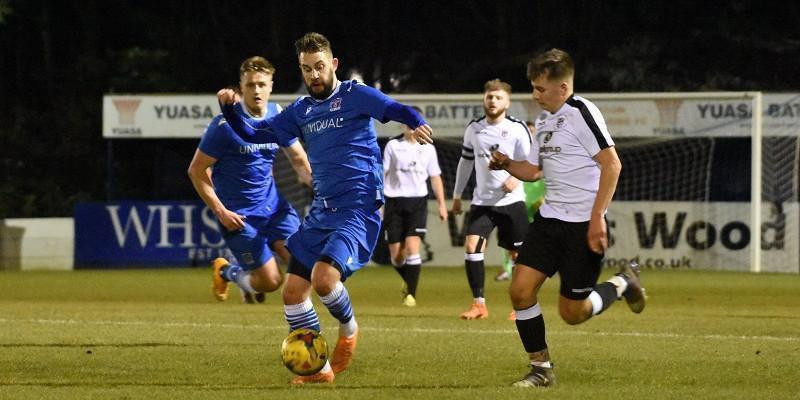 by Keith Yeomans(Football Secretary)
Both teams made a number of changes from their games on Saturday with Marine giving starts to Calvin Dinsley, Dave Bampton, Henry Spalding and Conor McDonagh with Jamie Edge returning to the squad after suspension and Campbell, Harry Williams and Joe Shepherd dropping to the bench.

Cinderford made wholesale changes from their previous game as they fielded a very young side mainly made up from their youth team and the inclusion of manager Paul Michael in midfield. The reason for this is their important FA Trophy tie at Conference South Havant & Waterlooville this Saturday.

Marine started the match on the front foot and were a goal up after nine minutes from Conor McDonagh who scored a delightful goal as he dinked the ball over Jordan Dibble in the Cinderford goal from close range. 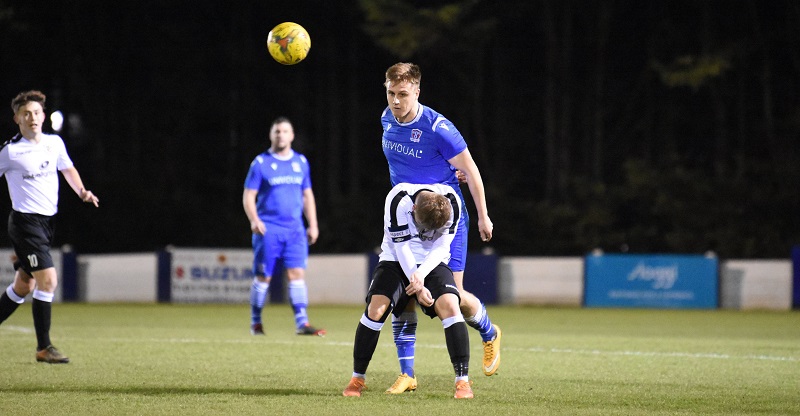 Most of the opening half hour saw Marine on the attack and should have been further goals but a combination of the woodwork and a couple of indifferent misses.

Cinderford did threaten on a couple of occasions when the Marine defence was caught out by a couple of longs ball but keeper Martin Horsell was there to cut out the danger.

It wasn’t until the last second off the half that we scored a second goal when a James Guthrie corner was headed in at the far post by Mat Liddiard, with his header looping over the stranded Dibble to nestle in the far corner of the net.

The second half was much the same as the first with Marine looking threatening every time they went forward, but it took until 18 minutes into the half before Stuart Fleetwood broke through on goal and from a tight angle delicately lifted the ball over the encroaching keeper Dibble and into the far corner of the net to make it 3-0. 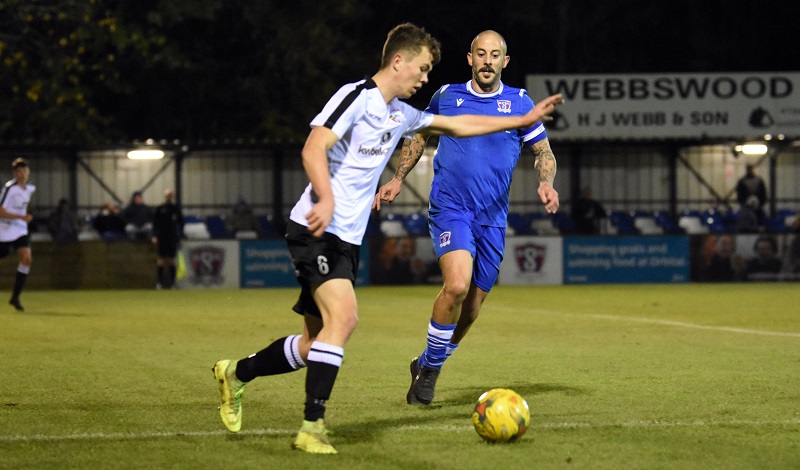 Thirteen minutes later was the start of three goals in as many minutes with Mat Liddiard heading in our fourth goal in the 76th minute form a corner and then followed two quick goals from a Henry Spalding penalty for a foul on McDonagh in the box on 77 minutes and then substitute Brad Gray rounded things off when he slotted the ball home from close range after some neat interchanging of passes in the box.

There were a number of other near misses for Marine with Cinderford never testing keeper Martin Horsell and but for the woodwork Cinderford would have conceded more goals in what was a difficult game for their young players but they gave a spirited performance on a cold night come the final whistle.