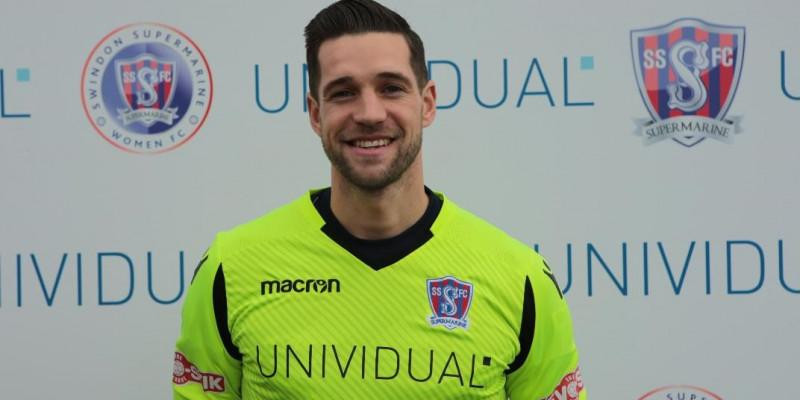 Club Chairman, Jez Webb and manager Lee Spalding are pleased to announce that goalkeeper Martin Horsell has signed a contract to play for Marine until May 2020. Martin joined the club in January 2019 from Hereford and was previously with Weymouth after starting as a youngster at Plymouth Argyle.

Chairman Jez Webb commented, “I am delighted Martin will be with us next season, he is an excellent keeper who has tasted success in this Division with Hereford and I’m hoping he can do the same with Marine. Once again, its a real endorsement from these players and clearly shows what an exciting place Supermarine Football Club is to be at.”

Manager Lee Spalding commented, “I have already quoted that the club has made a huge commitment in signing the first seven players on contract and this is another a massive step for the club in securing the services of a very good goalkeeper. The management team are over whelmed with the support of the chairman for making this huge commitment.”