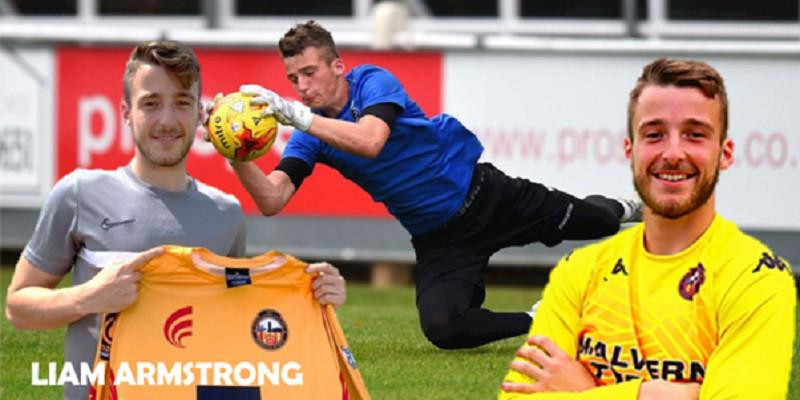 Manager Lee Spalding has confirmed some player comings and comings this week and to reiterate some movements that hadn’t been widely known.

Firstly, we can report that goalkeeper Connor Johns informed the manager that he has was retiring from playing competitive football a few weeks ago, we would like to wish Connor all the best for the future. Johns played his last game for Marine at the start of October against Cirencester Town and we first signed Josh Gould, who was without a club and who had been released last summer from Swansea City, but we had to wait for his international clearance to go through.

Whilst waiting for that clearance and it was obvious it wasn’t coming before the trip to Plymouth to play Truro City on Wednesday 12th October, and with Johns away sick, the manager signed Malvern based Jadyn Mundle to play in that game against Truro. After Gould’s clearance was received a day after the Truro game, Jadyn subsequently joined Hellenic side Bradford Town on October 14th on a dual registration and Gould made his debut the in the 3-1 win at Tiverton Town on Saturday October 15th.

Earlier this week and after just six games, the manager was informed by Gould that he didn’t want to play any further games for Marine. With Gould’s imminent departure, Lee Spalding is pleased to say that he has secured the signature of former Bristol Rovers goalkeeper Liam Armstrong on loan deal from Gloucester City until January 31st, 2023. Bristol based Liam is 22-year-old and has just returned to Gloucester City from a loan spell at Southern League Premier Division Central club Bromsgrove Sporting. Whilst at Bristol Rovers he also had loan spells at Tiverton Town, Salisbury (twice) and Paulton Rovers. Welcome to Marine Liam, we hope your stay is an enjoyable one.

Manager Lee Spalding would like to thank Gloucester City and in particular their manager Steve King and secretary Chris Hill for being supportive and helpful in ensuring the loan move was completed in time for tomorrow’s game against Yate Town.