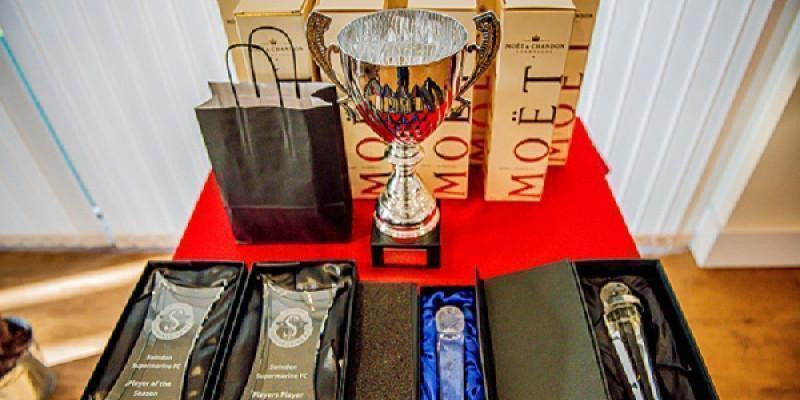 The evening kicked off with Club Director and President Steve Moore speaking about part of the club’s plans for our 30th Anniversary this year and revealing our new badge which was shown on video that can be viewed here, click this link. Many thanks to Leigh Moore at Creative Players for producing this excellent video. Steve also revealed the new away red shirt for the 2022/23 season that was chosen by the clubs supporters. 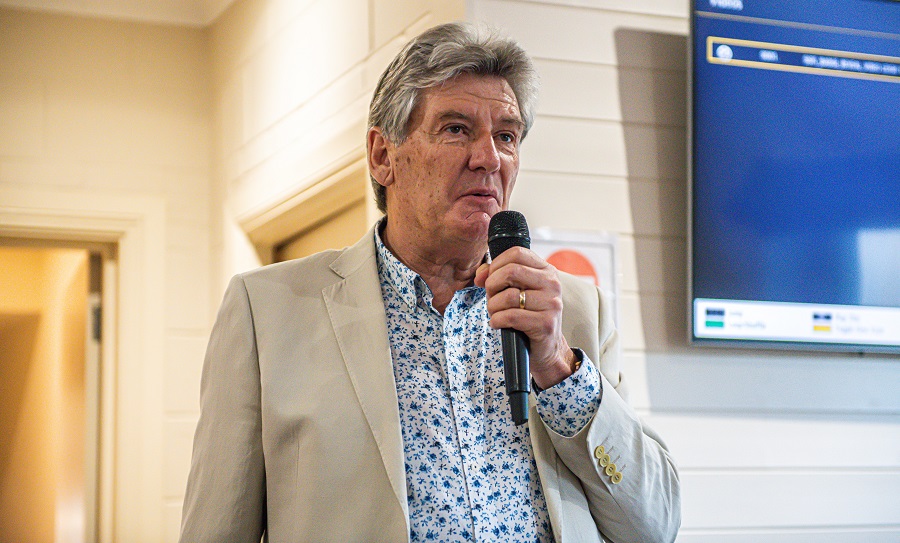 After seeing the new video everyone tucked into the hot buffet and then we began the awards presentation to the players. A number of key moments are captured by club photographer Steve Brennan of Motion Sport Photography below whilst his full gallery can be viewed by clicking this link. 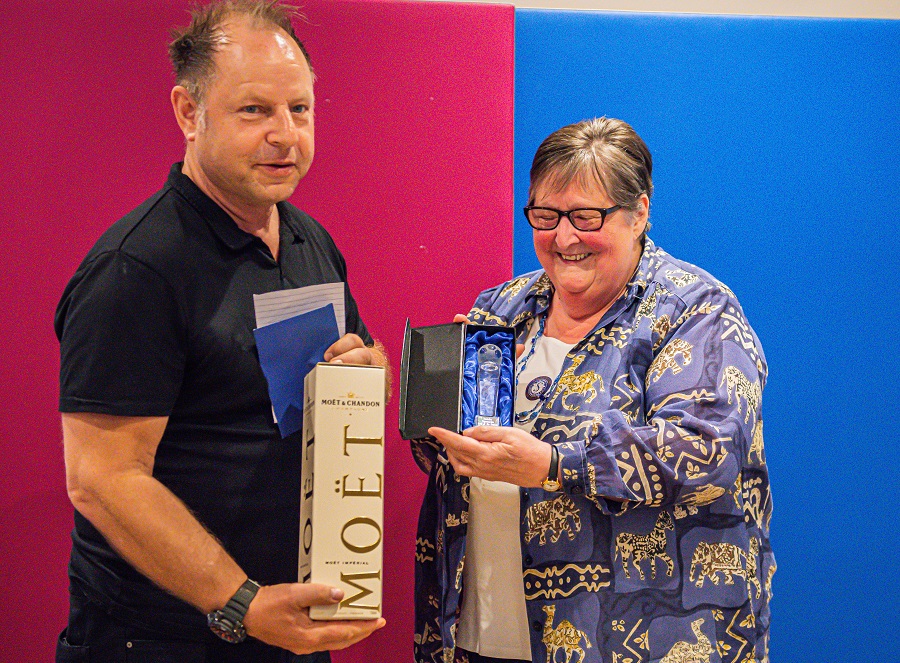 Conor McDonagh won the ’Goal of the Season’ award. With Conor on holiday this was picked up by Karen Shepphard 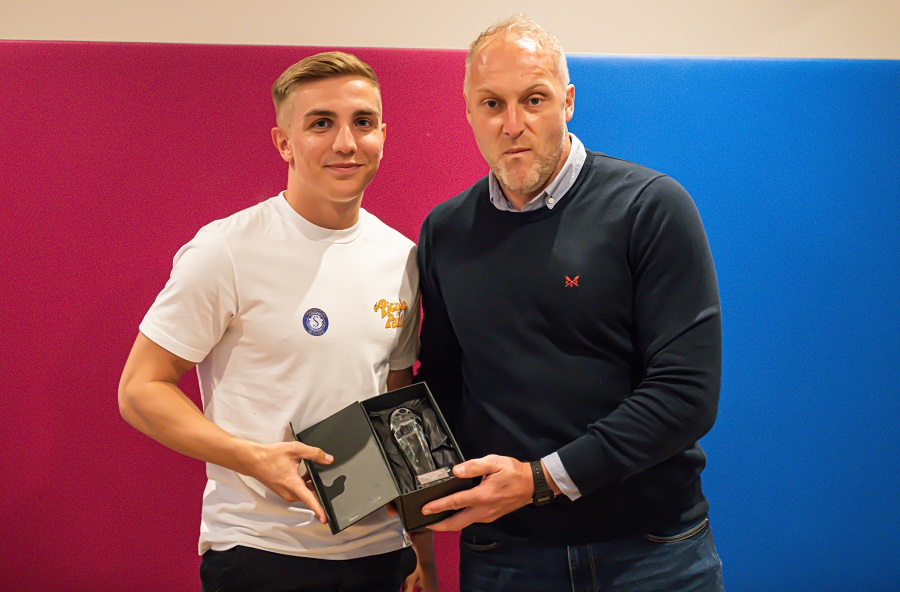 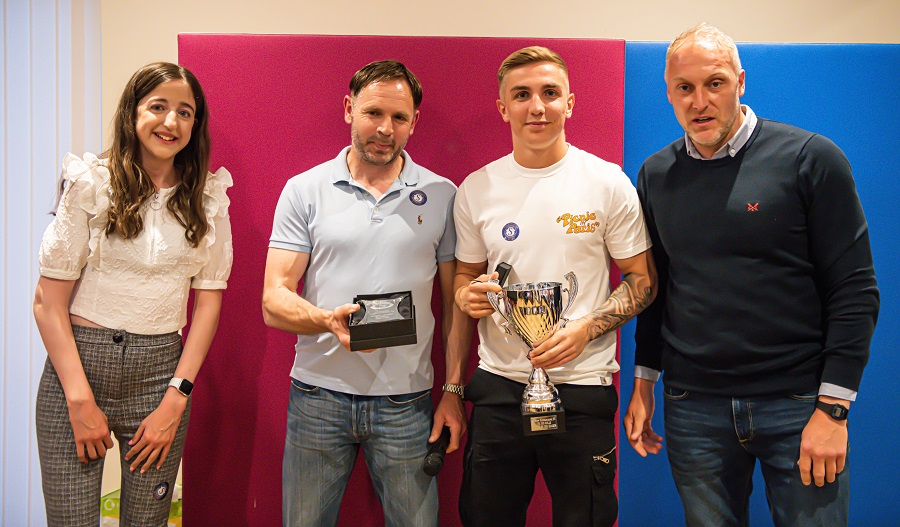 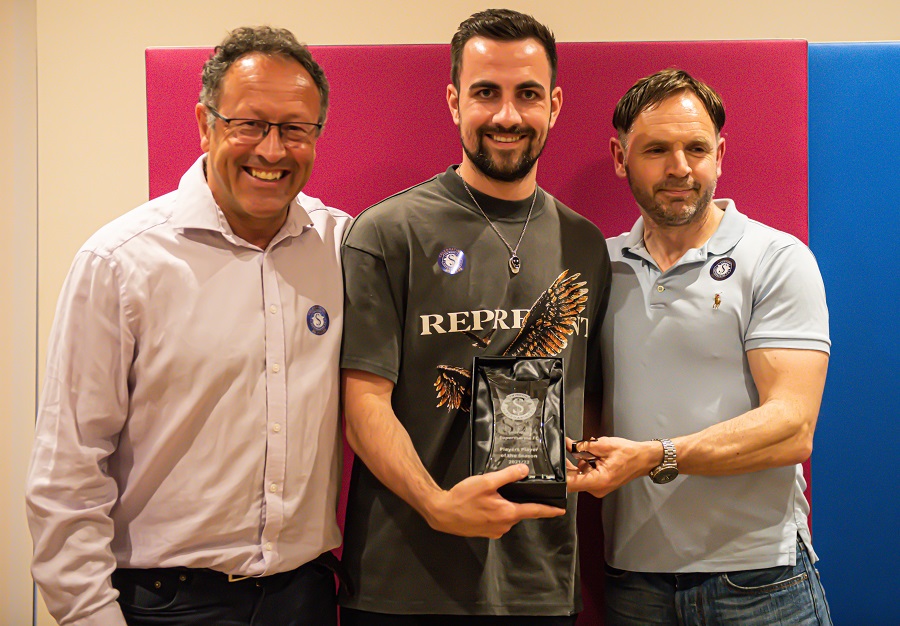 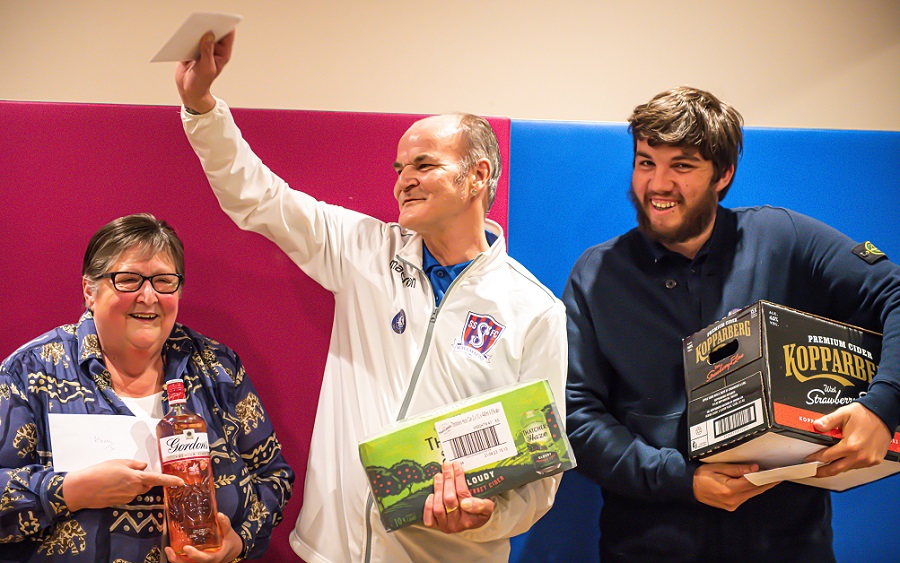 Karen Shepphard along with kit men Swindon Dave and Connor Hanlon were presented each with a meal voucher and drink by the management team for looking after them during the season. Karen for keeping them fed on the away coaches and the lads for sorting out every kit issue they had during the season 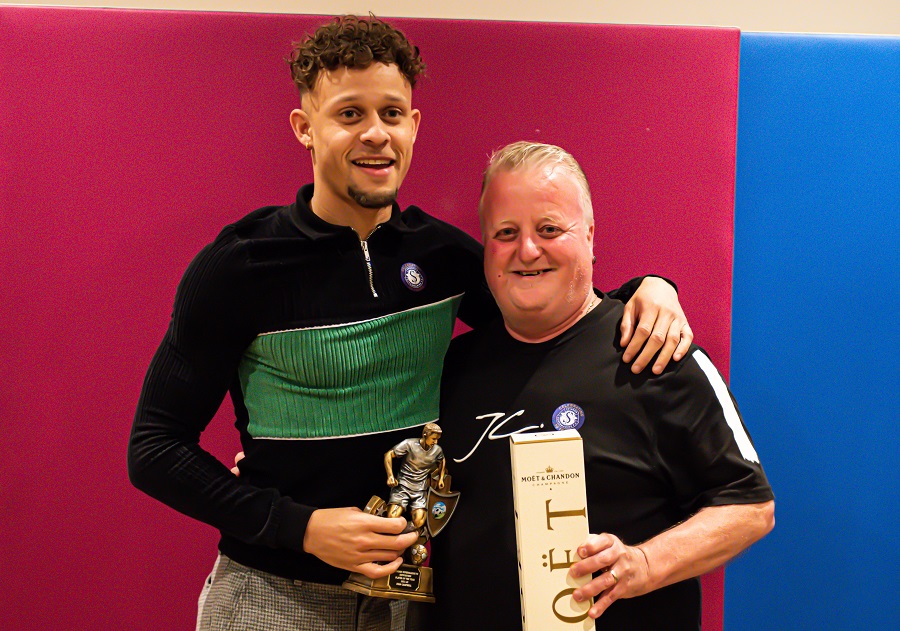 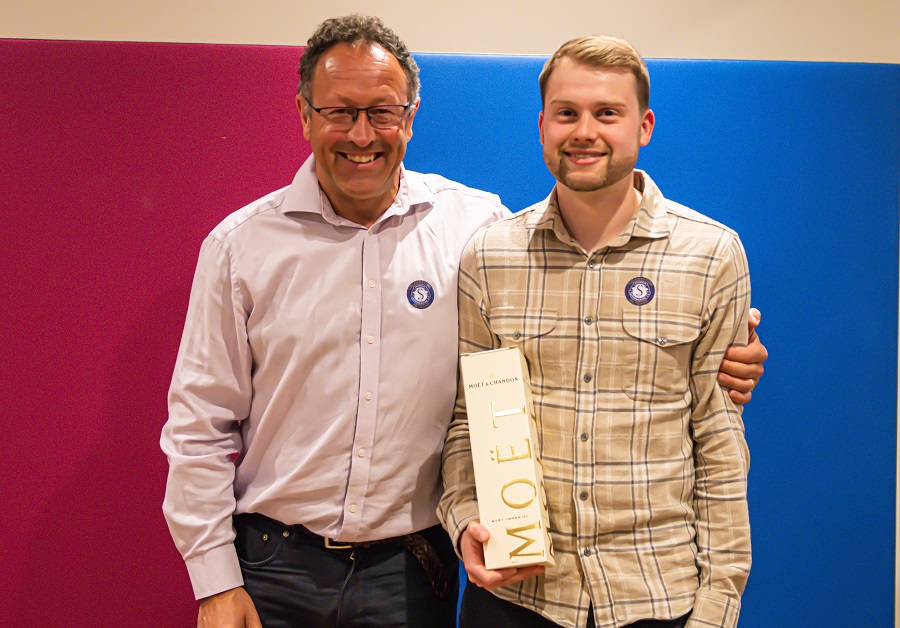 Physio Aaron Stubbs received a bottle of champagne and thanked by chairman Jez Webb on behalf of the club as this was his last season with the club. 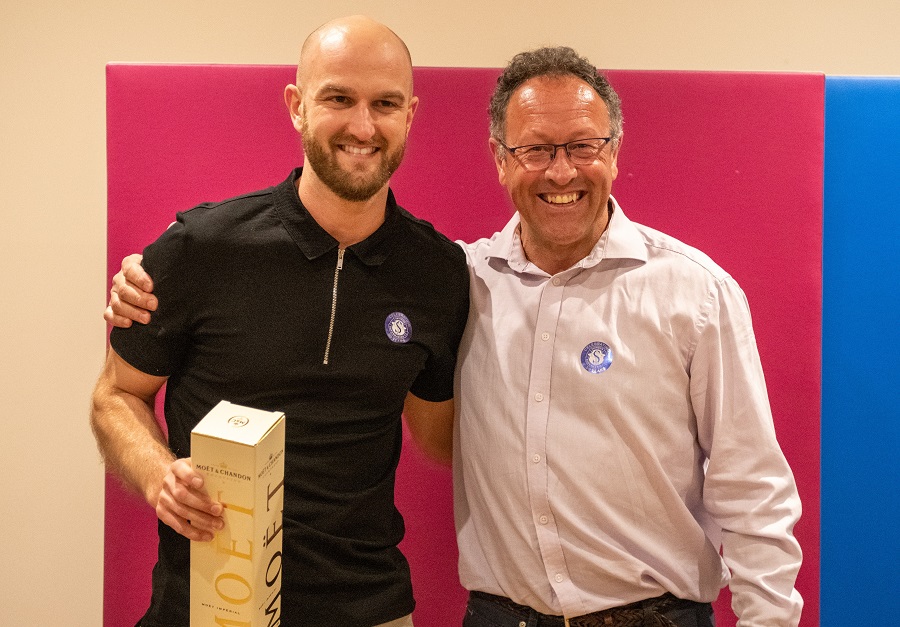 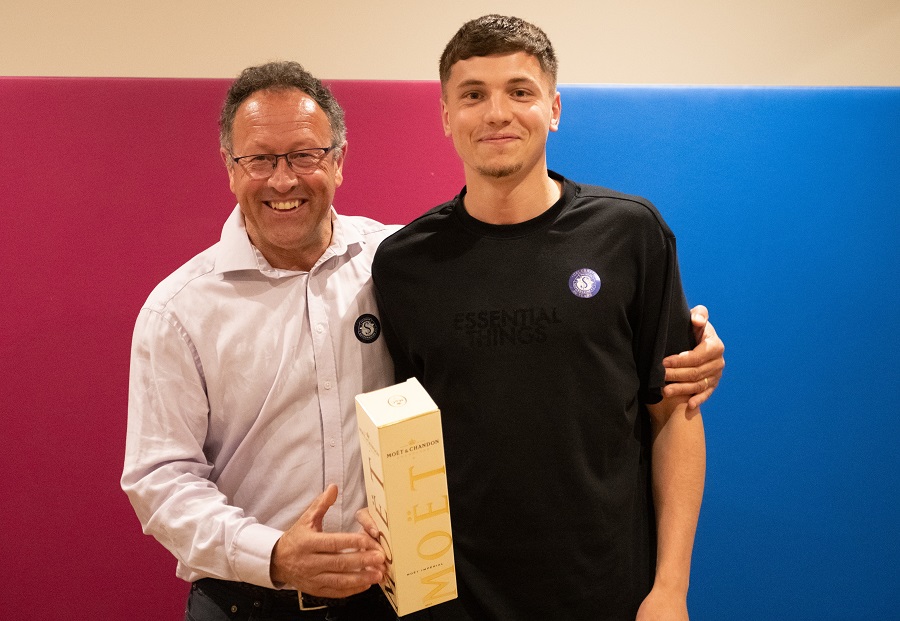 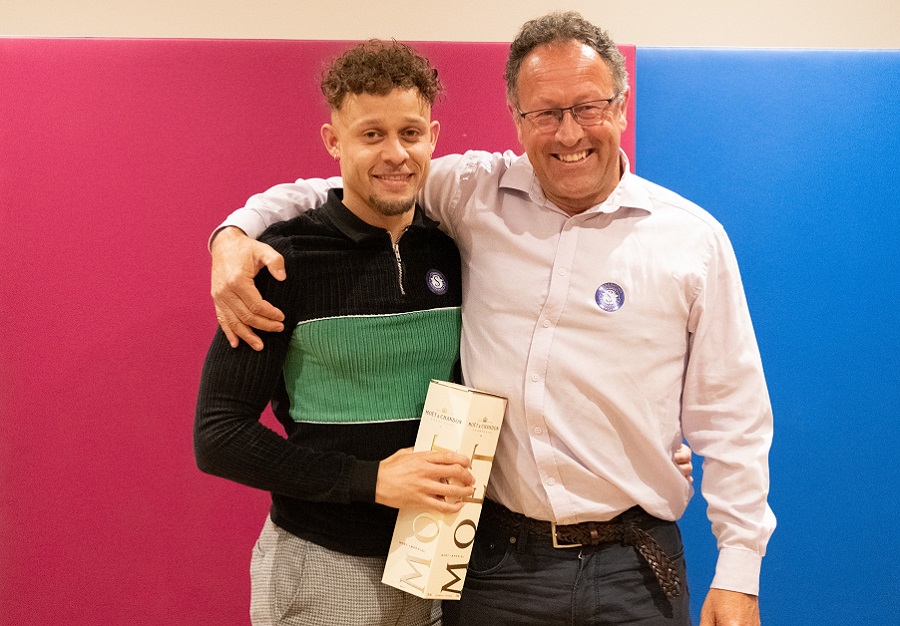 Unfortunately, four of the players that were awarded a bottle of champagne were not in attendance, Martin Horsell with 109 games, Matt Liddiard 119 games, Conor McDonagh 141 games and Brad Hooper 239 games.