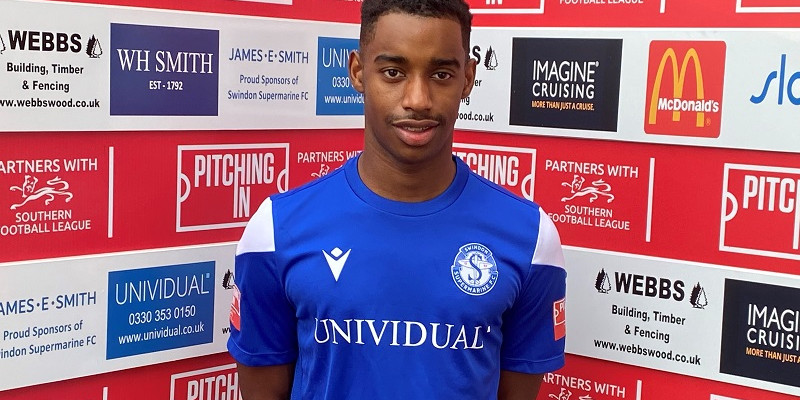 Manager Lee Spalding is pleased to announce the signing of winger Sal Abubakar who finished last season at fellow league side Metropolitan Police in London. Sal has been on trial with Marine since the opening friendly at Cirencester Town where he scored a late goal and then scored again in the 2-0 win over Swindon Town before playing against Gloucester City and Bishops Cleeve.

Spalding said after Tuesday’s training session: “Sal has shown in the friendlies so far that he has the ability and skill to breakdown a well organised defence, scoring a couple of goals against Cirencester and Swindon Town, both were well taken and we believe he will be a great asset to the squad. After seeing him play in those first four friendlies we were keen make him an offer and delighted he accepted. He has shown the ability to be a valuable member of the first team squad here at Marine and will be pushing for a place in the starting eleven. He’s signing will add another dimension and competition to the team and I wish him all the best for the season ahead at Marine.

Sal is a pacey winger who likes to take on the opposition to setup an opportunity for his colleagues or knock in the odd goal or two. He was previously with Metropolitan Police and before them he also played for Walton Casuals and Hartley Wintney after his release from the Reading Academy in 2018.