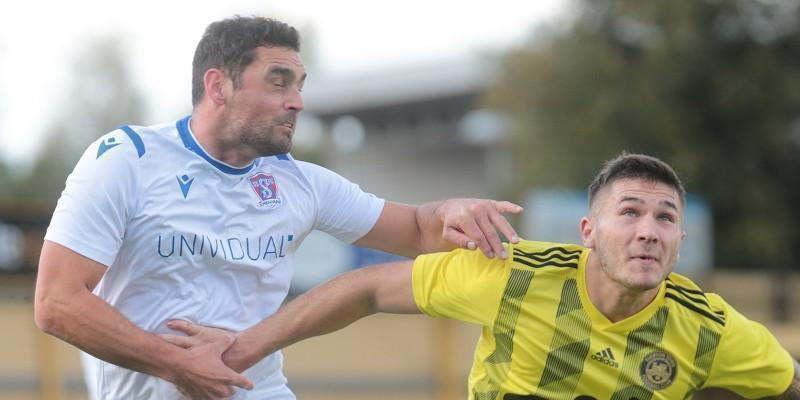 by Brian Davis (Media & Press Officer)
After stepping off the Football Rollercoaster last week, Supermarine quickly found the theme park and unbeaten run very much closed and over. There was to be no exciting follow up as they fell to league leaders Tiverton Town 2-0 at Ladysmead on Saturday afternoon as second half goals from the Jordan Dyer and Jordan Bastin put an end to ‘Marine’s hopes of winning the team of the month award for October!

It was a game of very few chances and on a pitch that had about as much quality as you might find down your local recreation ground on a Sunday morning and more suited for rugby, did not allow for any type of attractive football to be played. It certainly didn’t play to Lee Spalding’s teams strengths as the ball bobbled all over the place every time any player for either side tried to run with the ball over any distance, which led to a very direct game of football that had very little pleasing aspects on the eye from both teams. 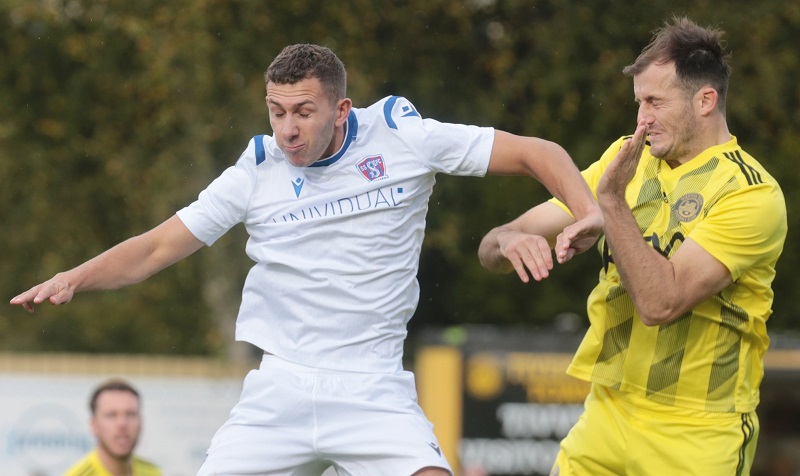 Michael Landricombe had a header cleared off the line by Ryan Campbell early on from a corner, which was pretty much the only chance for either side in the first half. Harry Williams was hauled down in the box by Landricombe in the 34th minute but somehow, despite Landricombe pulling the striker back by his shoulder and neck, the referee deemed it not a foul and pointed for the goal kick.

Williams crossed for Henry Spalding a couple of minutes later, but the winger went for an acrobatic effort, but didn’t time it right and saw the chance cleared. ‘Marine to their credit, did get the ball down on the deck and managed to play some flowing football in the final quarter of an hour of the first half, but despite getting in behind the Yellows back four on three or four occasions, they couldn’t find the final key pass to create a goal scoring chance.

Bastin fired an early second half shot into the side netting and it was 1-0 to the home side when Dyer rose highest to glance his header in past Martin Horsell from Bastin’s free kick that was taken some 35-yards from goal. Brad Gray couldn’t get a finishing touch on Mat Liddiards downward header which was gathered by Lewis Williams in the home goal. 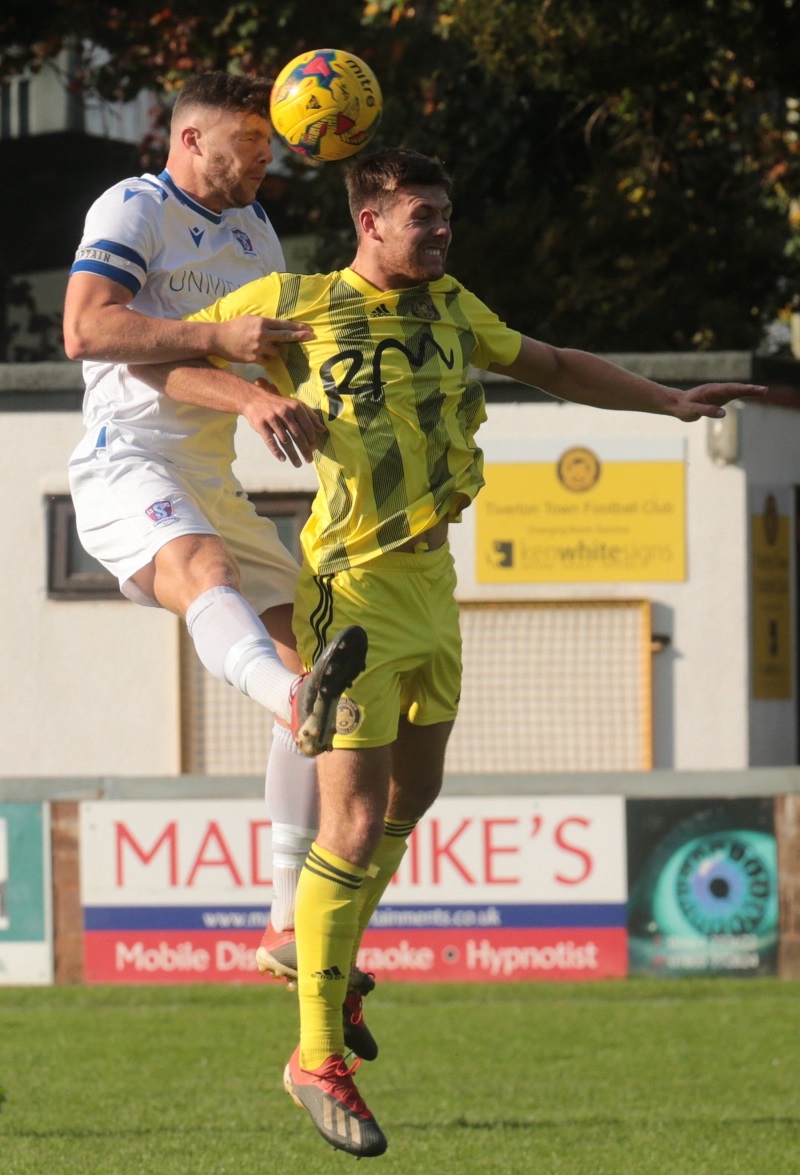 The game was as good as over shortly afterwards when Key got clear after a direct ball down the right and centred for Bastin who slid in to finish past Horsell. From another corner Liddiard won his back post header but Conor McDonagh saw his effort blocked in front of goal. The away side gave a debut to new signing James Guthrie, but he was able to make little impact on the uneven surface.

It looked like it would be 3-0 when Tivvy had the ball in the net when Lewington received a deflected ball in an offside position and calmly finished, although after consultation with the Assistant Referee and the referee, the assistant then raised his flag and the goal was chalked off.

Spalding praised the efforts of his players throughout, but admitted they were simply beaten by the better side on the day. “We started the game alright and we looked okay in the first half,” said Spalding. “We competed well and had a couple of decent chances, so I certainly felt we were in the game at half-time. “They had a good threat at set-pieces because they were a big side, and they were very direct, looking to turn it in behind us. “We didn’t look troubled though in the first half and we looked like the more likely team to go on and win the game to be honest.

“In the second half, that proved not to be the case. We didn’t start the second half well enough and they scored two within the space of 10 minutes, and that’s what killed us.” After playing five games in 15 days, Marine were due to be back in league action once again on Tuesday night against Hayes & Yeading, only for the visitors to draw their FA Cup qualifying game, which now takes precedent.

Spalding feels the midweek break will be a blessing for his side as they are allowed the opportunity to analyse where things went wrong in their weekend defeat. He said: “Once the second goal went in, to be honest, we looked tired. “We struggled to get a reaction really, but we’ve just got to take the positives from this run of games.

“The midweek game being postponed gives us time to recharge and the chance to look at things in training like where we can improve and what we can do better. “You always learn things, and you often learn more from your defeats than you do from your wins.”