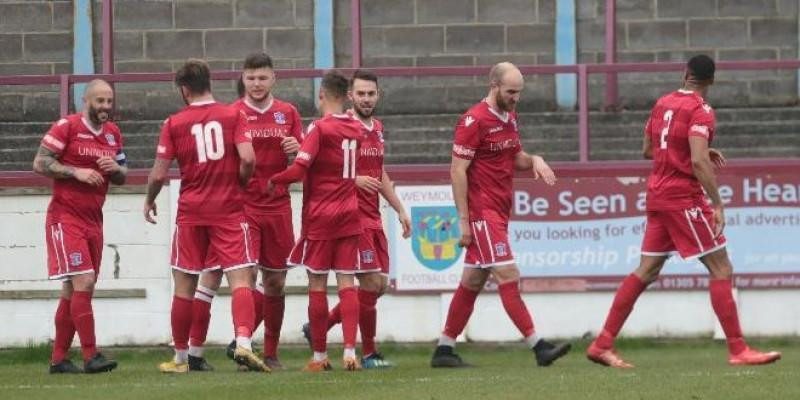 Courtesy of the Swindon Advertiser
A harsh penalty decision was the difference between Swindon Supermarine and Weymouth as Lee Spalding’s men went down 2-1 at the league leaders on Saturday. Marine held their own for the vast majority of the first half, but a lapse in concentration from their wide men allowed Weymouth to get in down the left and set up the opening goal.

Spalding’s side responded through Stuart Fleetwood shortly into the second half, however a debatable handball decision gave Weymouth the chance to respond immediately from the penalty spot.

They took it, sending Marine to their second defeat in three outings, although Spalding felt his side were worthy of taking some kind of prize from the game and called the decision to award the penalty for handball a ‘kick in the teeth.’

He said: “The performance today was still very good. For 42 minutes, we were excellent – we passed the ball well, we created a few chances and it was going well, so to concede on 42 minutes was disappointing.” “To concede with three minutes to play was a bit of a kick in the teeth.” 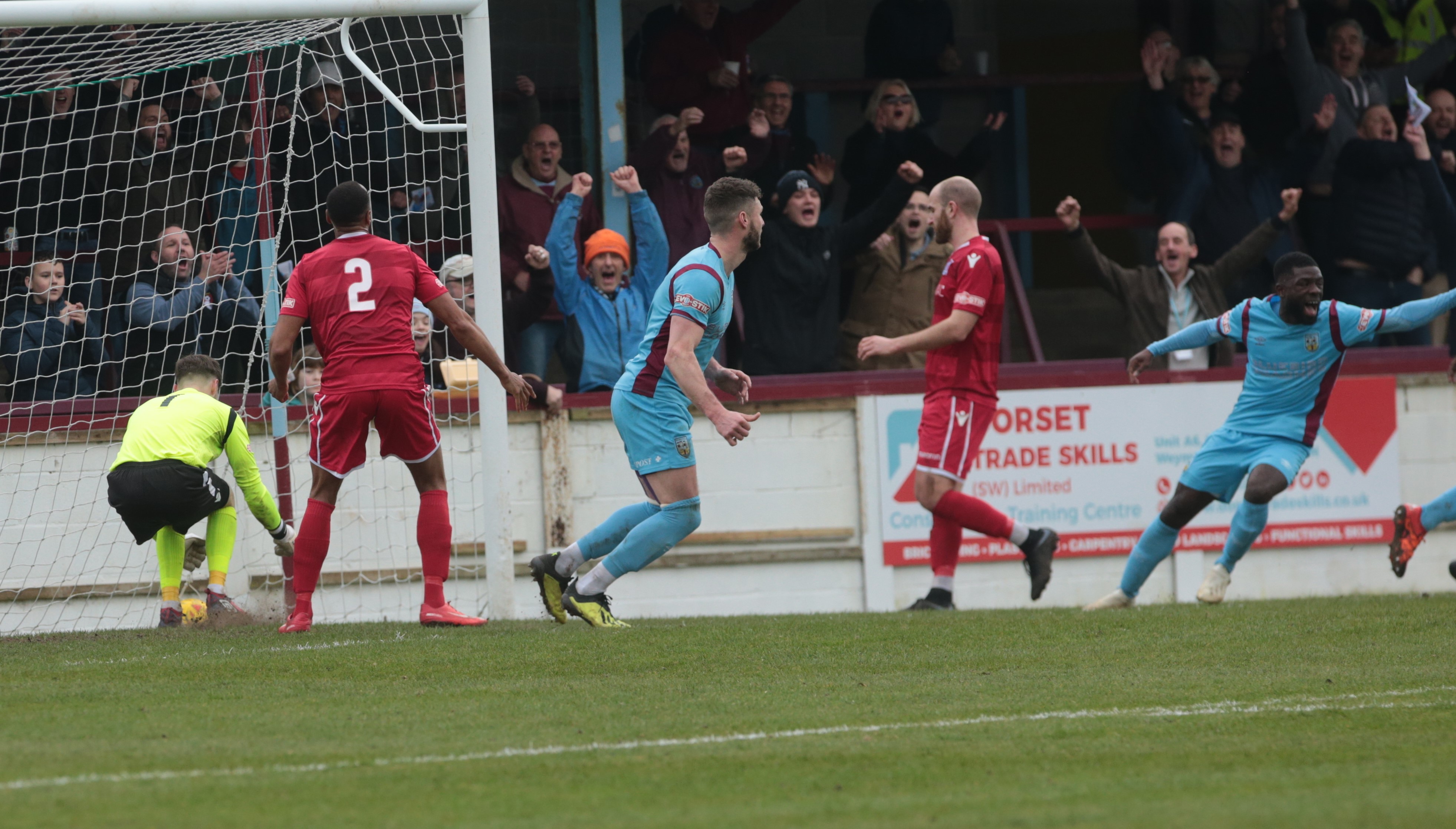 He said: “We got them in at half-time and spoke about getting a reaction and to be fair, we started the second half brilliantly.”

“Everyone was good in and out of possession and then we got the ideal response on the hour from Stuart Fleetwood.” 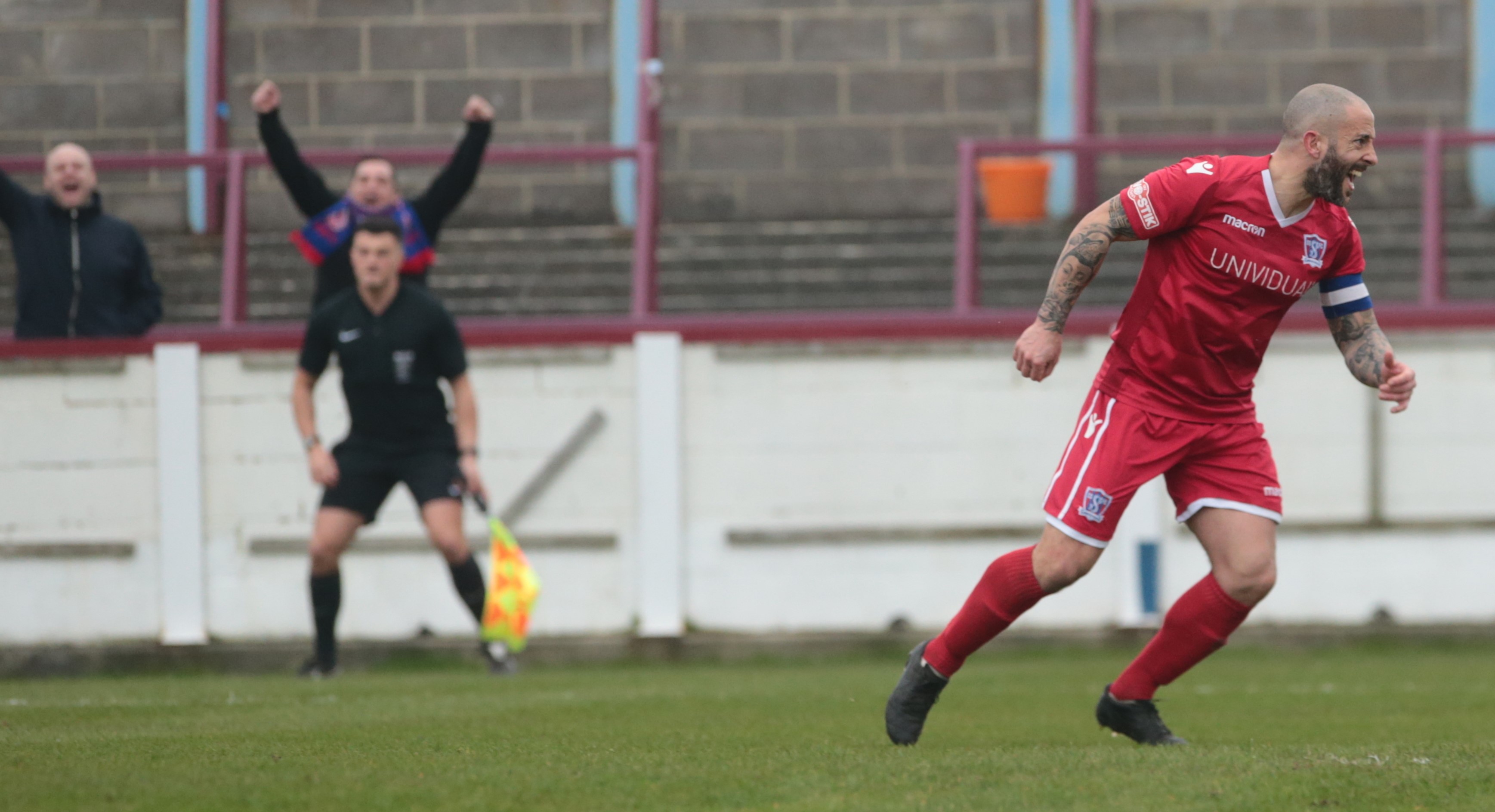 “At 1-1, they looked quite deflated, but straight from kick off, they’ve gone down the left, put a ball into the box and it’s hit Dan Williamson on the arm. It was such a soft penalty – it was beyond belief to be honest. But when you’re top of the league, you’re at home and you’ve got 900 people screaming at the referee ‘handball’, I suppose that’s what happens isn’t it?” 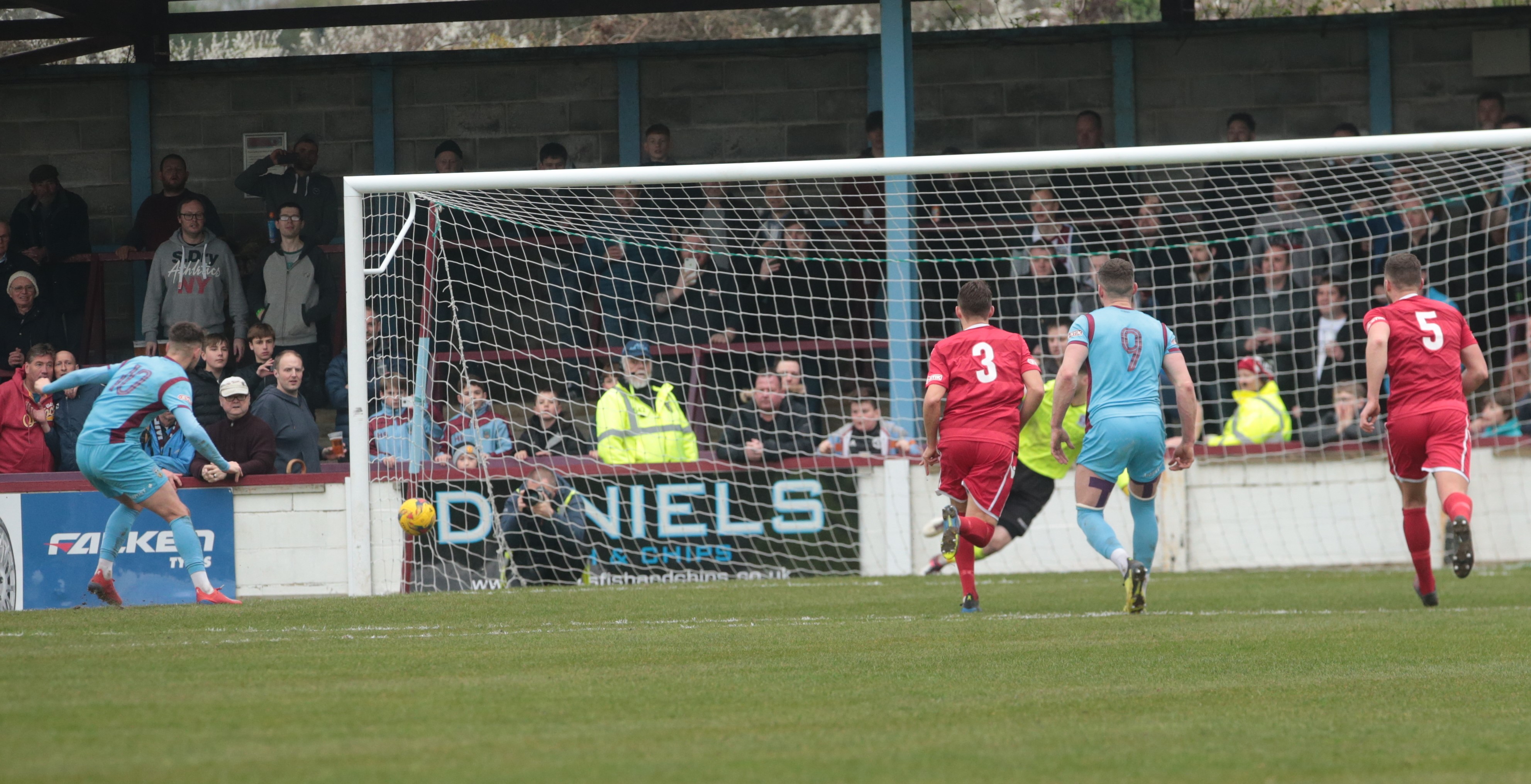 Brandon Goodship scores the Weymouth second and winning goal in the 60nd minute after a harsh penalty decision. Photo by Jeff Youd Photography

“To lose the game on a really, really soft decision like that – it’s disappointing, because the players worked their socks off and put a really good performance in and I thought they deserved better than that.”

We deserved at least a draw!