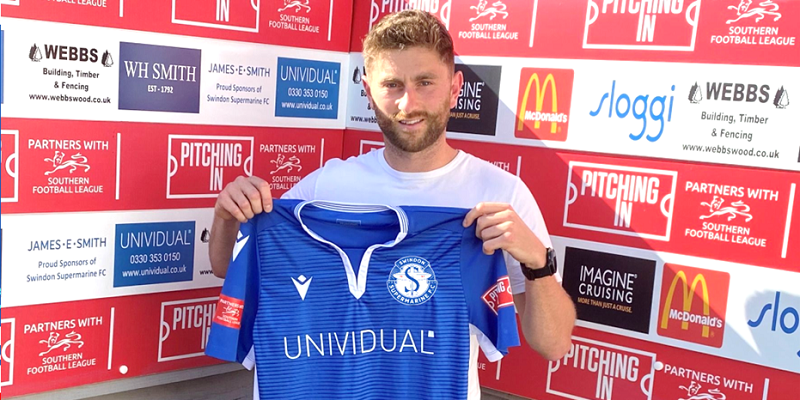 Brad joined Marine in the summer of 2016 having spent the previous three seasons with neighbours Cirencester Town where he was a regular in their side. He made over 100 appearances for the Centurions having started in the Cirencester Academy sides as a youngster. He was another player who was on the club’s radar over the previous two seasons before signing him. He is a precocious talent, skilful on the ball with an eye for a pass as he likes to keep the ball on the floor. He made the central midfield role his own at Cirencester in 2015/16 and he did the same in his first at Marine in the 2016/17 when he scored 15 goals. Although his goals per game ratio have shrunk in the past few seasons, he remains an established member of the first team squad.