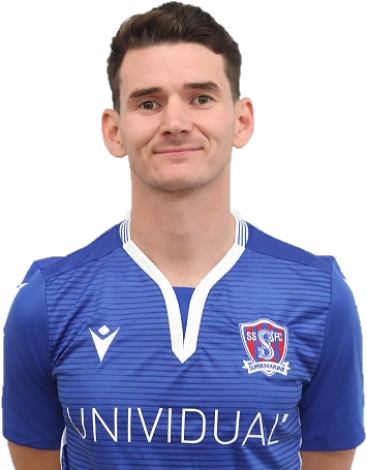 Profile: Bristol based Jake signed for Marine on July 1st 2020 after playing for Yate Town in the 2019/20 season. He signed for Cheltenham Town as a 9-year-old and made four appearances for the first team after making his debut at Yeovil Town in 2009 after scoring regularly for Cheltenham Town Youths. He then had loan spells with Cirencester Town, Bishops Cleeve and Thurrock Town. After leaving the Robins in 2011 he played for then Southern League sides Bishops Cleeve and Shortwood United before joining Weston-super-Mare. He played as a striker up to joining Cleeve but manager Alex Sykes moved him back to play as a central defender where he excelled in his new role. He then followed Sykes to Shortwood United before Jake joined Yate Town in the summer of 2019, where he had an excellent season as a central defender.

Other Sponsorship is available for Jake