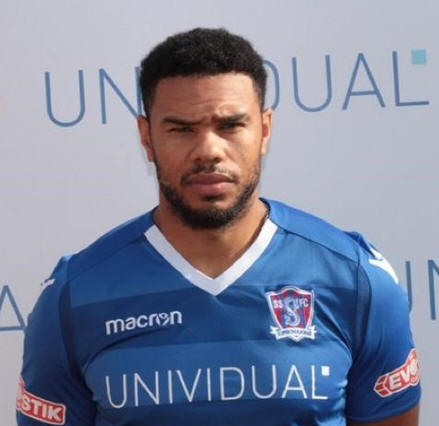 Profile: Jerel returned from a 4-year retirement when he signed for Marine in September 2018. He had a professional career that took him from Watford to Bristol Rovers before returning to Swindon to live and playing non-league football with Staines Town before retiring in 2014. Nicknamed the ‘Beast’ from his days at Swindon he is now enjoying his football once more and after making his debut for Supermarine in a 4-1 victory over Yate Town in September he and scored in the 4-2 win over Farnborough in his second league match.